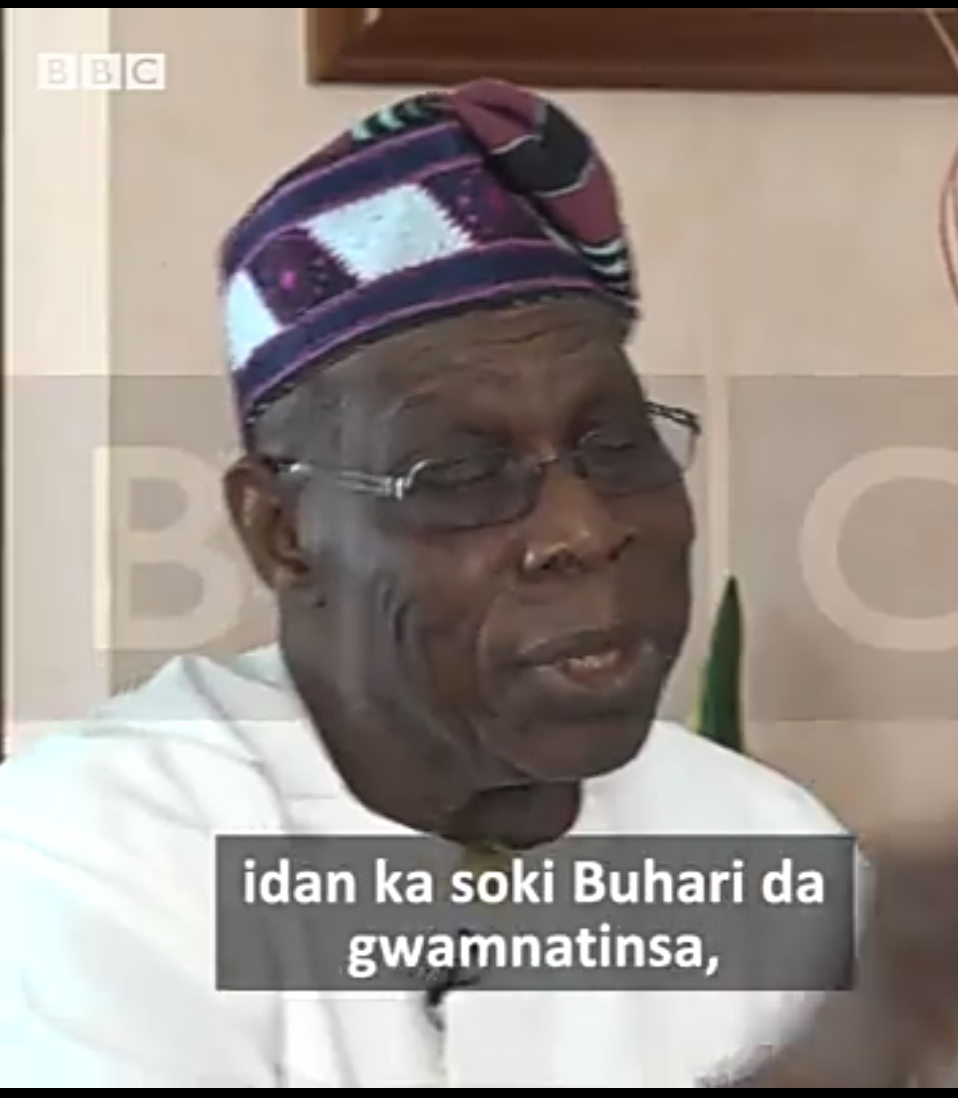 Obasanjo made the allegation in an interview monitored by BBC and has gone viral via social media.

A corrupt is baptised in sins-forgiven waters when he belongs to APC. A former corrupt, non APC member, remains a target of intimidation and humiliation if he dares join in criticism against Bihari’s government.

“…Now you can steal the whole of Nigeria and if you belong to APC, you are safe.

“But you can steal ten naira, if you criticise Buhari and his government. Even when you stole that ten naira fifteen years ago, they will come and say look… it’s the ten naira. We’ve seen that…” Obasanjo said.

In a swift reaction to the interview, Kemi Akanbi an entrepreneur, one of the ardent sympathisers of PMB, revealed to the Periscope reporter in Lagos that a good critic ought to have a clean slate that could not indict him as being claimed by the decay he was criticising.

“OBJ is a doctor of theology, he should have reflected on the biblical analogy; a story about the prostitute in John 8:6-8 the Jews wanted to use to attack Jesus, where they reported her act to Jesus to find out if they could be allowed to stone her to death.

“6. They said this to test Him, in order to have a basis for accusing Him. But Jesus bent down and began to write on the ground with His finger.

“7. When they continued to question Him, He straightened up and said to them, “Let him who is without sin among you be the first to cast a stone at her.”

“8. And again He bent down and wrote on the ground.

“That’s what the Bible says.

“Critics with clean slates are having their field day criticising PMB led government, they are never accused of corruption with a view to sealing their mouths based on what they stole.

“Prof. Wole Soyinka is one of the critics. Was he intimidated, harassed? Was he asked to return what he has stollen with a view to sealing his mouth?

OBJ could have been a good critic. However, he’s primarily a subject of criticism,” Kemi said