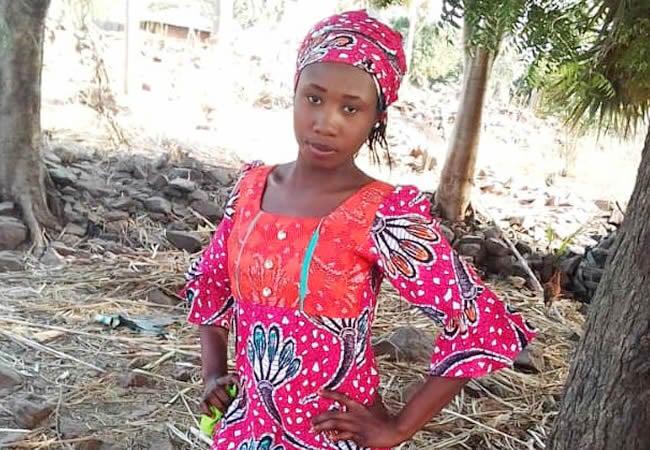 The headline above, is credited to Mustapha Bagudu’s story below, earlier published in TheWill. However, it seems that the story of the abducted Chibok girls is overtaken by the Dabchi girls abduction and more specifically Leah Sharibu that is literarily made a protagonist; a heroin of some sort in her sufferings, which could be among the reasons for remaining in the forest with the wild.

How does Salkida in Diaspora get to have the contacts and effectively communicate with the leadership of the Boko Haram?

What is the update on the remaining Chinook girls and others in captivity? Could Salkida furnish us with the information as we read of leah?

It was initially reported that Leah would not be set free if she failed to renounce the faith she ardently professed and that non of the insurgents would she be married to by holding tenaciously to her faith.

It seems there is a twist of fate somewhere. However. The good story is Leah the Sharibu’s pride is still alive at whatever the price.

President of Ekklesiyar Yan’uwa a Nigeria (Church of the Brethren), Rev Joel Billi, has revealed that a journalist who has access to Boko Haram, Ahmad Salkida, told him Leah had become a mother.

The cleric said he got the call from Salkida on the same day the journalist announced the execution of the Chairman of the Christian Association of Nigeria in Michika Local Government Area of Adamawa State, Rev Lawan Andimi, by Boko Haram.

Billi said, “Ahmed Salkida, whom I knew as a young boy when I was a pastor in Biu, called me to inform me that Andimi had been gruesomely murdered.

“I was also told by Ahmad Salkida that Leah Sharibu had given birth to a baby. I was devastated. I was staggering and almost fell down because I was shocked to hear that.

I WAS TOLD LEAH SHARIBU IS ALIVE — FREED AID WORKER “I couldn’t absorb the shock because Leah Sharibu had become a symbol of the Christian faith. I consider her Christian faith stronger than even that of many church leaders.

However, Leah’s family has described reports that she had a baby boy in captivity as a rumour saying all they want is that she returns alive with or without a baby.

A senior lecturer at the Department of Political Science, University of Jos, Dr. Gloria Puldu, who speaks for the family, made this known to Punch.

Dismissing the reports, Puldu said, “I have seen reports that Leah had a baby boy. That is just a rumour as far as we are concerned. What we even desire is to see a proof of life so that we see Leah by ourselves. If they are able to have Leah safe, we will understand.

“The most important thing is that we want her to be alive. And if she is alive, we will praise God for that. They should release her, despite whatever condition she is in. That is all; it doesn’t matter whether she is pregnant or with a baby. Is it not better to have your child alive? So, it doesn’t matter, all we are interested in is her life and safety.

“I spoke with Jennifer, who was in Boko Haram captivity, last Monday or Tuesday. I was able to speak with her one-on-one and she told us that she did not see Leah in captivity, but she was with Alison Gada, who informed her that Leah was alive, healthy and not dead.”

THEWILL recalls that Leah was among 110 schoolgirls abducted on February 19, 2018 by Boko Haram terrorists from Government Girls’ Science and Technical College, Dapchi in Yobe State.

In March 2018, the Federal Government announced the insurgents had returned 106 of the kidnapped schoolchildren but that Leah was not among them.

It was reported that Leah, who was 14 years old at the time she was kidnapped, w as not released because she refused to convert to Islam