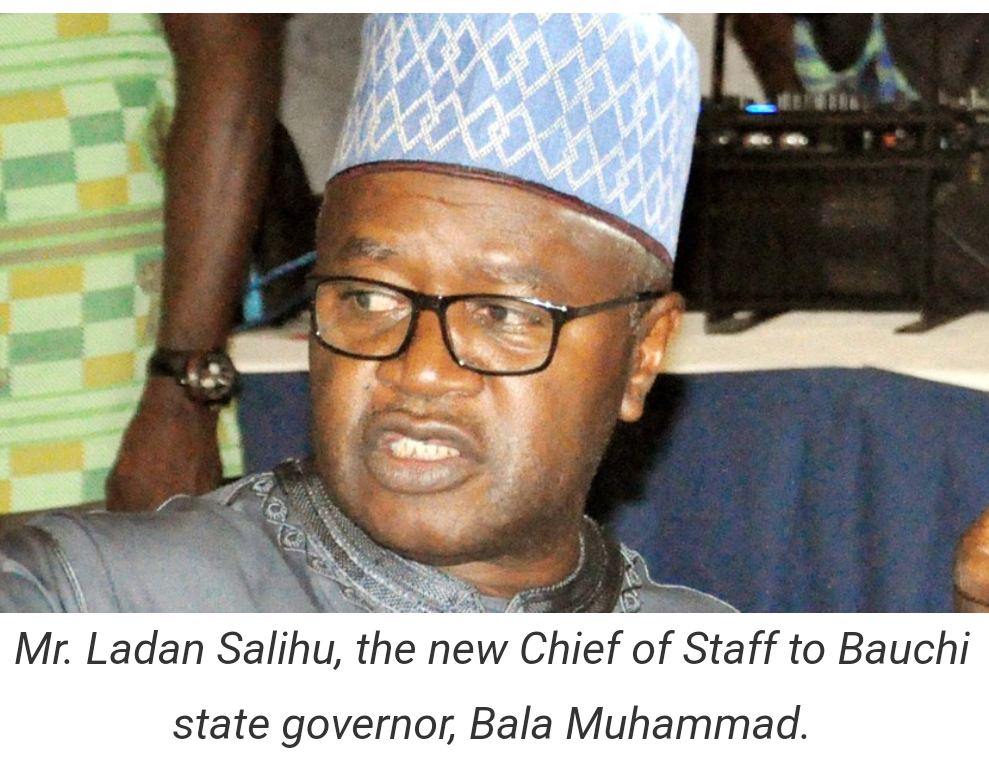 According to a press release signed by the secretary to the state government Mohammed Sabiu Baba issued to Journalists in the evening of Monday, the new chief of staff replaces Alhaji Abubakar Kari who voluntarily resigned.

“His Excellency Sen. Bala Abdulkadir Mohammed CON, has approved the voluntary resignation of Alhaji Abubakar Kari as Chief of Staff Government House. Accordingly. His Excellency thanked him for the selfless services demonstrated during his tenure in office and also wished him Allah’s guidance in his future endeavour”. The statement reads.

The SSG also said the appointment of the new chief of staff take immediate effect.