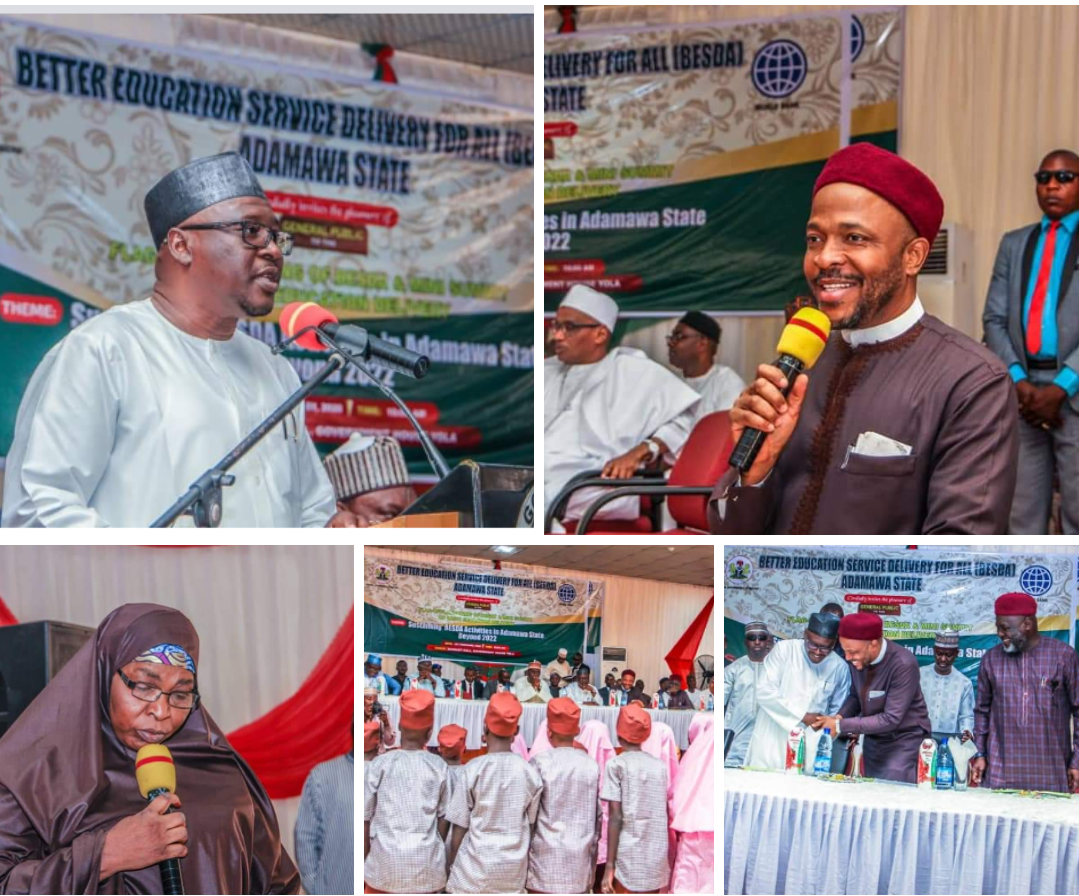 The federal government under President Muhammadu Buhari was fully committed to providing equitable and qualitative education to her citizens as part of her efforts to minimise the number of out of school children in the country, the State Minister of Education Hon Chukwumeka Nwajugba assured. 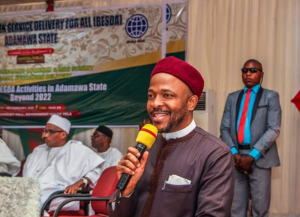 Chukwumekadisclosed this Saturday, while addressing stakeholders during the flag off of the “Better Education Service Delivery for All, BESDA at the Government House banquet hall in Yola, Adamawa State, Northeast Nigeria.

Adamawa is the first State to launch BESDA in Nigeria. 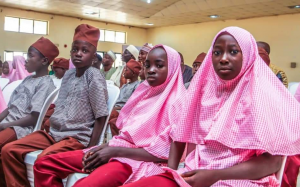 Chukwumeka revealed that the federal government, in collaboration with the state government were being assisted by the World Bank to ensure every citizen has access to qualitative education with a view to reducing the 10.1 million out of school children in the country.

Chukwumeka disclosed that the programme would run across 17 states including the entire northwest and northeastern states that were for the most part, educationally disadvantaged and devastated by banditry and insurgency.

Chukwumeka has called on the stakeholders to join the popular call in tackling the obstacles the played prominent in the enrollment of Nigerian children into formal education, stressing that no nation could develop without first, developing its education sector.

Nwajugba has commended Governor Ahmadu Umaru Fintiri for his struggle in restructuring and in revitalising education sector in the state and for being the first to launch the programme in the country, which he said was a clear indices of seriousness, commitment and indication of dedication to the development of Adamawa State.

In his speech, while launching the programme, Governor Ahmadu Umaru Fintiri said BESDA was in tandem with the free education educational policy piloted by his administration, which came to effect barely two months with his assumption of duty. 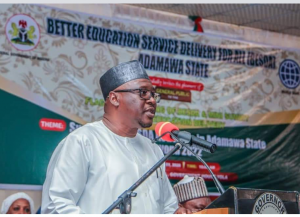 Fintiri further, revealed that the state has so far yielded positive result in the programme, with emphasis on better implementation of the Universal Basic Education UBE.

Fintiri disclosed that the state government was implementing free education at both basic and post basic levels, stating that it was accessible to all relevant indigenes. It was with a view to stop the generation of out of school children in the state and to clear, though unverifiable projected number of over 239,000 out of school children in Adamawa by the year 2022.

Fintiri said a total of 51,205 girls and almajiris were enrolled from 12 local governments areas of the state. They would be retained for nine months before they could be reintegrated, assuring that various incentives were already provided to parents and the children, while digital equipment would be supplied to schools for data collection.

The governor projected that there would be more results in the near future. 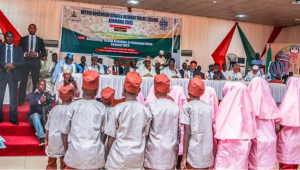 Fintiriassured that his government would not rest until every child in the state has access to free and qualitative education to be able to be in tune with the knowledge based system and society; to be able to get the almajiri out of banditry and the chronic-know-nothing out of insurgency industry.

While thanking the federal government for the BESDA initiative and the World Bank for contributing in translating the initiative to reality, Fintiri tasked the university dons and educationists as concerned participants at the summit, to feel free in submitting constructive ideas that would concentrate in concretising the programme, expressing government’s commitment and willingness to implement the contributed constructive inputs for the development of the state. 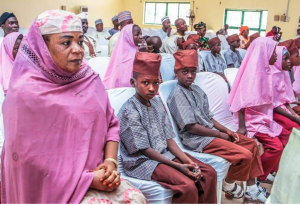 Earlierin her welcome address, the Commissioner of Education Hon. Welbina Jackson, thanked the state government for her total support, which made Adamawa to be the first state to launch the programme in the country.

Jackson pointed out that BESDA was in line with the eleven point agenda of Governor Fintiri, namely; free education initiative that saw the enrollment of 51,205 children into 2019-2020 modern tsangaya centres.

Jackson commended the timely support of President Muhammadu Buhari led federal government and other stakeholders for the novel initiative and coordinating supports.

Contributing, the National coordinator of BESDA Prof Gidado Tahir said when fully implemented as initiated, the programme would no doubt address the problems associated with out of school children by enhancing better education for all, where he pointed out that all parameters have shown that the programme has come to stay; “it has so far, yielded positive results in the focal seventeen states of the country”.

Joining the Hon. Minister, Prof. Tahir thanked Governor Fintiri for his efforts in ensuring that Adamawa was the first state to start implementing BESDA in the country; stating that it was a testimony of the Fintri’s intense interest in promoting education as a priority in the state.

In her votes of thanks, the acting chairman, Adamawa State Universal Basic Education Board ADSUEB, 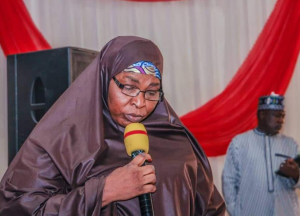 HajiyaFadimatu Alfa, appreciated the PMB led federal government with the World Bank for supporting the educational sector in the country and Governor Fintiri for his dedication in making the programme a reality in the state. 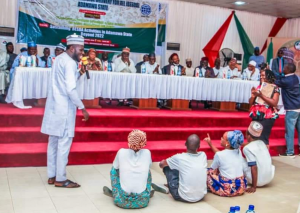 Highlightsof the programme include songs and educative playlets by the cultural troop and the school children; the BESDA beneficiaries.