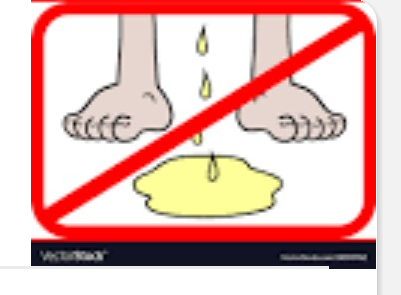 An aged man of wisdom simply smiled. His smile was a medium and the medium, as an end in itself, is the message.

A native lamenting over an action that characterised contempt of court, the chief executive and the security orders, in more of a monologue, asked about “who the hell is” behind the impostor’s continued arrogant romance with the contempt of court among other orders, capable of inflaming a peaceful coexisting community that is intolerant to heresy and any form of anarchy resulting from any attempt to disorder an established monarchy?

The man of wisdom was reported to have told the native, lamenting over the disappointment occasioned by apostasy as an act commissioned by an impostor in company of those in complacency and/or compliant to the however unwritten manifesto, crafted and construed by the conspirators as godfathers playing “God the Father” that he could feel his lament but there is the question of Divine, “in God and to God alone is our prayers.”

The man of wisdom would caution for patience that it was’ about time. Everything was interestingly getting closer to its permanent end.

“You see, there are the forerunners to, against peace and mutual coexistence, Satan would not stop tempting the weak hearts to threaten the peace and unity, to disorder the established order… But there’s always a solution; repelling their ill-conceived, motivated by sentiment, betrayed by inferiority complex agenda that continue to deeply deafen their conscience, to their dismay, end in humiliating defeat,” the man of wisdom would say, smiling.

The smile is indeed a message that the breath in, bred by and the forerunners to Lucifer could hardly decipher.

The overambitious could not conjure up the meaning of a smile read from the face of the man of wisdom in Jalingo-Maiha; a window through which Bindow would not peep. Someone is certainly about to pee. The man of wisdom would say, “after tomorrow, for a remorse to remain an afterthought”. 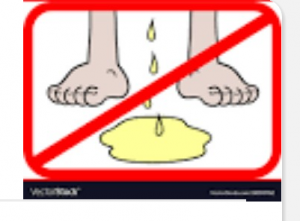 Idi the impostor was rumoured to have been invited by Idi Amin Pakka, the Maiha LG chairman, through his adviser, to bless the flag off ceremony for the grading of road project, as a district head of Jalingo-Maiha, Maiha local government area, northern senatorial zone of Adamawa state, northeast Nigeria, scheduled for today being Tuesday.

The Periscope reporting monarchy on Monday, tried in vain to reach out to the chairman Idi Amin of Pakka to authenticate the story; whether or not he joined in complacency to the contempt of court and other orders. The Tuesday call could not as well get through.

The Periscope reporter sent to Maiha to cover the event and other activities Tuesday, articulated that the impostor was in Jalingo-Maiha as was rumoured to have been invited.

The Periscope reporter will find out on whose invitation must the impostor have to be in Jalingo-Maiha district today being Tuesday February 4, 2020, even though there is a court hearing resulting from the appeal he filed against the High Court ruling that kicked him out of the monarchy in Jalingo-Maiha, he is yet to recover from the humiliating, never thought of a court defeat against a sitting governor of misgovernment.

The impostor, was by the court order, restrained from parading himself as a District Head of Jalingo-Maiha, the appointment hitherto coerced on him by former governor Bindow against the submission of the Mubi Emirate Council, against the monarchical order in and the people of Jalingo-Maiha, typical of fascist regime breeding anarchy, the Periscope would not relent revealing.

Bindow as a governor, declined to approve the appointment of Barr. Mahmud Abubakar Suleiman as the legitimate District Head of Jalingo-Maiha; a fantastic dishonour of court order, though did not appeal against a Yola High Court Judgement, suggesting acceptance of Judgement but declining to carry out the court order; a technical dishonesty to the executive seat being occupied.

What could be the ground for Idi’s appeal against the Yola High Court ruling and judgement? Which case file did Idi use in filing the appeal? Is Idi arrogating to himself the role of a governor to have added to the endless list of insubordination, eventually to be charged against him?

No comment. The the hearing, the appeal court ruling and judgement, starting tomorrow being Wednesday, will provide the answers.

The story has it that the impostor, with other conspirators, thought that Governor Ahmadu Umaru Fintiri would be chased away from Dougirei Hill to be replaced by Bindow for the romance with the contempt of court order to keep nourishing; setting the scene for anarchy.

The conspirators were to be disappointed by the Supreme Court judgement as much as they are to be with the baseless appeal after having spent fortune; cash, carelessly over a case that is never to be a case rather than obstruction.

Mary Kazai, now a retired permanent secretary, was said to have taken her cut, having insubordinated the chief executive with misleading letters, deceiving the overambitious, to carry on with playing the impostor with impunity for anarchy the monarchy and peace loving, peace living people of Jalingo-Maiha, have found intolerable to log in.

The SSG Adamawa state, the Commissioner of Police, through the DPO and the SSS among other security agencies stationed in Maiha, have played and are still playing tremendously, their parts, to keeping peace against anarchy in Jalingo-Maiha district and the local government area in general, for which the legitimate, peace loving people of Jalingo-Maiha commended with appreciation.

Now two down. How many to go? Who is next?

Tomorrow will be another down with the appeal court hearing. What is next?

It is getting closer to what the aged man of wisdom in Jalingo-Maiha would philosophise to as “final end.”