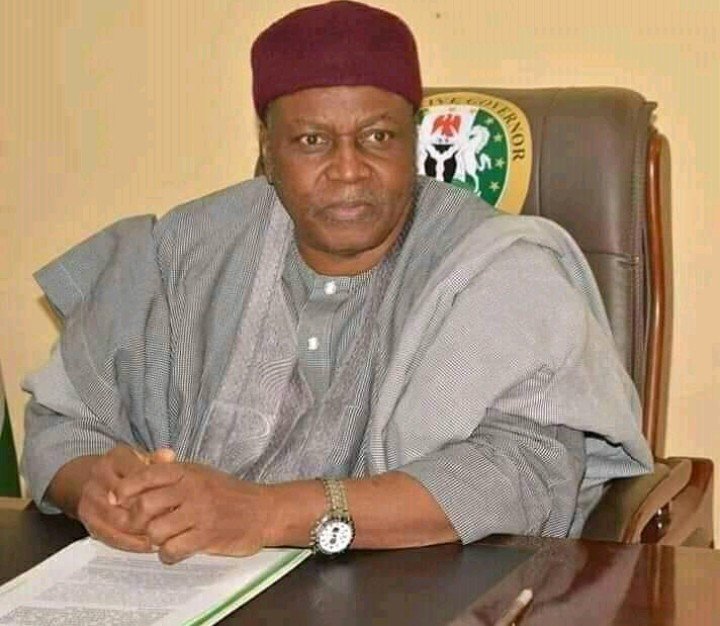 No one seems to be boldly talking in Jalingo the Taraba state capital, northeast Nigeria. Some citizens are merely grumbling; the atmosphere is gossip-gasping.

Governor Darius Ishaku of Taraba state is 53 days today away from the state that is divided mainly along religious line with adherents that could neither chase heretics away, nor condemned liquor to sanitise the scene against sinning.

No one will dare the devil against Darius’ absent. It will be an obscenity if the Sir in Danjuma – said to be the state’s landlord – does not say so.

Darius is rumoured, is it established! to be in Abuja for medical attention. The deputy governor is not handed over the acting capacity as the chief executive of the state; everything is said to have stands still for 53 days and still counting.

The civil servants are not bothered if the governor can be 100 days in bed away, provided that their salaries are promptly paid, whether or not there is anything to do in the office lacking stationeries, some of them can reveal to the Periscope reporter in Jalingo.

However, the governor is away, with no acting capacity, salaries cannot be promptly paid, a painter replied, lamenting how he is indebted and how impoverished is the atmosphere as the commerce isn’t any brilliant.

The state is divided along religious line with adherents coexisting in mutual mistrust and suspension. While some citizens are nursing the opinion that the deputy governor, even constitutionally, ought to be in acting capacity, playing the governor, other group of citizens are saying that the governor has not been flown abroad and Abuja is but only a few miles away; he can be there for as long as he wishes, directing the affairs of the state.

“The different groups are not arguing based on the ruling and opposition political parties. It is also further away from ethnicity. There’s the religious sentiment heating and hitting the polity,” a neutral political commentator, will in Jalingo explain.

Darius is 53 days away from Taraba today.