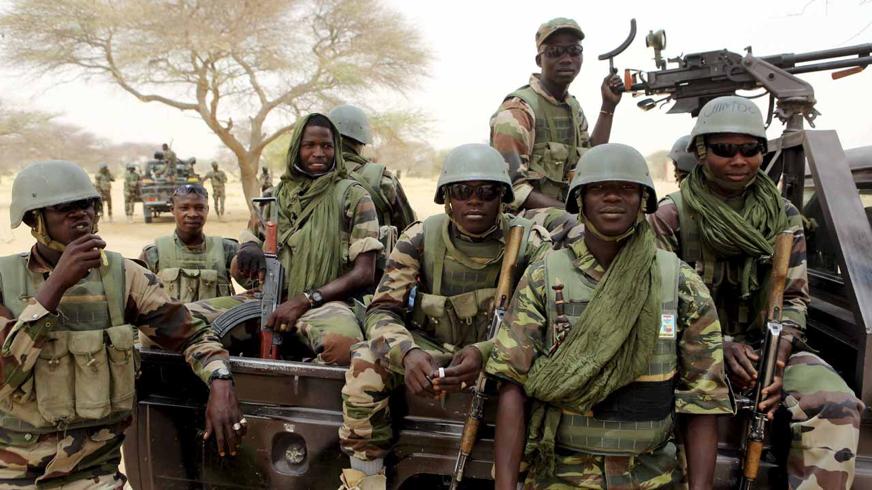 1. Insecurity was only prevalent in the southern half of Nigeria.

If it is not fulanis killing in Enugu, it will be in Edo or in Osun.

The aim was to ensure that no southerner vote for the common enemy, the northerner.

This was actually achieved, as no South Eastern and South South States gave the winning candidate and his party up to 5 percent of votes, while some gave less than one percent.

2.The Boko Haram, crisis got worst within this same period, which led to the then “National Security Adviser” declaring that, members of a political party, which he is serving under were the sponsors of the mayhem.

This person was relieved of his appointment and later died in a questionable air crash.

The mayhem continued with a sinister motive of ensuring that, the states involved will not take part in the national elections of 2015.

This was based on the premise that, the constitutional requirement to be elected president is 25% of 2/3 of all the states in the country.

Fortunately, they were made to understand that, if the vote difference between the winner and the next candidate is less than the number of registered voters in those states, they want to disenfranchised, the election will be declared inconclusive.

This was the major reason why they had to call for postponement of the election for 6 weeks, to avoid such consequences.
Rest is history.

Unfortunately or fortunately, whatever way you wish to look at it, 2015 elections was won and lost. Now another chapter was opened.

1. Shortly after the new government came into office, the president was hit by a strange sickness.

This was capitalized on, with so many wishing him dead. God in his infinite mercy, restored the president’s health, that is after rumours came that, he was poisoned.

This was never officially confirmed, but the closure of the president’s office for about 3 months, seems to lend some elements of truth to the rumours.

The plan has once again failed. What next.

2. The planners are now convinced that, they have the “south east and south south” completely under control, but since that can not get them what they wish, then what next.

Plans to use religion was activated. Claims of fulanis heard men attack was shifted to the north central, southern kaduna and some states in the south west, away from the areas those issues were been reported, pre 2015.

This also achieved its aim and purpose, which led to the blackmail of a governor and he has to decamp to another party to continue to receive the support of his people who have already been brainwashed to hate a particular group of citizens.

The effect of this was fully seen in the results of election in the targeted states, except probably for platue state.

The losts for the ruling party in states such as adamawa, bauchi and oyo was due to the religious dimension of the propaganda and campaign.

3. After party primaries in 2018, when the 2 major candidates happen to come from the north, both can be classified as fulanis and all are Muslims, it became necessary to change tactics, so as not to shoot one’s self on the foot.

Overnight, 3 months before campaign commences, heardsmen stop their attacks across the nation and the issue of President Buhari’ tribe and religion became a non issue throughout the campaign and election period.

What happened, everyone should ask him/her self. Fortunately or unfortunately, elections were conducted peacefully and it was won and lost.

1. There was silence everywhere, all aggrieved candidates went to court up to the Supreme Court and judgement issued in favour of different litigants.

Next chapter starts. All the regions in the southern part of Nigeria, at peace within, the north central is at peace except for Niger and Kogi states, but the North West picked up the heat, if it’s not bandits burning villages and killing people, it is kidnappers going around in every nook and conner, except for zamfara state as at now, abducting people who can not even take care of themselves, (but living the rich, the political office holders), or preventing citizen from traveling by road and even efforts been made to ensure that the railway is unsafe.

Yes these crimes are happening but, the few people i have seen been arrested by the police, i can’t believe that if they have enough money to buy an “AK 47”, majority of them will avoiding placing their lives in danger, by not going into the crimes they are committing.

Let’s assume they have the money to buy, what about the source of buying such arms, i don’t think automatic weapon are sold in the shelves of a supermarket, so from where and how are they getting those weapons?

May be, if this question could be answer sincerely, we may be on way to solving half the problem.

It’s funny most of the reports on security incidents in the north are first reported by either the social or mainstream media from the one part of the country.

2. The main objective of the consiparators is to try and create division, (tribal and religious), though they themselves cut across those groups, have found out that, it is becoming impossible to achieve that, they therefore, are taking steps to create a situation that will bring down the government, either through popular uprising or military take over, as it happens in the past.

3. The next stage therefore, was the creation of a media (both social and mainstream) hype that, the security chiefs are the culprits, in not getting the insecurity, which some people deliberately created and are controlling its execution.

The noise became so loud, like many other social media instigated issues, that there is no media across the nation, especially in the north, that in every one hour program, out of 24 hours, that the issue will not be brought.

Immediately the president called for security meeting with the heads of security agencies, all the media houses started anticipating changes but alas, the president disappointed them. This conspiracy has also fail.

The aim and purpose was to cause a change in leadership of the military, most especially the Army, since those in these positions have refused to play ball and have shown 101% loyalty, as envisage by the constitution.

They are hoping they may be able to buy out any new persons that might be appointed or those people might be ambitious enough to attempt to take over the government.

There is something about any group whether criminal or peaceful, which is normally referred to as signature, which in ordinary language means modus operandi.

This incident, is way out of, Boko Haram methods of operation. Therefore, there is a lot than meet the eye in the incident. Questions need some answers.

5. Few days after, the issue of security chiefs was forcefully led to rest, by the president, the nation was informed about the seizure of “8 million plus Unites States Dollars”, being shipped out of the country through the airport in Lagos.

Other than, the press conference by the head of the customs service, there were no discussions on the issue either in the mainstream or social media as is the case with issues considered as security threats.

Are there more important issue in the fight against insecurity more than, finding out why that money is being taken out and whether it’s part of the money to used in funding the insecurity?

May be, the owners of the money are those that control the media campaign on the insecurity hype.

This is a personal view of security analysis based on observed events and thereby making some opinions and conclusions.

Right or wrong, this is my exact perception of what i see. Let us try and answer the following questions sincerely.

1. Why is it that, there is transitions of in security in the country based on certain interests.

From the south to north central (mostly Christian dominated areas) to the north west and north east presently.

2. Why is it that some certain states even within a particular region in crisis are not experiencing the same challenges?

(a) During the heat of Boko Haram in 2012 to 2014, why were Jigawa and Katsina not experiencing what Kano and Kaduna were experiencing?

(b) Sokoto and zamfara started experiencing same challenges in 2016 but by 2018 sokoto had overcome theirs?

(c) Zamfara got out of the dare situations it found itself after May 2019 but all of a sudden, katsina took up the position and attacks intensify in kaduna and Niger states?

(d) Why the constant efforts to scare people from using the Abuja – kaduna train service?

(e) Who will benefit from the chaos that will result from the changes of security chiefs, in view of the successes already achieved?

(f) What is/are the reasons why the money intercepted was blackout by both the social and mainstream media?

I wrote this piece fully aware of its implications on my personal safety, especially if what i analyse has elements of truth in them.

But, I want to make these statements straight and simple.

1. It’s hoped that most Nigerians will be enlighten by this and it can change their perception by understanding that, the conspiracy is not against one individual but against all Nigerians, for just a negligent few to get their way.

2. Every person has been allocated a period to live on earth by the almighty creator and He also design the time, place and method of death for him, so to bother about what any person will do or attempt is a waste of time.

Francis Fannon’s words come to my mind. “The future will have no pity on those men, who having the privilege of speaking words of truth to their oppressors, seek refuge in an attitude of passivity, of mute indifference and sometimes of cold complexity”.