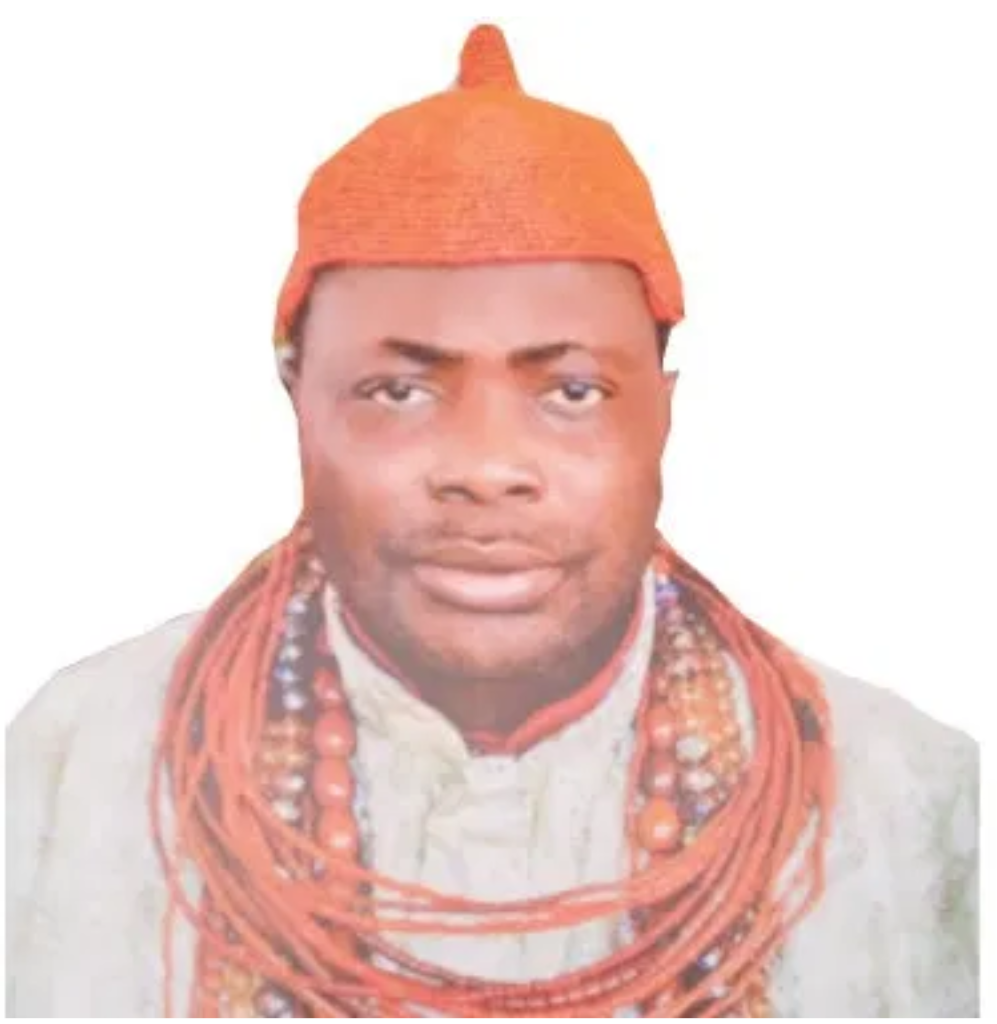 The Enogie of Ekpoma, Zaiki Abumere II, is a lawyer and bank worker who abandoned the hustling and bustling life of Lagos to succeed his father who died in 2007 as the traditional ruler of his town. The Enogie tells SOLA SHITTU how his community uses a jury system similar to that of the United States of America.

What is the origin of Ekpoma Kingdom?

The originof Ekpoma is like every other town in Esanland. We started from Benin Kingdom when a reigning Oba in those days lost one of his sons. Then he said nobody should cook for a certain period of time. So, a lot of people started leaving Benin; that was how our forefathers also left Benin and came to this place called Esanland. The first migrants that came into this community were mostly the traditional rulers. Jibome was the first settler. He was the founder of Ekpoma and the first traditional ruler of Ekpoma Kingdom. Similar things also happened in other Esanland like Uromi, Irrua, Ubiaja and others. We are all of Benin ancestry.

Is there any memorable event that happened during your coronation as the Enogie of Ekpoma?

What were you doing before you became the traditional ruler of this kingdom?

I was working with Liberty Bank as a banker and I’m also a lawyer. I practised in two chambers; I was with Niyi Idowu and Kunle Aina, both at Ikeja, Lagos. I was with those chambers and later I got a job with Liberty Bank which is now part of United Bank for Africa. UBA acquired Liberty Bank when they could not meet up with the N25bn capitalisation directive of the Central Bank of Nigeria then.

(Laughs) Being a traditional ruler is completely different from living in Lagos as a prince, but I had to adjust. But before that time, my father was on the throne. As a prince, I was taught how to handle matters. So when I ascended the throne, my experience in the banking industry and as a legal practitioner was helpful. Definitely, there must be ups and downs in administration, but you have to carry everybody along and adjust to the system. When I compare my life then with my life now, I notice two things.

As a traditional ruler, I am with my people so I need to come down to their level so I can relate with them. I don’t look down on people because they are poor; I treat everyone equally. I am there for the poor as much as I am there for the rich. Anybody who comes to Ekpoma will find my doors open 24/7; my chiefs can testify to that. I cannot speak for any other traditional ruler but I know I am always available to my people. I’m not the kind of traditional ruler who will put the traditional stool in one place and be in Lagos or Port Harcourt, or the type of traditional ruler that will come home once in a while. No, I’m not like that. If I am not around, then I’m on vacation. Everybody needs vacation, and if I go on vacation, it’s for maybe one or two weeks. I’m soon back so I can be on the ground for my people.

How do you spend your vacation?

I also travel abroad like every other people; I go and relax. You know, one must have time to relax and refresh and then come back. Office work is really different from the work of a traditional ruler. The job of a traditional ruler is really tedious. A lot of people might not really understand what I’m saying but as a traditional ruler, you won’t even have time for yourself at all. You attend to people as they come. As I am here now, someone might be out there shouting. I would have to ask my people to bring the person in.

When you came in, did you notice that there was no police, soldier or any form of security operative? If anybody wants to see me, all they need to do is to see my secretary.

Are there some actions considered as taboo in Ekpoma?

In Ekpoma, it is a taboo for any man to sleep with another man’s wife. We don’t take it lightly. Also, it is a taboo for any man to sleep with his daughter or for anyone to commit suicide. There are others which I cannot remember now but we consider life precious and no one is allowed to take their own life. However, if you are talking about traditions, there are some traditions that have been changed. We are still trying to work on some, especially the one that gives a son the right to inherit his father’s wife. It was in vogue in those days, but we are trying to discourage it now. There is also a tradition that compels a woman to drink from the water used to wash the corpse of her husband and swear that she had nothing to do with his death. No, we don’t allow that at all here again, we no longer accommodate it. It has been abolished.

But that does not mean some communities are not engaging in some funny things but if it gets to me or I’m aware of it, I stop them immediately. There was an incident involving a woman; she ran to my palace. Her husband died and she was asked to swear and all that. I sent a message to them immediately to stop that. I warned against it and told them I would take it up and report them to the government if they went ahead with it. There are lots of non-governmental organisations working on that. We just settled a matter here: a man died and they said the first son was not his. They doubted if he was his son or not. I said the best way to settle the matter was by conducting a DNA test but some people were still saying the woman must be compelled to swear that the child belonged to the deceased, but I told them it was the DNA test that would solve the problem.

How has your training as a lawyer helped you to adjudicate?

When they bring any matter before me, I try as much as possible to give a fair hearing. I don’t listen to one side and then give a judgment; I listen to both sides. I look at the issue objectively. Most of the matters we settle here do not go beyond two adjournments. At the first hearing, we allow people to give evidence or speak as a witness. Even for land issues, they are settled within five days. That is unlike the situation in our courts where matters go on for years.

In Ekpoma here and I think in the whole of Esanland, we have a jury system like that of the US. When you bring a matter here, the chiefs will look at it, then they will report and give a judgment. It’s not only the traditional ruler that will do everything. We call it Uwen. When a matter is brought here, the chiefs will listen to it and then go inside to discuss on it. Then they come out to give their judgment. After coming up with their judgment, I will look at it and see if it is properly done and put my seal on it. If it is not okay, I will tell them ‘this is how it should be done’.

You are about to hold Ihue Festival, what is the festival about?

Ihue Festival is to mark the end of year and beginning of a new year, based on our traditional calendar. Like now, we are about to start a new year traditionally. It is different from the January to December calendar. We have our own calendar too and we are about to end a year and begin a new one. There is a way we calculate it and then fix a date for the festival. For this year, it will hold on February 27, 28, and 29. It is the end of a planting season; everybody will come out. Our sons and daughters will also come home from various places. There is a part of it we call Enaisa, although we have also incorporated interdenominational service into it. On the second day, we do Enaisa, where we go round the community to pray on the land, pray for the people, pray for those who are not natives of the land and pray for our sons and daughters abroad. We also pray for the state and the Federal Government.

I have added football match to engage the youth. I have been doing this since I ascended the throne in 2007.

We also added beauty competition, traditional wrestling and marathon, from the university campus gate to the palace. Some people come from Benin and other areas to participate.

But for this year, we will only allow a football match and funding for indigent students. The last time, we paid the West African Senior School Certificate Examination fees for 20 students and that’s why we are calling on the government to always support traditional rulers for programmes like this.