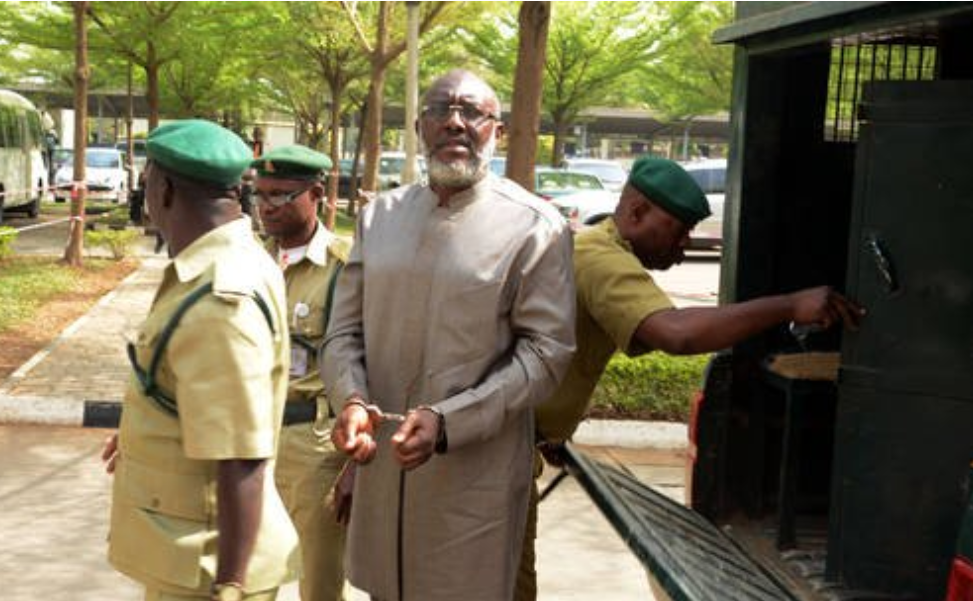 A FederalHigh Court in Abuja has sentenced a former National Publicity Secretary of the Peoples Democratic Party (PDP), Olisa Metuh to a seven-year imprisonment upon convicting him on charges of money laundering and fraud.

Justice Okon Abang, announced the sentencing after delivering judgment for over six hours in the trial of Metuh and his firm, Dextra Investment.

Justice Abang had convicted the two defendants on all the seven counts, including the fraudulent receipt of N400m from the Office of the National Security Adviser in November 2014 and use of the money for political activities of the PDP and for his personal purposes.

The court also convicted Metuh for transacting with a cash sum of $2m without going through a financial institution.

Justice Abang held that the prosecution successfully proved that the transaction violated the anti-money laundering law which pegs the maximum cash transaction an individual undertake outside a financial institution at N5m.

Justice Abang directed that the sentences shall run concurrently, meaning that he would only spend the highest number of years of jail term, which is seven, in prison.

The judge ordered the winding up of Dextra Investment and ordered Metuh to pay a fine of N375m to the Federal Government.