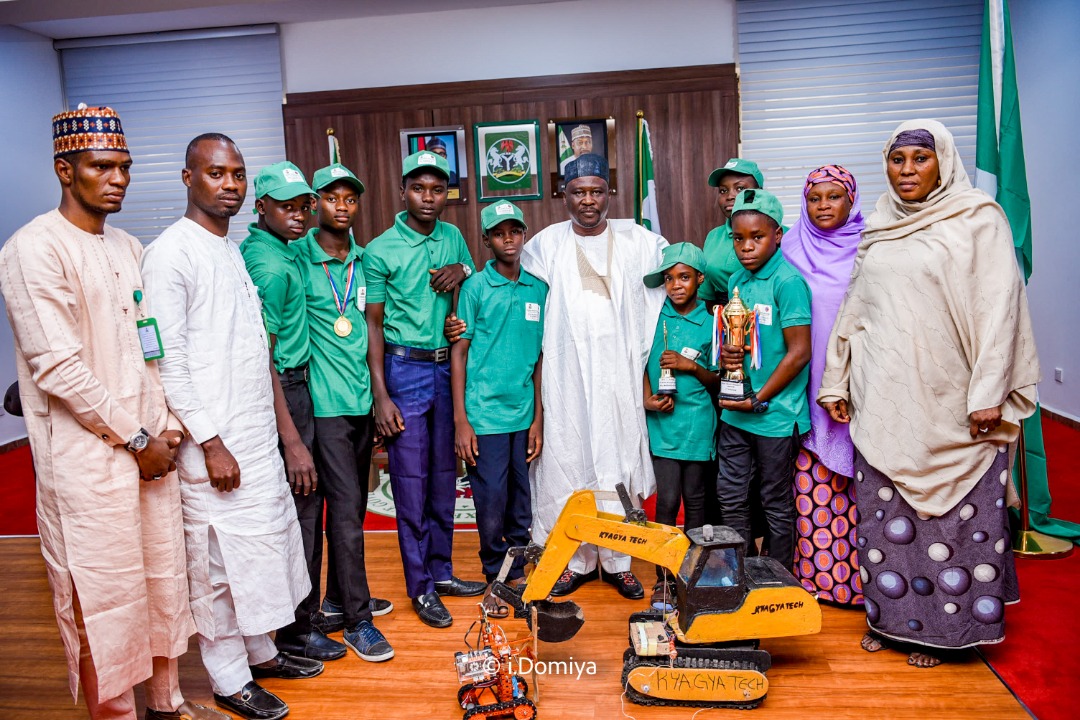 The elated and proud Governor Ahmadu Umaru Fintiri of Adamawa State, Northeast Nigeria, lauded the feat, saying that the success was metaphysical in expression, justifying the spirit associated with his administration’s free education scheme.

Fintiri said this while receiving the winning team at the Government House, Yola, led by the commissioner of education Wilbina Jackson, where he commended them for making the state proud,

Fintiri announced a donation of N500,000 to the young scientist and their teachers, expressing his hope of an assured future with this success, restated his administration’s resolve to make education a priority sector, explaining that to invest in education would mean an investment for the future.

Two of the students; Mission Solomon and Markus Andrawus of Government Science Technical College, Yola designed an excavator and a war robot.

Commentators considered it amazing the creativity coming from a state bedeviled by insurgency and other forms of insecurity, capable of undermining education.

It was commendable that Adamawa kids-students, including a two-year old Hadiza, attending for the First time after an eight year lay off, could beat all the participating states to come overall best in innovative and creative projects.