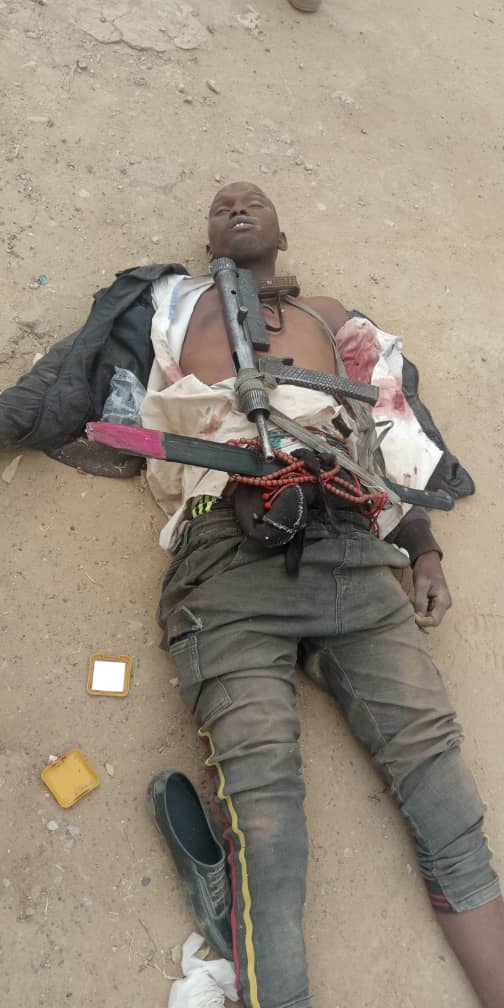 In a press release, the spokesman of the Police Command, DSP Sulaiman Yahya Nguroje said the notorious armed robbers who terrorised motorists along Numan – Jalingo federal highway, met their waterloo when patrol operatives ambushed the criminals.

“The operatives of the command, while on area patrol along Numan-Jalingo federal highway intercepted a gang of armed robbers who blocked the high way and robbed travellers of their belongings.

“The men of the command upon seeing the criminals they open fire and gave the armed robbers hot chase.

“They engaged our men in a shoot out as a result one of the armed robbers was gun down while others escaped with bullet wounds,” Nguroje said.

Nguroje advised members of the public to report any suspected bullet wounds to nearest police post or any security outfits.

He said the command would not relented in protection of lives and property of the citizens.