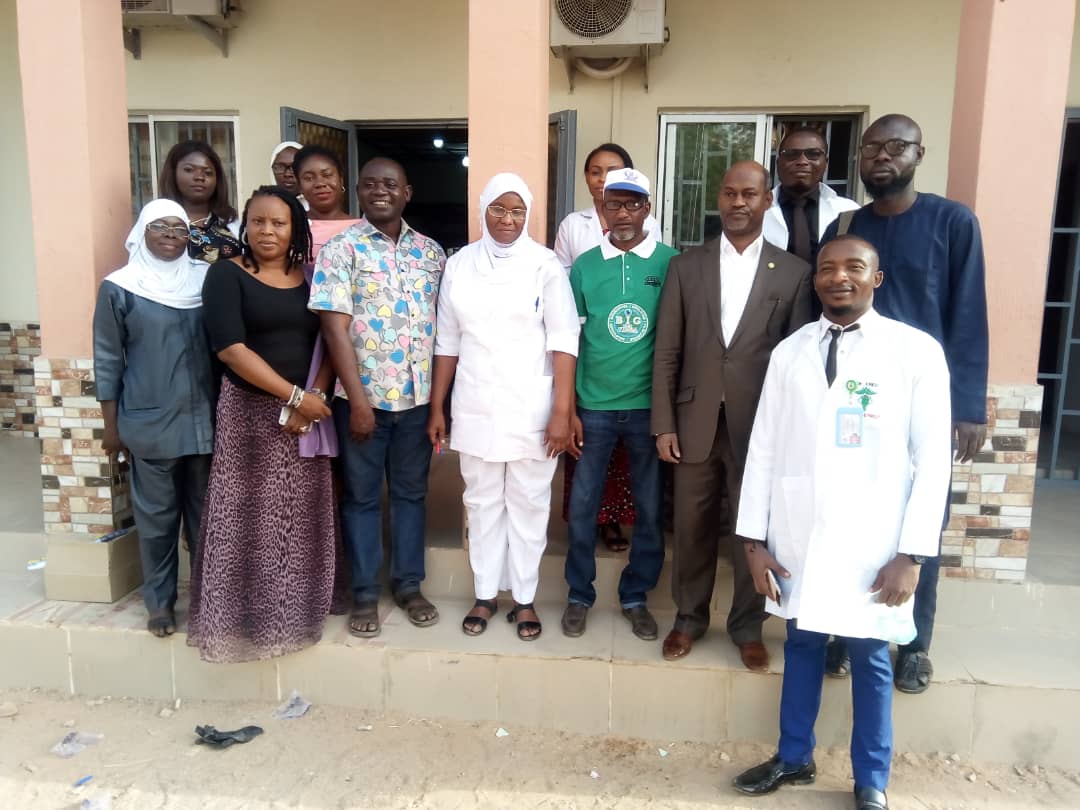 2020 World Glaucoma Week is a success story in Adamawa state, A worthy corporate social responsibility on the side of the Federal Medical Centre, Yola – Fintiri

The Ophthalmology Department of the Federal Medical Centre FMC Yola, led by Dr Dahiru Yusuf Ribadu, Consultant Ophthalmologist, in conjunction with the Information and Media Relations Unit of the health facility, joining the popular call, in marking the 2020 World Glaucoma Week with the theme: BIG= Beat the Invisible Glaucoma. Go get your eyes tested for Glaucoma to save your sight.

The activity was supported by Micro-Nova Pharmaceuticals and the United Nations-POLAC Wednesday, took Glaucoma sensitisation, screening/testing, treatment and counselling to the NUJ Secretariat for the benefits of the media practitioners and relatives in Adamawa state, northeast Nigeria. 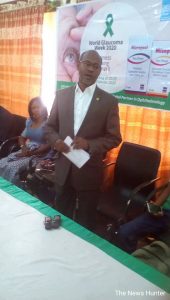 Dr Ribadu explained that Glaucomas are a group of diseases that have in common, a characteristic optic neuropathy, with associated Visual Field loss for which increased Intra Ocular Pressure is one of the primary risk factors.

Ribadu revealed that Glaucoma is the leading cause of irreversible blindness globally. Nigeria is estimated to be having 1.2 million cases and that people of 40 years are the most vulnerable.

The World Glaucoma week is a global joint initiative between the World Glaucoma Association (WGA) and the World Glaucoma Patient Committee (WGPC), in order to raise awareness on Glaucoma through a series of engaging worldwide activities. Patients, eye care providers, health officials and the general public are invited to contribute to sight preservation, Ribadu said.

The goal is to alert everyone to have regular eye checks in order to detect as early as possible.

Ribadu said that regular eye check-in is the key to eliminating glaucoma blindness, “as it usually gives no warning until it is advanced, thus often referred to as “sneak thief of sight.”.

“The damage glaucoma causes to the vision could become irreversible. Treatment can halt the damage.

“This means that the earlier the diagnosis, the more vision there is to save and the less likely the person is to become blind. 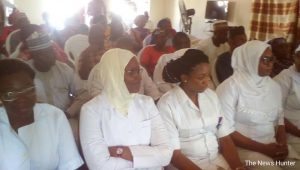 “Therefore, the glaucoma week aims at alerting members of the public to the need for regular simple eye checks, which allow earlier detection and hence saved sight.”

AGE: people of above forty years old are more vulnerable.

FAMILY HISTORY: Close relatives with glaucoma may have increased chance of developing glaucoma.

MYOPIA (Shortsightedness): People with this condition are more likely to develop glaucoma

MEDICAL HISTORY: Those who are suffering from hypertension and diabetes mellitus, are also vulnerable to glaucoma

“Therefore, the Opthalmology Society of Nigeria has advised those with risk factors to have their eyes tested for glaucoma at least once a year by Opthalmologists,” Ribadu said.

Earlier in his introductory remarks, the head of information and media relations of FMC Yola Adamu Muhammad Dodo said that the Opthalmology Department, empowered by the management of the Federal Medical Centre Yola has been marking World Glaucoma Week annually. “This is the fourth year that FMC Yola is joining the World to mark the Glaucoma Week. Four years ago, it was the members of staff if the health facility that have benefited from the free Glaucoma testing, screening, treatment and correctional reading glasses.

“The next year the World Glaucoma Week was marked, taken to the Adamawa Broadcasting Corporation ABC Yola for the benefits of the media practitioners.

“Last year we celebrated the World Glaucoma Week at the Health Services Management Board, Yola where the staff and family members benefitted from the free exercise. It was organised in conjunction with Drugfield Pharmaceutical Ltd. 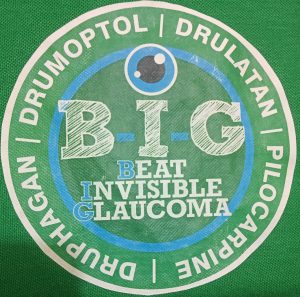 “We specifically decided to bring the Glaucoma sensitisation and free testing to NUJ this year as a corporate social responsibility, because of the synergy between the media and FMC Yola and because media practitioners need to have their eyes constantly checked considering the stress their eyes are subjected to as decoders and reporters,” Dodo said.

Micro-Nova Pharmaceuticals has supported the World Glaucoma Week organised by FMC Yola for staff and members of NUJ and RATTAWU by donating some of the Anti-Glaucoma drugs such as Misopt, Micropost and Eye drops like Anti-Allergy, Antibiotic and Globoid.

The United Nations-POLAC has also made a donation to the success of the exercise. The UN-POLAC donation was facilitated by AmbP Abdullahi Umar Yapak (APC) a lawmaker at the Adamawa State House of Assembly representing Verre Constituency.

Micro-Nova Pharmaceuticals is a sub-division of Micro-Labs based in India. It started operation in Nigeria in 2010. 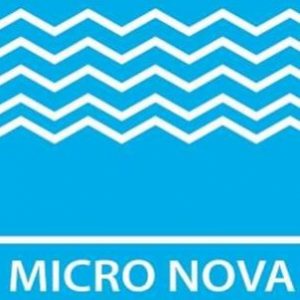 .Ishaka Dedan is the chairman NUJ Adamawa state, in both his welcome address and closing remarks, he commended the management of FMC Yola and Dr Ribadu led team for selecting NUJ for the 2020 World Glaucoma Week. 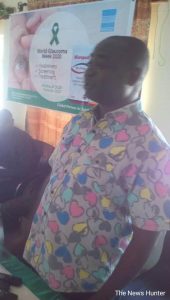 Dedansaid he was short of words to appreciate the favours extended to the media practitioners who availed themselves to the opportunity for the glaucoma free screening and treatment. 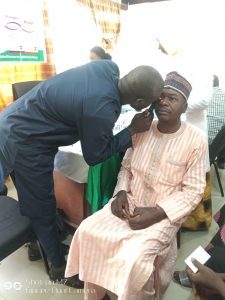 The Glaucoma screening initially targeted about 150 people. However, 180 people were screened.

Mr Solomon Kumangar, the Director General, Media and Communication to the Adamawa State governor was among those who were screened along with the members of the correspondents chapel, NAWOJ, RATTAWU, the staff of new media and the conventional media organisations in the state.

89 of the total number screened, were given correctional medicated eye glasses.

Significant number of those screened were found to be suffering from hypertension, which would require further clinical examination with a view to arresting further complications.

Glaucoma was queried from 4 participants. They were being referred to the Opthalmology Department of FMC Yola for management.

Kumangar while speaking for his boss, the Adamawa state Governor told the Periscope reporter that “the 2020 World Glaucoma Week is a success story in Adamawa state, A worthy corporate social responsibility on the side of the Federal Medical Centre, Yola.”

The following are the team members of the World Glaucoma Week: