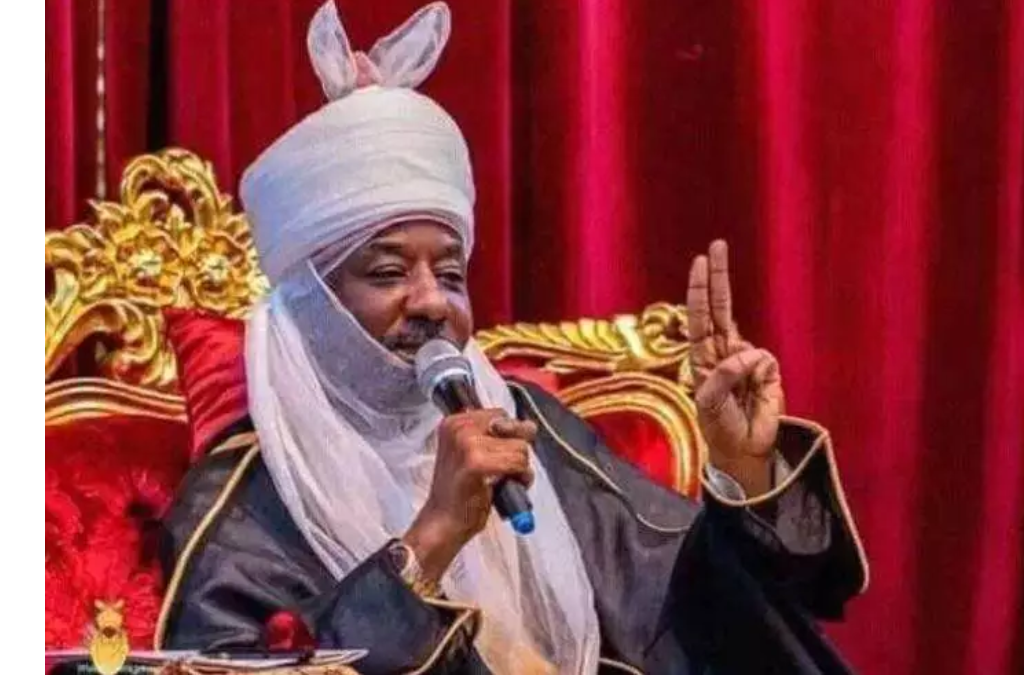 Muhammad Sanusi II, deposed emir of Kano, has been living like a prisoner since he was taken to Awe local government area of Nasarawa state.

According to residents, some visitors have been denied access to Sanusi, who was taken away from Kano on Monday evening.

On Wednesday, TheCable counted at least 30 police officers and officials of the Nigeria Security and Civil Defence Corps (NSCDC) guarding the exile home of the former governor of the Central Bank of Nigeria (CBN).

For most of the day, three to five police stood at the gate, preventing people aside a few of the former emir’s family and officials of the government from going in to see Sanusi.

The rest of the police officers in the vicinity were at different corners — spotting unsuspecting persons taking pictures or videos of the house and their colleagues.

During prayer times, only one or two policemen man the gate, while the rest go to pray at a nearby Mosque.

TheCable spoke to four police officers at different times, seeking entry into the house, but they all said they had “strict orders” not to let anyone in.

The first police officer, wielding an AK-47 rifle, said: “No matter how far you have travelled, I’m sure my colleagues will not allow you in”.

One of the supporters of Sanusi who was denied access to him but tried taking pictures of the house, was caught by the police officers, who seized his phones, asked him to hold his ears, and undergo the punishment better known as “frog jumps”.

Residents who spoke to TheCable said they have seen Sanusi only a few times, but that they only stood outside the gate, as they were denied entrance.

“Since he came here, he has not stepped outside. Even when we pray at the mosque beside the house, he does not come out to join us in prayers, and many people here would like that,” Ibrahim Akilu, a resident, told TheCable.

“When he came here with heavy security, he was received by emirs and chiefs around here, including the emir of Awe.

“He is just living like a prisoner; most of the people coming are not allowed to see him. His family came to see him, some see him and go, a few of them are still around.”

A teacher in one of the government schools in Awe, who asked not to be named for fear of victimisation, said they heard that Sanusi “will not be allowed to leave the house for three months”.

“Sanusi is alone in the house; the family members come and go. I do not think they are allowed to live with him. We don’t know how long he will be here, it’s only the government that can tell. But the rumours are that he will be here for three months,” he said, confirming what another resident had earlier told TheCable.

“His coming has not changed anything positively here — but let us give it time.”

Ibrahim Muktar, attorney-general of Kano, had said the state government did not banish the ex-emir from the state — contradicting what kind of treatment Sanusi has been receiving.

“If you listen to the secretary to the state government when he was addressing the press on the issue of the removal of the emir from office, there was nowhere he stated that the emir was banished from Kano state,” he had said on Wednesday.

“So, the decision of the government when the emir was removed on Monday was that he was removed from office and a new one appointed.

The issue of banishment was not part of the decision of the Kano state government.”

Sanusi’s lawyers had asked for the release of the former emir, saying his forced relocation to Nassarawa is illegal and unconstitutional.