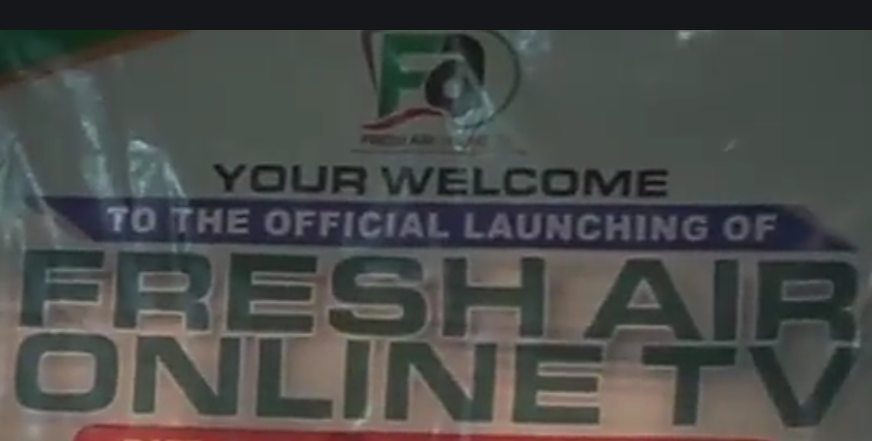 Shereef Alhassan one of the most active media aids governor Ahmadu Umaru Fintiri of Adamawa state is said to be with has established an online television in Yola called Fresh Air.

Fresh Air’s intent and purpose, content and context is purely public relations inclined as it would be airing mainly the activities of Governor Fintiri within and outside the state, to promote the policy, programmes and prospects government; throw light on the misconception and to counter mischievous allegation against the government

Fresh Air was formally commissioned Sunday, with a called on social media influencers to contribute towards meeting the desired goal of initiating the platform.

Speaking during the commissioning ceremony at the Fresh Air Office in Yola, the founder of the Fresh Air online Shareef Alhasan, a Senior Special Assistant on Electronic Media to governor Fintiri revealed that the idea was born out of his commitment in projecting the image of his boss positively using the TV template in the eyes of the world.

Shareef assured that “Fresh Air online TV is distinct from the norm as it is soon going on instagram,Twitter and can be viewed from around the world via YouTube.”

Shareef disclosed that within just a week, the rate of viewership of the Fresh Air TV was overwhelming, adding that it was not meant for propaganda on lies but to bring out the fact about the fresh air government in the state

Shareef urged all social and conventional media community to rally round by means of supporting the project.

The Senior Special Assistant to Governor Fintiri on New Media, Muhammad Tukur delivered a paper on The Role of Social Media in the Society,  wherehe highlighted the importance of the new media in the present age and stressed the need for all to embrace it

The Director General Media and Communication to Governor Fintiri, Mr Solomon Kumangar commended the founder for the initiative.

Kumangar described Shereef as youth with innovative spirit who would always think outside the box with a view to contributing to the success of the Fintiri led administration. He urged others to key in to such mindset.

In his address, the Chairman Board of Trustees Fresh Air online TV, Stephen Maduwa who was elated by the foresight of the founder pledged to see to the success of the initiative.

Joining other speakers, Maduwa said the fresh Air online TV was borne out of the founders desire to come up with a feasibly acceptable tool to highlight activities of the Fintiri led administration in the state after wide consultation with senior colleagues.