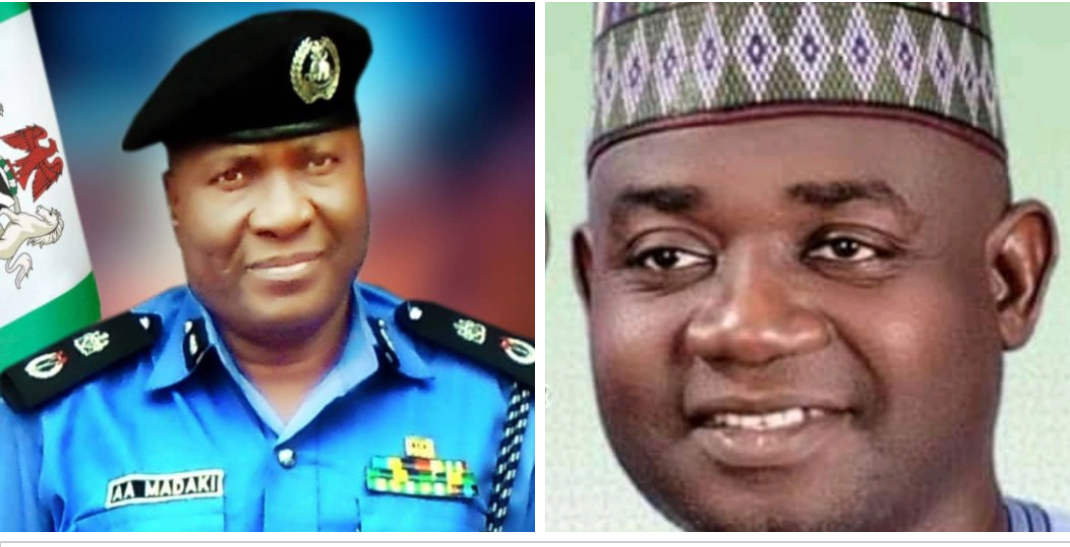 A relationship that has been symbiotic in professional terms, between the Adamawa State Police Command and the Nigerian Union of Journalists NUJ Adamawa State, is about being degenerated into realm of antagonism.

Adamawa State Government has on Monday 30th, announced the imposition of a lockdown throughout the state, which would last for a period of 14 Days with effect from midnight Tuesday, March 31, 2020.

Subsequently, Governor Ahmadu Umaru Fintiri has on Wednesday, signed an Executive Order giving legal backing to the restrictions order as measures taken to contain the spread of COVID-19 throughout the state.

The press release to that effect, directed that the restriction order “known as the Health Protection (Coronavirus) Restriction Adamawa State Regulations 2020 Order, came into force by midnight of Tuesday, 31st March, 2020.

“The Restriction Order prohibits a person from leaving his abode without reasonable excuse except to obtain basic necessities such as food, drugs and water within its two-week lifespan,” the press release would explain.

The Commissioner of Police Adamawa State Command, Audu A. Madaki has on Monday, March 23, 2020, directed the DPOs, Operational Commanders and their Supervising Area Commanders, to ensure total compliance to the lockdown order.

In another press release, like that of Tuesday, March 31 and Friday, April 3, 2020, the CP cautioned against unnecessary arrests and detentions not to saturate the police stations and/or the prisons, where social distancing must also be observed.

The CP enjoined the citizens to avoid social activities such as clubbing, Joints, Beer parlours, Social gatherings and markets, except for those selling food items and water vendors.

“Furthermore, in compliance with the government’s directives in the state, the CP has ordered the immediate deployment of the taskforce team to ensure compliance and enforcement.

The Press releases have received media blessings, without any prompting, to justify the synergy between the police and the journalists.

However, while enforcing the restriction order, the police taskforce was said to have arrested some violators, clubbing at the NUJ Secretariat.

Though they were said to be released on the orders of the commissioner of police free of fine, the action has generated misunderstanding with each group trying to defend by justifying their contradicting actions.

The Director General Media and Communication to Adanawa State Governor, Mr Solomon Kumangar confirmed to the Periscope that a report has reached him of a little misunderstanding between NUJ and the police force as relates to the enforcement of the restriction order resulting from the COVID-19 global pandemic.

Kumangar has considered it to be a minor misunderstanding that would be ironed out amicably without any noise and that they were already on it.

Some of the online media for instance, published the following story:

“The Adamawa State Chairman of the Nigerian Union of Journalists NUJ, Mr. Ishaka Donald Dedan has confirmed the arrest of the 12 journalists who were at the NUJ Press Centre waiting for any update on COVID-19 in the state.

“He said the policemen claimed that the journalists violated the state government’s pronouncement on lockdown of the state without considering that Journalists were among the exempted workers on essential duties.

“The police stormed the NUJ secretariat at about 6 p.m. to arrest 12 journalists on assignment because they were supposed to brief the NUJ on the updates of COVID-19 and the economic situation of the general public in the state,” He added.

The Periscope while speaking with NUJ chairman Adamawa state, Mr Ishaka Donald Dedan said, NUJ Secretariat is being used by journalists in Adamawa, at the moment, as a COVID-19 situation room. It should therefore not be closed down.

“Journalists are among the exempted workers on essential duties, we utilise NUJ Secretariat as our situation room and we have duly explained to the police taskforce team who were threatening to be brutal,” Dedan said.

In a press release of 3rd April, 2020, jointly signed by its state chairman, Ishaka Donald Dedan and secretary Fidelis Jockthan, copied to the AIG Zone 3, National President NUJ, Press Secretary to the Governor and all the security agencies in Adamawa state, the NUJ Adamawa State demanded for and unreserved apology intrusion, from the Adamawa State Police Command within three days or face total black out.

The Nigeria Union of Journalists (NUJ) Adamawa State Council is calling on the Adamawa State Police Command to take a decisive action against the O/C SARS and the DPO Jimeta Division for coordinating an uncivilised operation by storming into the NUJ Secretariat with Three Hilux vans loaded with Dangerous weapons on the 2nd of April 2020 by 7pm where they harassed, intimidated, assaulted and arrested twelve associated members of the NUJ to its headquarters.

The two said officers are a threat to Journalists and their open opposition to the activities of Journalism in Adamawa State.

The NUJ is hereby stating categorically that, no amount of intimidation or harassment by security operatives will make us to abandon the Press Centre which serves as the Secretariat and situation room for COVID-19 for all practicing Journalists in Adamawa State.

NUJ as a professional industrial union, is mindful and respectful to the lockdown rules and regulations of the Federal and State governments and will continue to abide by it.

The Periscope contacted the Adamawa Police Command, the Police Public Relations Officer thought it would be worthier hearing from the commissioner of police himself.

Responding, the CP denied that of the 12 arrested, journalists were among.

“It’s been economical with the truth to say that those arrested violating restriction order are journalists on duty. I read some online stories on the case and it made me laugh.

“There was no mention of the names of the 12 journalists the news reports claimed were arrested on duty, why?

“The answer is simply that none of the 12 arrested, was actually a journalist. They were at the Press Centre for clubbing.

“This is to say that they are only but Press Centre club members; there are medical doctors among other professionals.

“Recall that clubbing, Joints, Beer parlours and Social gatherings are among the activities hemmed by the restriction order.

“Adamawa Police Command is a friend to journalists. In fact, the letter of appreciation addressed to me, signed by the NUJ chairman, dated 12 March, 2020 justifies the cordiality and cooperation, the CP would say.

The letter reads in part “NUJ wishes to sincerely express its appreciation for donating a 32 LED TV Colour Model Television to the secretariat of the NUJ.

“Sir, this kind gesture will go a long way in further cementing the earlier existing cordial relationship between the police command and the journalists in Adamawa…”

The CP said the only way relationship can be strengthened is by doing the right thing, living a legitimate life and honouring the rules of engagement.

“There’s the lockdown order. Police didn’t issue it, we are directed to enforce it. If worshipping places, schools and other institutions could be closed down, why should bear parlours and clubs be allowed to operate in the face of Coronavirus pandemic?

“It’ll interest you to know that all the clubs in Adamawa state are closedown. Some of the violators arrested at the Press Centre, are also members of other clubs like that of the air force.

“We adhere strictly to executive order. The restriction affecting clubs does not actually exclude the Press Centre,

“We’ve earlier cautioned our officers on assignment against excesses. the rights of the citizens should not be infringed. We’re not infringing any right, were closing clubs against Coronavirus,” the CP said.

There should be a meeting point, the putting on gloves and collectively punch COVID-19 out of the state and out of the country. This is not the time to play the contraries, opening a space to coronavirus.

The partnership, the cooperation, the cordial relationship between the Adamawa Police Command and the NUJ, must continue, it should be strengthened towards a common goal.

There must be a meeting point against COVID-19 and other challenges.

Governor Fintiri of Adamawa state should be commended for serving as mediator in resolving misunderstanding between the two mutual professionals.

Fintiri, the Periscope investigation can reveal, has taken his time explaining to the leadership of the NUJ, before some stakeholders, at the government House in Yola, why the lockdown was necessary and without exemption to clubbing anywhere in the state.