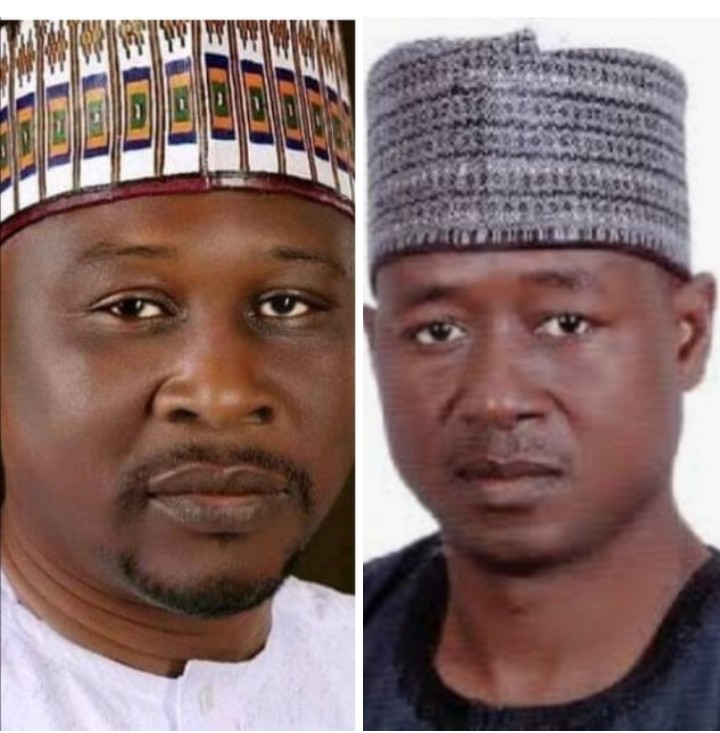 * Fintiri Under Attack On Integrity And Transparency

* Why stashing away 23 trucks when the citizens are wallowing in abject poverty? Why the distribution along party line – Duhu

Most often, the governors in Adamawa State used to have strong oppossion from within their very political party.

Political analysts projected that Cliff was eyeing for governorship position come 2023, which he would want to contest under the PDP umbrella.

Cliff has consistently accused Fintiri of dumping some PDP stalwarts after having used them, of playing double standards, of divide and rule by deploying ethno-religious sentiment, in addition to the alleged underperformance and seeming utopian promises the reality of which is dystopian.

The next attack was launched by Dr. Umar Ardo who could not make it to the governorship race right from the PDP primaries, where he was defeated by Fintiri.

Like Cliff, Ardo accused Fintiri of sidelining some key PDP stakeholders, of imbalance in the power sharing, of elephant promises that would eventually pull down the party and of poor performance after about one year in power.

As a remedy, Dr. Ardo initiated a PDP split where the rPDP is introduced. Cliff has joined in the consideration of the split as a worthy solution that would bring an end to impunity, imbalance, divide and rule, underperformance and restore the electorates’ confidence in the party.

Other than the media foot soldiers, considered as knights in the game of chase, who stick to fault-finding of the Fintiri led government in defence of their principal, the former governor Muhammadu Umaru Jibrilla Bindow, there has not been any response or punches challenging Fintiri by any serious and high profiled APC member, not untill recently when Umar Duhu decided to pour out his ounce of venom his embittered soul could spit forth; break the silence.

Governor Ahmadu Umaru Fintiri and Alhaji Umar Duhu, are both from the same local government area; Madagali and the same tribe; Marghi. They are said to have known each other so well that that negative words ought not be exchanged between them publicly.

However, there is always a ‘barrier’ as much as there is a ‘but’ in everything; a playwright would articulate, hence political differences; the question of integrity and matters relating to equity, Justice and trancparency.

Umar Duhu has written to the lawmakers at the National Assembly and the Federal Government Taskforce on Convid-19, challenging Fintiri’s integrity and fairness, accusing him of diverting trailers load of rice meant for the indigent indigenes, as a paliative initiative by the federal government, with a view to cushion down the effect of the preventive measures against COVID-19.

Duhu lamented that he has written with heavy heart to disclosed the partiality in the distribution of the food commodities played by governor Fintiri against the local government areas that were not PDP strongholds and the opposition political party members.

Duhu alleged that the Federal Government’s intervention with 50 trailers of 600 bags of rice per trailer, arriving at 30,000 bags meant for the less privileged people in Adamawa state was unevenly shared and diverted.

“On receipt of this Federal Government gesture, the Adamawa State government distributed only 21 trailers (21 x 600 = 12,500 Bags to 21 PDP Controlled Local Government Areas in the State.

“It gave 1 Trailer (600 Bags) to the office of the wife of Adamawa State Governor.

Duhu has challenged Fintiri against the alleged imbalance and selfishness, arguing that If the ruling party APC at the national level, should forget the citizens and play party politics with the palliative commodities meant for Adamawa state, Fintiri would not have smelt a single bag of rice from the federal government.

“But for the genuineness of purpose of the APC led Federal Government and in its desire to put smiles on faces of its citizenry irrespective of party divides, trusted the state governors who swore to be just and fair to all manner of people without ill will, have now desided to play politics with the lives of its citizens.

“The big questions are:

* Why stashing away 23 Trucks when the citizens are wallowing in abject poverty?

* Why the distribution made along party line?

* Has the PDP stakeholders in Adamawa fallen below the line and reduced to being indigent indigenes?

* Has the PDP Adamawa State Exco reduced themselves to being at per with the indigent indigenes?

“This goes to say, all is indeed not well with the PDP led government in Adamawa State, as those who are supposed not to be beneficiaries, have now reduced themselves to the class of the masses / beggers in the State . What a fresh air?

“Let’s take Edo State as a case study; despite being APC State, the National Chairman of APC H.E Adams Oshomole Advised that, a committee be set up to handle the distribution of the palliative. The Governor being one with the entire masses of Edo People at heart, agreed with the suggestion and is represented by the SSG and a Commissioner on the committee hence, a smooth distribution went on across party divides in the State.

“In the case of Adamawa, some APC stakeholders suggested for the adoption of the Edo option but, I was made to understand that, in a meeting with State Governors, it was agreed that, it should be fhanneled through state governors hence, it went through governor Fintiri.

“Fintiri was expected to ensure the distribution, trusting that he would be fair and just to all the of people in the state as he swore to uphold under Schedule 7 of the 1999 Constitution as Amended?

“I have now come to terms with what is widely in the public domain in Adamawa and beyond that, Governor Fintiri has no regard and courtesy for our notable leaders in and outside the state.

“But he should not also forget that The First Lady of the Federal Republic of Nigeria, the SGF and Chairman PTF on Covid-19, the only Flag Hon. Minister in Nigeria – the FCTA Minister, Governor Nyako, Governor Bindow, Dist. Sen. Binani, Generals’ “Kama, Marwa and Mana, AIG Mal Nuhu Ribadu Rtd., Several Fmr. Ministers and several other notable leaders, are all in the APC watching and are all revered son’s and daughters of Adamawa State.

“The expectation of these Leaders that allowed the palliatives to go through Governor Fintiri was that, he would respect most of them and do justice without ill will.

“In my capacity and that of many APC stakeholder in Adamawa State, we are disappointed and condemn in its entirety, the procedure adopted to sideline APC Members from the distribution module in Adamawa State; where no one from the APC divide is considered eligible to be on the committee to distribute the palliative.

“Rather than doing the right thing, it has gone the political and fully the ways of PDP. They solely handled the distributions at State, LGA and Unit levels with only 3 or less bags of Rice per polling Unit.

“It is therefore pertinent for our leaders to know that, the APC family is watching on how APC affairs are handled in Adamawa State and Nationally.

“Just recently the Federal Government also distributed to over 4,000 beneficiaries, the sum of N20,000 each as palliative in Lamurde and Guyuk LGAs.

“Whilst we all know and it is on record, these two LGAs have never voted for APC since inception. But, still our leaders allowed Federal Government pilot the distribution of monies there and not in LGAs where APC has been winning elections with wider margins.

“For all my life as a party faithful, I have never seen a thing like this where APC Leaders will abandone their foot soldiers and provide support to the opposition, to continually humiliate and kill their own party,” Duhu said.

However, in a swift response, the SSA on New Media to governor Fintiri of Adamawa state, Muhammad B. Tukur said, Umar Duhu, like others who have thought it befitting criticising his principal rather unconstructively, was but a day dreamer, “who floats in his figment of imagination.”

Tukur said he did not know where Duhu got his Trailers full of raise unwise story from.

This take another angle in a moment