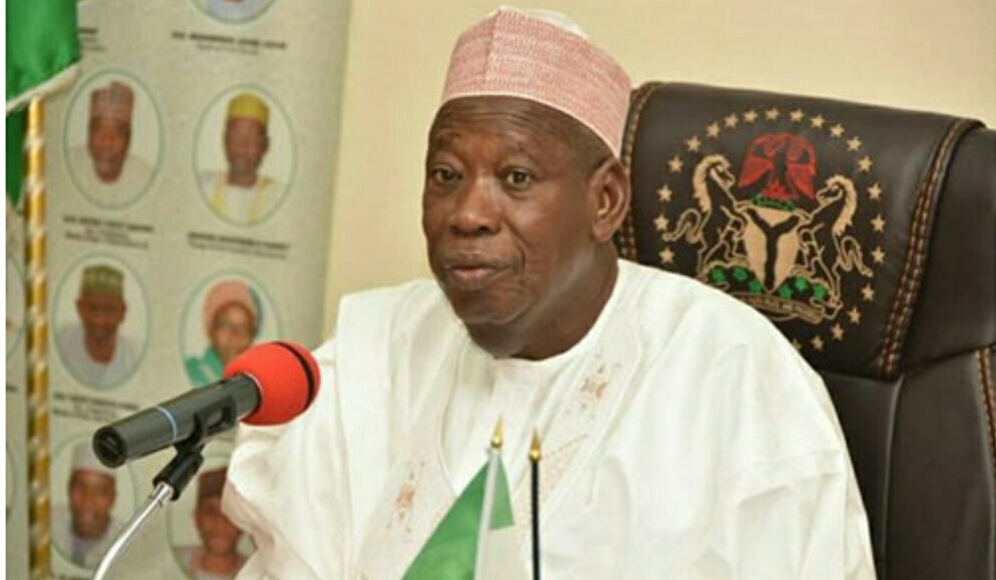 Political office holders in Kano state are to be paid half salary with effect from the month of May.

The press release issued Sunday by the Press Secretary to the Governor Abba Anwar explained that the slashing of the salary was in connection with the shortfall in the federation account and the collapse in the internally generated revenue occasioned by COVID-19 challenges.

“Due to shortfall in the federation account and collapse in the internally generated revenue (IGR) because of COVID-19 challenges, all political office holders in Kano state are to receive half salary with immediate effect from this Month of May.

“Governor Abdullahi Umar Ganduje lamented that due to shortfall of the price of oil in the global market, which affects world economy and eventually, causes serious shortfall in the federation account for states, the state slashes the salary of all political office holders by 50 percent.

“There is also a serious set back in the IGR, due to COVID-19 pandemic challenges. Whereas almost all companies in the state are no longer in operation due to lockdown.

“So also other areas where the state gets revenue, are no longer operational. This also is another reason for giving political office holders half salary.