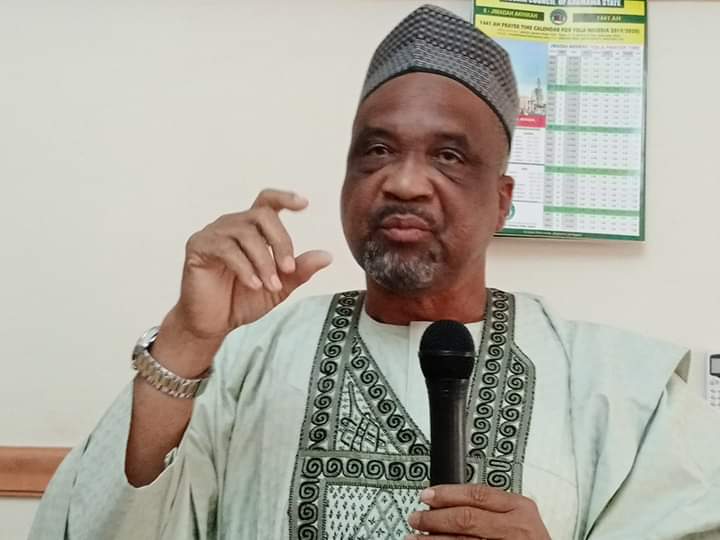 The leadership of Adamawa State Muslim Council has lamented that the prey, were by the arrest, turned predators; with all the 18 arrested suspected culprits behind the recent ethno-religious conflict in Tingno, a rice producing community in Lamurde local government area turning out to be Muslims.

In a press conference Tuesday, the State Chairman of the Muslims Council, Malam Gambo Jika noted with dismay that the security operatives only arrested the people whose community came under heavy attack leading to the death of more than 40 people, with degrees of injuries sustained by the victims in their numbers and millions of naira worth of properties destroyed, leaving the predators who ate their cake to have it.

Jika noted that all the 18 people arrested and paraded by the police were mostly members of the same “Garba” family adding that such glaring injustice must be addressed with dispatch.

“How can a community that came under heavy attack be blamed for causing the crisis that claimed about 50 lives of its members, displaced close to 1000 people, while 60 members suffered serious gun injuries and tremendous destruction of properties and livelihoods?

“The most surprising thing about the arrest was the ascription that the attackers were bearing only two guns. No just man will accept that people carrying only two guns can wreak such monumental havoc to a community that harbours thousands of people.

“And to worsen matters, up till now we don’t have any statistics on the number of deaths or even casualties on the other side of the divide. This will invariably tell you that something fundamentally is amiss. One cannot in all logic justify this arrest.

“We are calling on the commissioner of police who is newly posted to the state to investigate this anomaly and do the needful and ensure that the real culprits are not only arrested but brought to justice in the spirit and interest of peace,” he said.

Jika who called on Muslims not to take laws into their hands called on governor Ahmadu Umaru Fintiri to ensure that justice prevails without fear or favour.

“We must thank governor Ahmadu Umaru Fintiri who in unequivocal language shows that he is a leader for all because of the proactive measures he took in nipping the violent attack in the bud.

“The governor’s love for peace made him to personally visit the scene of the attack while the violence was on course so as to prevent further destruction of lives and properties. Since then, we never had any resurgence of violence in the areas.

“More importantly, the governor has foot the medical bills of the victims as well as provided food for them as their stay in hospital lasted,” Jika added.

Jika noted that as a community of people who would want all manner of people to be treated justly, it became an obligation to raise the complaint so that the perceived injustice could be redressed.

“If a thorough and comprehensive investigation is carried out and the real culprits are found, we will not hesitate to ensure that they are brought to justice even if they are Muslims. Our motive is to ensure that justice is done to all manner of people,” he said.

Jika also thanked the governor for his prompt setting up of a panel of enquiry to investigate the immediate and remote causes of the crisis, urging the committee to do a thorough and unbiased job in the interest of peace and unity.

Reacting to the position of the Muslim Council, the Police Public Relations Officer, Adamawa State Police Command, DSP Suleiman Yahya Nguroje said everybody has the liberty to make complaints on issues, noting that the police was however, not looking at the case from religious point of view but from criminal point of view.

“Everybody has right to make complaints and in our own case we are not seeing the arrest from the aspect of religion, rather we are seeing it from the criminal aspect.

“Every case is always viewed from the angle in which it appears. Among those that were apprehended and now paraded, an assault rifle, which is not suppose to be in the hands of any was found with one of them.

“And the person volunteered confessional statement that he has taken part in the fight that led to the death of many. So in this situation, investigation has to be conducted and that is why the commissioner of police directed that investigation should be conducted.

“And somebody who is apprehended with a weapon has a case to answer and he has not denied having it in his possession,” Nguroje said