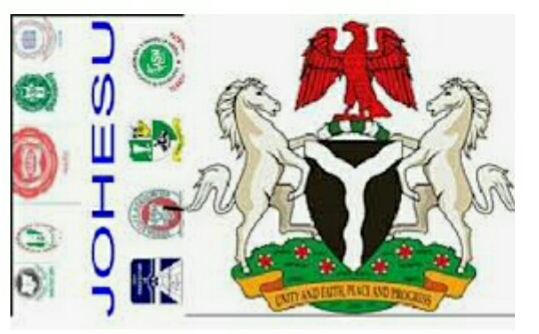 The crisis in the health sector that prompted an indefinite strike by the National Association of Resident Doctors, NARD, may have been compounded, as the Joint Health Sector Unions (JOHESU) has backed out of an existing arrangement to pay workers hazard allowance for the months of April and May 2020.

Prior to the strike threats, the Federal Government took a decision to pay doctors involved in the management of Coronavirus infections in the country their hazard allowance with an understanding that other workers in the sector should exercise patience until when the virus may have been brought under control.

While the government had hinged its decision on paucity of funds, the development has pitched NARD and JOHESU members against themselves.

JOHESU President, Comrade Biobelemoye Joy Josiah told Daily Independent on Tuesday, in Abuja that the earlier agreement is no longer binding on them, as they were also facing hard times as a result of the pandemic.

Josiah said with the situation at hand, government must meet all outstanding demands raised by the union, some of which span through 2014 to date.

According to JOHESU’s leadership, they will not be able to guarantee peace in the sector if government does not take steps to implement  to provide Personal Protective Equipments PPEs for frontline staff tackling Covid-19.

Other grievances, which they insist must be met include, adjustment of members salary to align with the Consolidated Health Salary Structure (CONHESS) status, which has been on the negotiating table since 2014 as well as promote those due to directorate levels.

They also want the government to recognise JOHESU members as consultants and pay them special allowances, commensurate with their status, including implementation of 2017 collective bargain agreement.

“For the avoidance of doubt, what was agreed as captured in the Memorandum of Understanding was that the Federal Government agrees to shelve the payment of the existing hazard allowance of N5, 000 being paid across board to health workers.

“In its place, a special Covid-19 hazard and inducement allowance of 50% of the consolidated basic salary is to be paid to all health workers in all Federal Government Teaching Hospitals and Federal Medical Centres and designated Covid-19 centres across the country to last for the first three months in the first instance.

“The Minister of Labour and Employment, Chris Ngige even emphasized that all health workers would benefit and used cleaners, ward-maids, porters, laundry, morticians/mortuary attendants and drivers as example of the beneficiaries, “Josiah lamented.