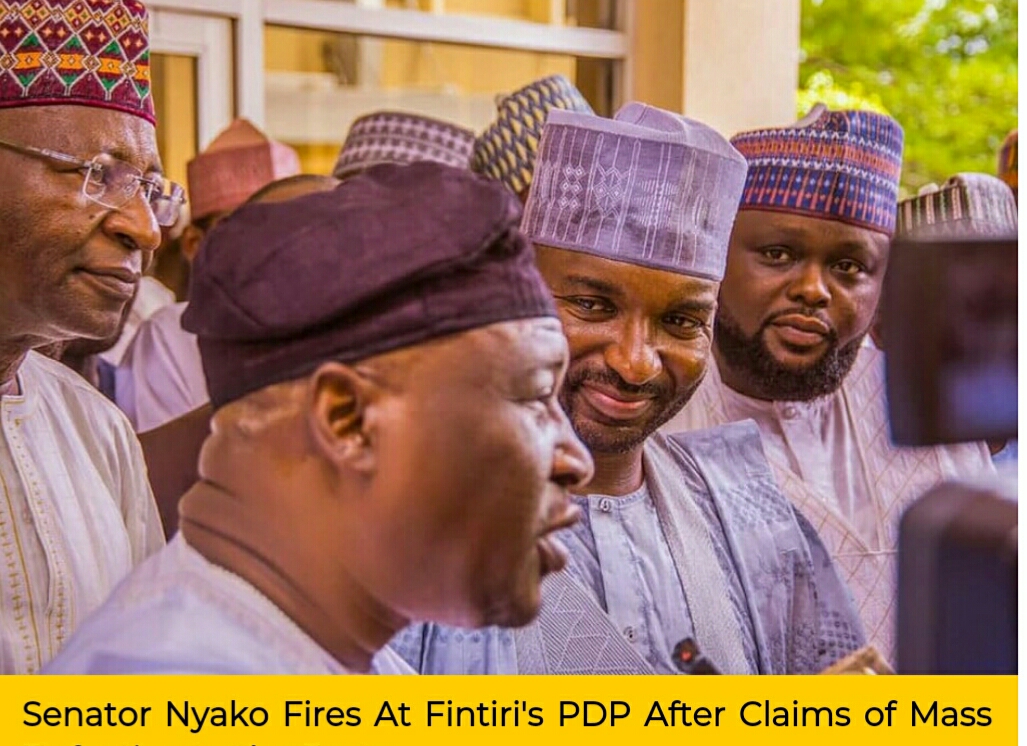 The Senator, Adamawa Central Zone in the 8th National Assembly of the Federal Republic of Nigeria and Governorship candidate of the African Democratic Congress (ADC) in the 2019 General Election, Abdulaziz Murtala Hammamyeto Nyako has debunked the claim by the People’s Democratic Party (PDP) leadership in Adamawa State that there have been mass defection from ADC to PDP.

Nyako has on Wednesday, June 17, blasted the PDP in the state and the Fintiri led government while debunking the claim of mass defection which he considered as a farce of a non performing desperado when the government and the PDP ought to have joined in mourning over the consequences of insecurity, via his official Facebook handle.

“They created a storm in a tea cup with nothing at stake and blew it out of proportion for propaganda purposes by claiming that there have been mass defections from the ADC to the PDP today,” Nyako said.

The die can be said to be now cast. It will be no longer at ease for the Fintiri let government that is challenged by stiff oppositions from the faction of PDP championed by a radical academic Dr. Umar Ardo to be said to be reinforced by Senator Ishaku Abbo Cliff (PDP) representing the northern senatorial district of the state in the 9th Assembly on one angle.

The APC members and apologists who would not tolerate in silence the attack of the previous APC Bindow led government as inimical to the unity, progress and the development of the state on the other angle. 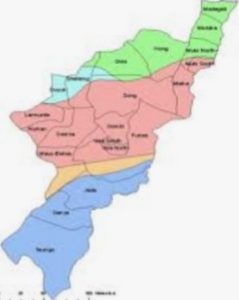 And now the Nyako fist of fury against the Fintiri considered deceptive fresh air, that ought to wear the face of humanity in joining the mourning that celebration hyperbolic defection.

While a group from the opposition argued that the ATM as an adjective credited to Fintiri, if for anything, was because of the salary paid to workers without any additional welfare when payment of salary, they argued, should not in anyway be an achievement because it is not at all a privilege but a right.

While another group, among the opposition, sought to know the whereabout of the N9.9 billion meant for the building of 2000 housing units across the state, which was said to be hurriedly approved by the members of the Adamawa State House of Assembly, sometimes last year and till date without an invitation for tender to that effect and without any sign to indicate there is any building construction, among other issues.

While another group, within the opposition, would be asking about how much comes into the state from the federal allocathetion, what is spent and/or whether or not  there is any need for any loan when the likes of governor Zulum of Borno state are performing amazingly credibly without any loan being advanced.

The Nyako group would simply moralise, rather articulate, on good governance in terms of peace and security, women and youth empowerment; in terms of skills acquisitions, other welfare and mourning the loses, rather than the claim on mass defection; quality rather than quantity of party membership.

“ADC Adamawa has created an enabling political environment for the PDP led Government in Adamawa to govern in political peace for the benefit of our people but they seem to be more keen on politicking rather than leadership.

“They created a storm in a tea cup with nothing at stake and blew it out of proportions for propaganda purposes by claiming that there have been mass defections from the ADC to the PDP today.

“Why heat up the polity and waste resources unnecessarily at this time when there is nothing politically at stake until 2022-2023 rather than focusing on the needs of our people?

“What is very unfortunate is that they even had the audacity to have a political programme for defection, barely a month after the massacres at Tingno-Tito; and barely 10 days after the lose of lives and property in settlements around Lafiya-Lamurde; at a time when many of our people are mourning!

“This seems to be a re-incarnation of Emperor Nero playing the fiddle while Rome was burning!

“Is this Administration serious at all?

“PDP Adamawa would hear from us (ADC) InshaaAllah,” The Nyako

Now the political die is cast just a year after the swearing in.