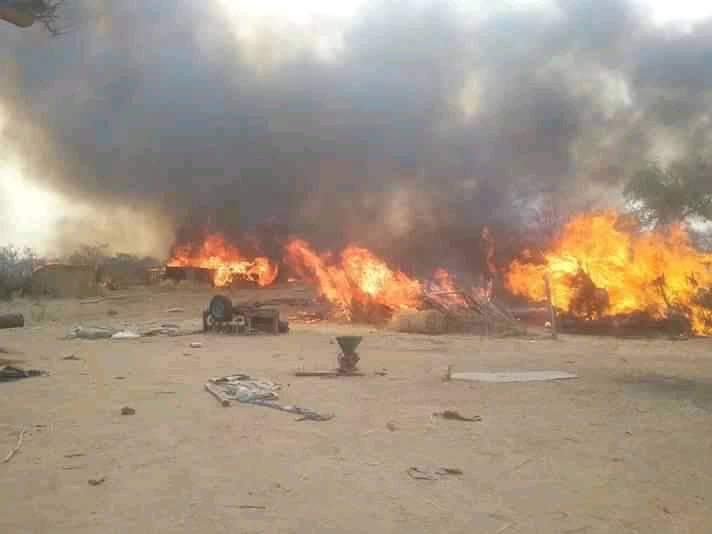 In their avowed resolve to protect the lives and property of our citizens in Northern Borno, the troops of Sector 3 Operation LAFIYA DOLE thwarted the heinous attempt by Boko Haram and ISWAP criminal elements to overrun the peaceful town of Mongonu to unleash mayhem on the law-abiding citizens of the community. 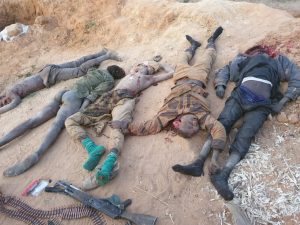 The encounter, which took place yesterday, 13 June 2020, ended with the gallant troops dealing a devastating blow on the insurgents and capturing or destroying most of their equipment.

The criminal insurgents attempted to lay siege on the community as well as the troops’ location with a number of gun trucks and foot soldiers but in a swift reaction, the gallant troops mobilised, enveloped and choked the criminals with superior fire power, forcing them to withdraw in disarray amidst heavy casualty on both their men and equipment. 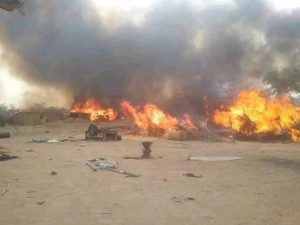 The unrelenting troops immediately pursued the criminals along their withdrawal route in order to further exploit the huge initial success recorded.

During the exploitation exercise, the troops recovered 41 bodies of the insurgents, while many more are believed to have escaped with serious injuries.

Regrettably, 2 gallant soldiers paid the supreme price while 3 others were wounded in action. The Wounded In Action soldiers have been evacuated to a military medical facility and are positively responding to treatment.

The Chief of Army Staff Lieutenant General Tukur Yusufu Buratai commends the troops for their resilience and patriotism in crushing the remnants of Boko Haram/Islamic State’s West Africa Province criminals and urges them to maintain the tempo against the criminals as we approach the end of insurgency in our country.