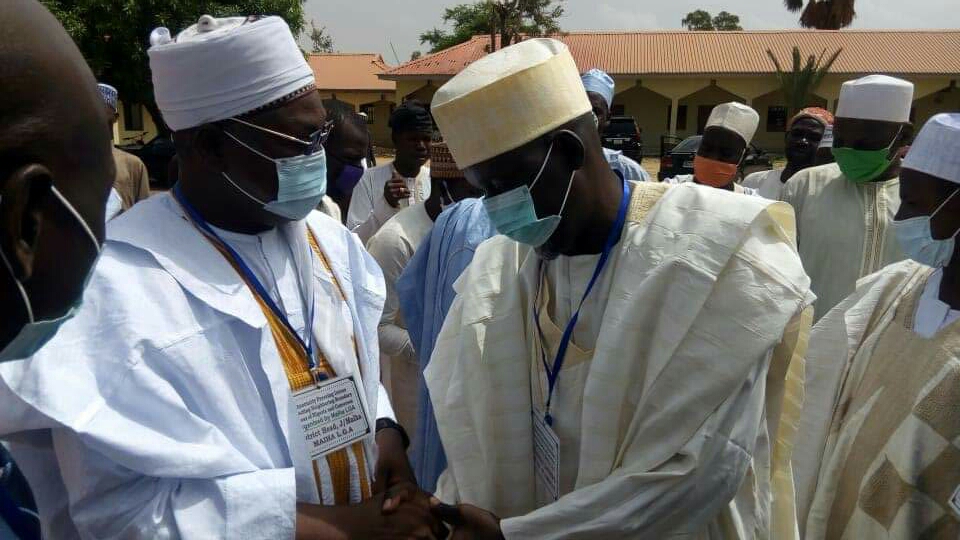 The meeting holding today has also in attendance the recognised district heads of four districts of Maiha LGA and the heads of security agencies.

Jalingo-Maiha at the moment, has no district head because the Adamawa state government is yet to act on the court order that directed the state governor to approve the appointment of Barr. Mahmud Abubakar Suleiman over a year after the judgement.

The court order has equally restrained Idi Usman Shehu from parading himself as district head of Jalingo-Maiha.

Although it was a declaratory judgment that does not give room for a stay of execution pending the determination of the court of appeal, the Periscope learned that Barr. Mahmud’s approval of appointed as district head is not granted because the case is before the appeal court.

Julia Kagani explained Declaratory Judgment as “a court-issued judgment that defines and outlines the rights and obligations of each party in a contract. Declaratory judgments have the same effect and force as final judgments and are legally binding. These judgments are also called a declaration or declaratory relief.”

So, why shouldn’t the legal court declared district head be appointed to end the prolonged scandal? I can not stop the governor from removing him if the appeal could should decided otherwise.

For over a year after a Yola high court judgement that restrained him from parading himself as district head, Idi Usman Shehu has taken to the contempt of court and executive orders with impunity, rather unchallenged by constituted authority.

The impostor is today seen to be supported by Maiha local government authority that has publicly rather before international traditional authorities from neighbouring Cameroon republic, decorated him with a participant tag as the district head of Jalingo-Maiha.

Can a bridge be made constructive on a wrong foundation?

Will it be any surprising if it built on a corrupt foundation eventually collapse from the very foundation?