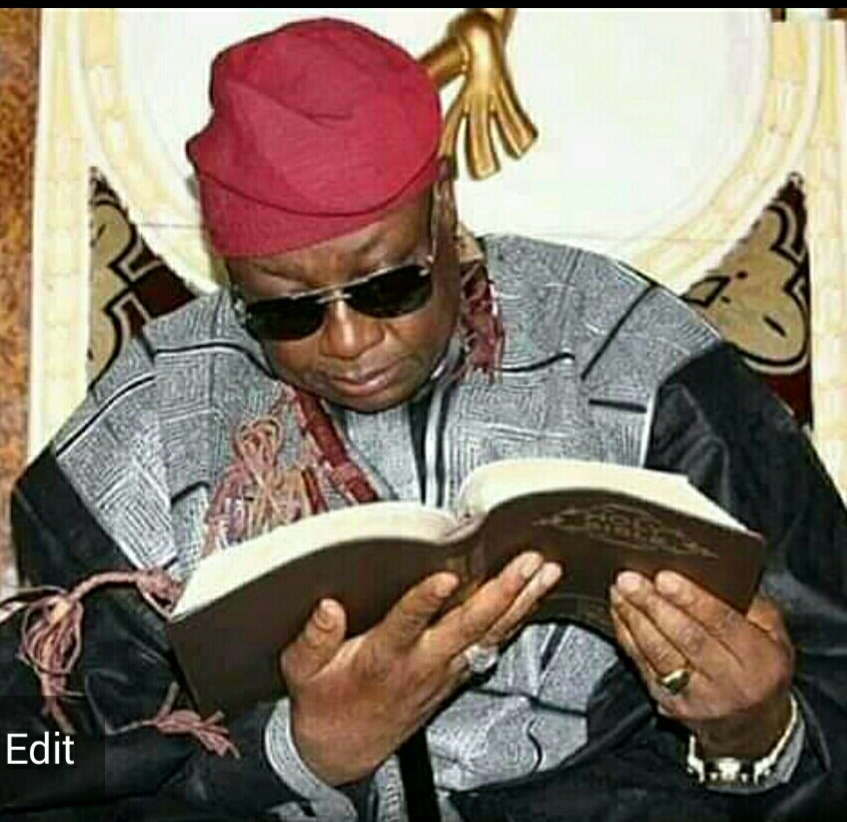 The people of Bachama Kingdom has been call to unite and respect one another so that peace will continue to reign in the area.

The call was made in Lamurde Tuesday, when the Traditional Rulers in Southern senatorial district of Adamawa State led by His Royal Highness Alh. Dr. Umar Adamu Sanda OON, FIAMN, Gangwari Ganye.

The Royal Father’s were received by His Excellency the Deputy of Adamawa state, Chief Crowther Seth, the Nzanzo Bachama.

Also in the entourage of the Royal Father’s was Hon. Elkanah Fwa Executive Chairman Demsa LGA.

Gangwari lamented that the late Hama Bachama played important and significant roles, among which was leeding advocacies for the peace and development of the people of Bachama Kingdom, Bwatiye and Adamawa State.

Gangwari described late Honest Stephen as a honest, legend, peace builder and a friend to all.

According to Gangwari, Honest has honestly, rather holistically, upgraded the custom, culture and tradition of Bachama People.

An elder statesman who excelled himself in the national service, retired from the Nigeria Army as Colonel and eventually entrusted with the throne of his ancestors on 15th December, 2013 as the 28th Hama Bachama.

The Paramount Ruler of Ganye Chiefdom on behalf of his colleagues added that, “the late Hama Bachama left at a time we needed him the most, but Almighty God loves him more better.

“Despite the fact that the death is a huge shock to the general people but God will confort the entire family, Bachama Kingdom and Adamawa State at large,” Gangwari prayed.

Responding on behalf of the people Bachama Kingdom, the Gpana Rigangi thanked the Traditional Rulers for the love they have for the people of Bachama Kingdom, reflected by their visit to commiserate with the chiefdom over the transition of their king, Honest Stephen Irimiyah to great beyond.

Rigangi said the Bachama are law abiding citizens as they would continue to be loyal to the government policies and law.

Rigangu has promised the Royal Fathers that, peace would continue to play prominently in Bachama Kingdom until the time the new king would be installed.