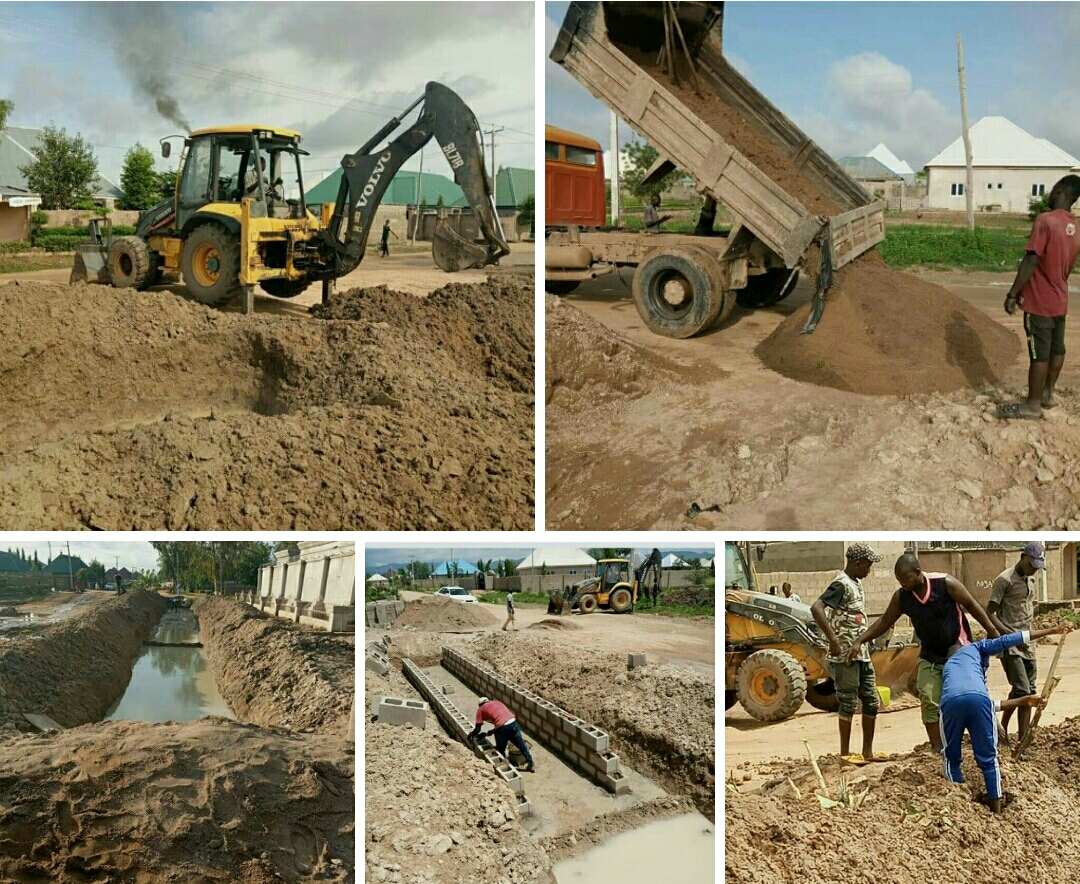 Lelewalji is a fast growing community in Yola south local government area of Adamawa state; it is a location just after Shagari low-cost housing units.

The community is well designed and structured with impeccable layouts. The buildings in the area are for the most part, suggestive of the middle-class settlement.

The constraint however, is motorable road, especially during rainy season.

Road work was said to have started in the area during the time of Governor Murtala Hammanyero Nyako, known as Baba Mainangoro, whose “Ojippa Tan,” slogan, like Kwara’s “Otoge,” saw to the humiliating defeat of his successor, former Governor Bindow.

The Lekewalji road project, the social welfare, youth and women empowerment, the skills acquisition and the security among other projects, were painfully abandoned with the seeming legislative coup, unlawfully waged by the then lawmakers against the admirable Admiral who is so far the most amiable and generous governor, Adamawa state has had.

Even though, Lekewalji has not been in anyway among the community to enjoy even the rural road project by the state government and/or under RAMP during Bindow the fashion governor, people are not discouraged from building magnificent houses there.

One year after Governor Fintiri’s swearing in, the inhaled air in Lelewalji isn’t fresh but natural, from the planted trees, typical of that  recollected in tranquility, articulated by the romantic poets.

Having realised that not even a breeze from RAMP to Lelewalji, the community confined itself on a “self-help as a social responsibility, to make the road in the area motorable.

Instead of commendation, the credit  earned from the community contributions, is shamelessly stollen by the seeming desperadoes, whose acquired skill, lies in misguiding their principal via social media.

The fake social media claim that Lelewalji community is enjoying a “fresh rather than the natural air, as the state government has embarked on road construction there, is being neutralised as being economical with the truth.

Yes there is the road project in Lelewalji, the Periscope investigation can reveal.

But the road construction is a community based rather than a government project and the enjoyed air is not yet “fresh” but just the romantic natural.

Speaking the minds of Lelewalji community, Dr. Yarima Sulaiman Yusuf wrote on his Facebook wall, explaining that “contrary to some postings on social media that Lelewalji road is being constructed by the State government, This is indeed a community project initiated by Dr Dahiru Yusuf Ribadu, Barrister Bello Bakari and myself.

“We have also had meaningful contributions from few other individuals in the area and we engaged A.S Yadin Nig Ltd to do the road for us.

“My sincere gratitude to all those that have sacrificed the little they have to see that people in the area do not suffer this raining season.”

The state government could take over the road construction from the Lelewalji conscious community, defining dividends of democracy, adding “Fresh” to the natural air.