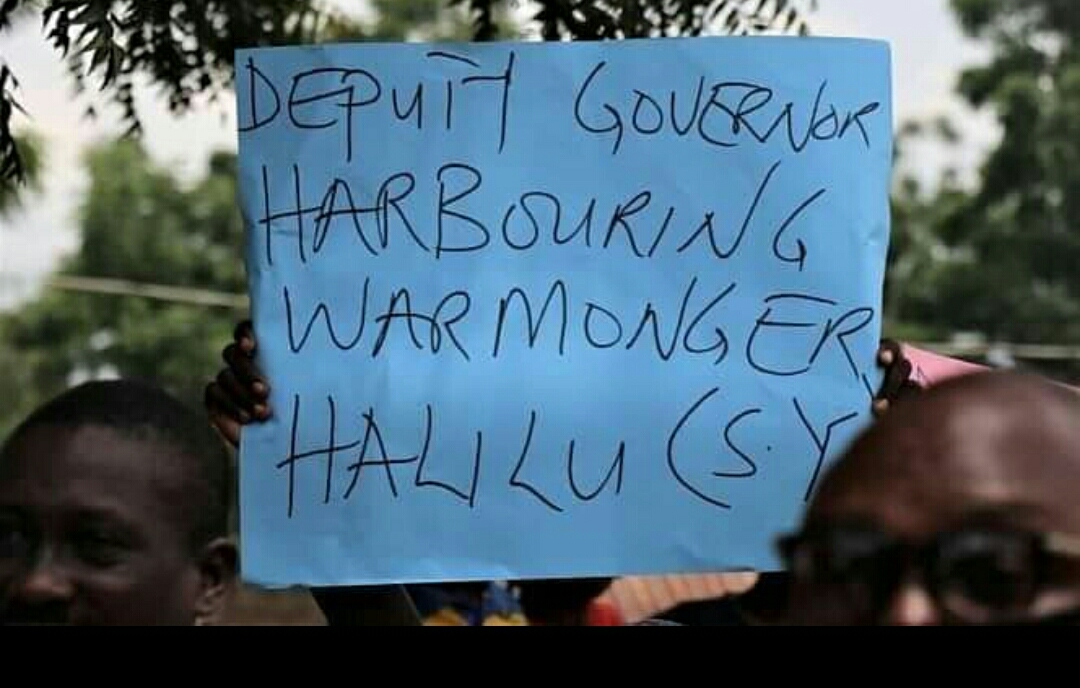 * The Lunguda spelt out conditions for peace accord:

* Compensation of unsecured lives and property

*:Sacking of Seth who some considered as Crowther crown of crises the deputy governor

* Release of the innocent Lunguda youth in police custody

* Immediate arrest of the alleged mastermind behind the crises

The collective call by the Lunguda community came when the governor and his deputy visited to restore peace in the area.

Eyewitness reported that the internally displaced persons at IDP camp in Guyuk boo booed at the deputy governor, addressing him as a “betrayer, mischief maker, enemy of Lunguda land and defender of our enemy.”

Eyewitnesses reported that Crowther Seth “shed tears like an infant who lost a mother. He eventually hide his face in shame even when the governor was addressing the protestants at the IDP camp.

The Lunguda stakeholders revealed to the governor that what has been happening in the area was not communal clash between Lunguda and Waja as it was obnoxiously presented. It was a well scripted and executed attacks.

The stakeholders lamented that Lunguda communities were razed down in the wake of the attacks by the alleged nocturnal gunmen who raided  at night.

Sources reported that the Lunguda community demanded for compensation, sacking of Seth who some considered as Crowther crown of crises the deputy governor, release of the innocent Lunguda boys in police custody and immediate arrest of the alleged mastermind behind the crises, should Adamawa government want Lunguda community to forgive, forget and embrace the proposed peace accord.

The same deputy governor was alleged to have been behind the arrest of only the Hausa Muslim by the policemen in the Ethno-religious crisis in Tingno some weeks previously, where the Hausa community was gruesomely attacked by the tribal militia.

In a swift reaction, those who are sympathetic to the deputy governor alleged that the protest was but a sponsored, politically motivated and  technically calculated as a step aimed at removing the Seth and replacing him with a favoured politician from the  zone.

The governor while responding,  said he would set up a panel of enquiry to find out the immediate and remote causes of the crises, assuring that law would take its course.

Political observers have however articulated that the Lunguda has lost confidence that there would be good governance due to the unending motivate by politics crises in their community, among other parts of the southern senatorial district of the state.

“Many Lunguda folks have since Sunday, took to the Facebook street to declare their zero support for the continuity, come 2023.

“A number of people have destroyed their ATM cards, signifying withdrawal of their supports, arguing that the ATM governor has been given dispense error to the Lunguda while trying to cash out justice,” the political commentators would observe.