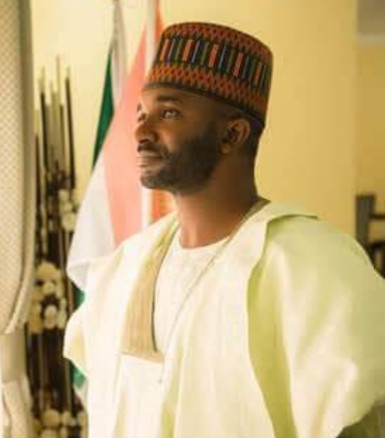 Between 2015 – 2019 many killings took place around Numan, Lamurde, Demsa and Girei LGAs of Adamawa State. I had course to visit some of the affected communities then and observed the carnage in the wake of those raids first hand. The narrative then was that it was a case of farmer-herder crises (1).

Subsequently, I had course to visit many wards and units that I had not visited previously in the aforementioned local governments during my Campaign. I then observed that vast areas of grasslands were scorched and many hamlets were razed to the ground. I also observed that many mosques were burnt. I further observed that many of the communities were no longer heterogeneous. The narrative then was that ethno-religious cleansing had taken place in those localities perhaps in preparation for elections (2).

Moving forward after the elections in 2019 to date the narrative has begun to change again. The Adamawa State Government ordered the arrest of a councillor who was accused of cattle rustling and some cows were returned to their owners through Miyetti Allah and Tabbital Pulaku.

The investigations revealed that some of the raids that were previously assumed to be raids on herdsmen communities by Bwatiyes were actually raids by criminal elements who were cattle rustlers. In a nutshell, though communal participation in some raids could not be eliminated, it is clear that there is a third narrative which involves cattle rustling and banditry (3).

Recently, some killings took place in Tingno-Tito axis of Lamurde LGA. It is assumed that these were carried out by communities that were co-located. What is common to both communities is that they are farming communities; therefore the farmer-herder narrative is not applicable here. What is applicable here is tribalism with a tinge of religion. Therefore ethno-religious crises is the fourth narrative (4).

Also, recently, killings took place around Lafiya-Lamurde in communities that were predominantly Waja and Lunguda. These are 2 ethnic groups that are virtually interwoven through marriages within those communities. They are farmers. So it is almost a case of neighbours killing neighbours. The main difference between other than their ethnicity being their religion.

Now, the yardstick of Hausa-Fulanis against ‘kabilu’ is not applicable here. The narrative on the ground here being 2 ‘Kabila’ groups of different religions fighting each other (5).

In summary, between 2015 to date we have had shifting narratives from Farmer-Herder Crises (1) to Ethno-Religious Crises for political reasons (2) to cattle rustling/banditry (3) to Farmer-Farmer crises based on ethnicity and religion(4) to ethnic crises based on ‘kabilanci’ and religion (5).

It is clear from the foregoing that there have been shifting narratives with regards to the restiveness in our communities. The narrative: ‘Fulani-Herdsmen’ or ‘Communal Clashes’ should not always be used to mask a lot of underlying issues. This amounts to intellectual laziness.

Monarchy In Mubi: Fintiri approves the appointment of Marafa as district head of Mubi