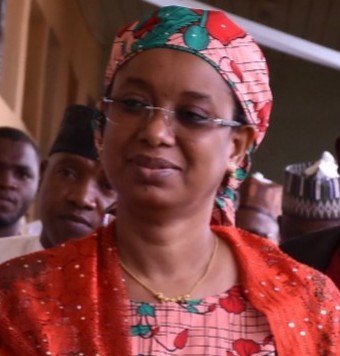 Having placed announcement for nomination of the best of the rest in the race for the Periscope 2020 productivity award, over 15 different groups and still counting number of people nominated Sen. Binani.

The following is the reason in summary for their choice:

She is the only female Senator from the 19 northern states, the only one from Adamawa and also a member of the All Progressive Congress.

In October last year, she empowered 385 youths and whom through various trainings for skill acquisition in various trades and occupations who are now waiting for starter packs for them to be on their own or even become employers of labour.

Just few days back she donated 21 trailer loads of 12,600 bags of fertilizer to farmers across the state.

She flagged off the installation of 1,600 solar panel street light.

She is currently constructing primary healthcare center in Uki tuki ward of Fufore local government area under her zone.

She drilled and also drilling boreholes in each of the local government areas under her zone.