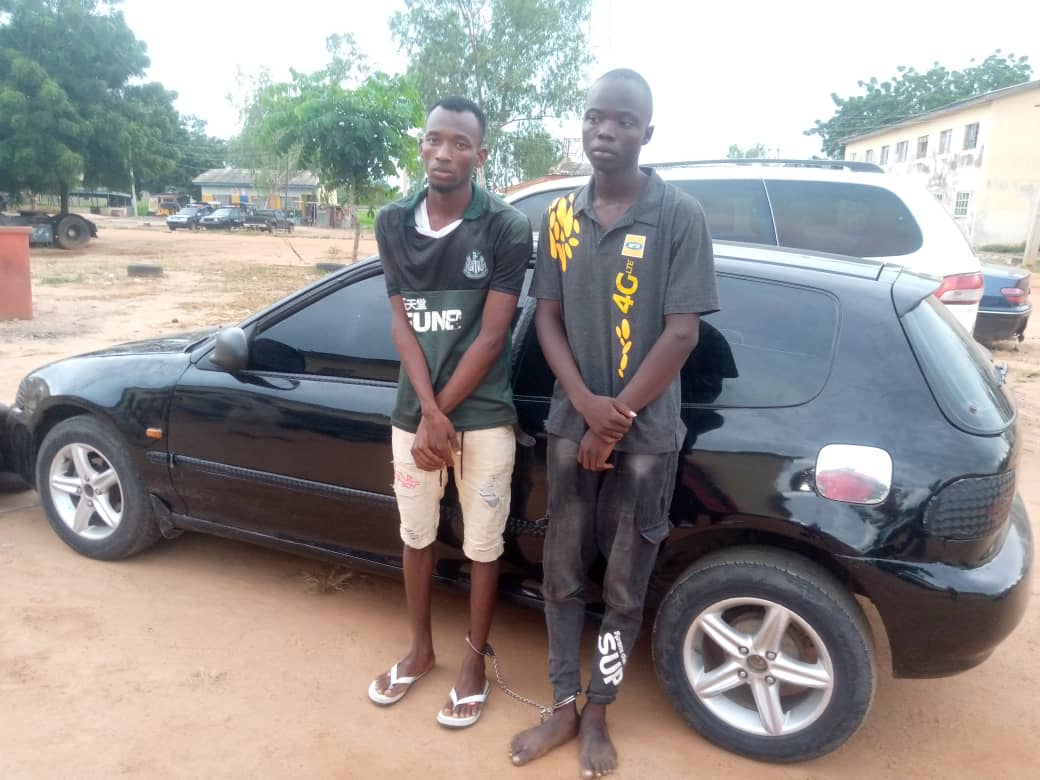 *.Urges residents to report suspicious persons, movements to the police

The press release Saturday, issued by the Police Public Relations Officer, DSP Suleiman Yahya Nguroje revealed that “the command through its gallant men attached to Karewa division apprehended a 30-year old Mustapha Ismail, a resident of Zango ward in Yola North local government on the 16 September 2020 for stealing a Toyota starlet with Reg. No. MDG 505 AA parked inside Jimeta Ultra-modern market.

“Similarly, on the 19 September 2020 the gallant officers of Special Anti-Robbery Squad (SARs) responded to distress call from a resident of Demsawo, whose vehicle with Reg. No. SB 509 DBT was stolen in his house and was recovered along Ngurore road, driven by 20-year old Zahraddeen Adamu a resident of Demsawo in Yola North and Salihu Mohammed a 25-year old resident of Ngurore in Yola South LGA.

“The command while ensuring that the victims get back their stolen cars enjoins residents to report any suspicious persons around their neighbourhoods to the nearest police division or report same through any of the Police Command Control/Emergency numbers:

Nguroje said that the Commissioner of Police Olugbenga Adeyanju has affirmed the command’s commitment to preventing, detecting crimes and forestalling any act capable of causing a security breach.

“The command is also working in close synergy with sister security agencies in its ongoing effort to strengthening security in the state,” Nguroje said.