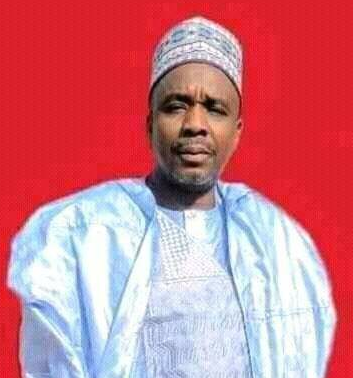 Alhamdulillah! Prayers are answered, today marks the end of complicity to apostasy and conspiracy, coerced dictatorship and tyranny for anarchy against the legitimacy of the monarch and monarchy in Jalingo-Maiha district, Maiha local government area, northern senatorial district of Adamawa state, northeast Nigeria.

“The Creator has done it again. The architects, lacking the will, are summarily put to silence fame of shame with the determination of the court of appeal that upheld the Yola high court judgement on who mounts the stool as the legitimate monarch in Jalingo-Maiha district.

“There’s peace everywhere with the executive banning of an executively imposed on people impostor to the district headship that was judicially challenged to be squashed.

“Idi Usman Shehu, a nephew to a village head whose late father, a wakili (agent, representative) to the late district head, was obnoxiously coerced on the people by the then acting governor Wilberforce Juta, for a memory, in the defunct Gongola state as the nasty legacy of the demon-crazy electioneering atmosphere of the early 80s after having dictatorially removed the district heads of Belel and Jalingo-Maiha simply for entrusting their mandates to NPN gubernatorial candidate.

“A demonstration of an undemocratic demon-crazy that would not stand without meeting judicial challenge.

“Junta’s action and intention against the monarchy in Jalingo-Maiha was frustrated by the court of competent jurisdiction that ordered for the reinstatement of the illegally, removed for political reasons district heads of Belel and Jalingo-Maiha.

“Idi’s father was however allowed to continue playing his role as an agent to the district head since he was only previously pushed by executively obnoxious order to put on the oversized shoes of his master for which he found it hard and near impossible to work with.

“When the late district head has finally transited to great beyond about seven years ago. The then Governor Nyako was said to have directed that the successor to the stool should be from the heirs to Ubandoma.

“It is hard to conjure up why it would have to take about seven years for the stool to be vacant and/or to be occupied by an impostor lacking any root to monarchy in Jalingo-Maiha district other than the bitter branch that the late Juta tried without success to transplant as much as it is hard to decipher why Idi Usman Shehu who is not in any way near to being a heir to the throne would have to be smuggled into the monarchical contest and why his inclusion was not initially rather radically challenged by the legitimate contestants; the heirs to the throne.

“One would have thought that however the alleged financial manipulation to lure the village heads into voting for nominating a village villain, it would be immaterial with the final selection by the Mubi Emirate Council having the final decision.

“However, owing to a distasteful and disgusting executive interest, the then Governor Bindow, would not follow the Nyako resolution to have a heir succeed his father to the stool, as much as he would have to reject the Emirate Council’s selected for approval of appointment as district head.

“Like Juta, Bindow erroneously appointed the son of the agent to the late district head to the stool.

“Bindow was not to eat his executive cake and have it; not only the legitimate heirs but the teaming people with conscience in Jalingo-Maiha would have to challenge executive tyranny; dictating a dictator to smear the monarchy with an act of apostasy for anarchy.

“The people in their teeming number, celebrated the high court verdict that restrained the governor appointed from parading himself as district head he would remain never to be and to approve the appointment of the Emirate Council’s selected being the heir as the legitimate district head.

“The governor would not honour the court order and the governor appointed but high court nullified, said to be again, enjoying the Juta’s rather jaundiced support, continued his romance with the contempt of court order for which he had filed an appeal even though as a third defendant, joined by none other, which resulted in another two years delay.

Maiha and Mubi local governments have reason to celebrate the return of order to the monarchy with the determination of the court of appeal that upheld the high court ruling against the Bindow appointed.

There have been celebration and supplication, dancing and devotion; a surety of answered prayers in Jalingo-Maiha district

Dalil the darling acting district head repeatedly said he was not in Jalingo-Maiha to rule but to hand over the stool to the heir as the legitimate district head.

The appeal court ruling went in favour of a prophecy. Barr. Mahmud Abubakar Suleiman the real heir is declared as the legitimate district head whose appointment is now waiting for executive approval and the executive is isn’t anymore any Juta or Bindow but Fintiri, a governor who plays non interference in any monarchical activity.

“That’s why Maiha is in celebration over the appeal court favourable judgement,” the sage would say.