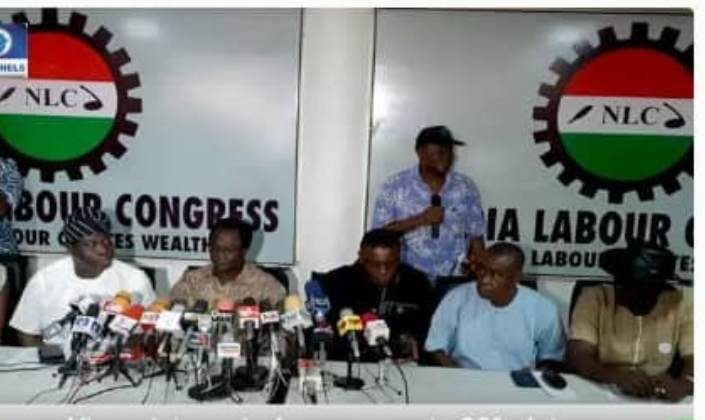 Strike action and Protest against the increase in the fuel pump price and electricity tariff by the two major labour groups in Nigeria, scheduled for today Monday 28th September, 2020 has been suspended.

NLC Secretary revealed that the suspension was as a result of the agreement reached between government and labour at a meeting, which lasted into about 2.45am this morning.

“The pump price remains while electricity tariff has been suspended for two weeks for labour and government to look and work out an agreeable template for the demands.

“The Congress Chairman has however directed that all offices should therefore be opened for normal businesses and workers allowed to carry on with their legitimate duties.

“The Congress leadership also salute the cooperation and support the SEC has demonstrated since the beginning of the struggle.