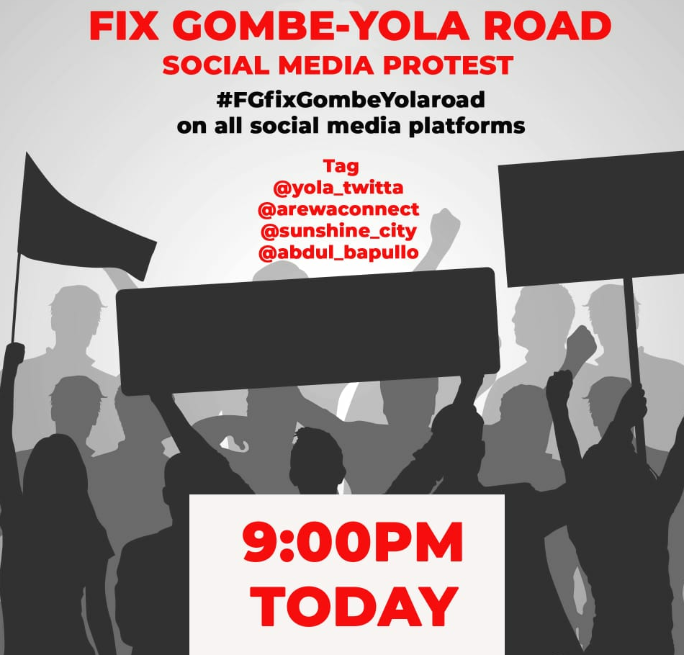 Federal government has hearkened to the popular call, protesting for the political will in the rehabilitation of Gombe to Numan road.

Adamawa citizens have taken to media both the mainstream and the new, pressurising the federal government to address the life threatening road linking Adamawa from Gombe with the hashtag #FixGombeYolaRoad.

The federal government has responded to the cries by approving N7 billion for the ‘urgent’ reconstruction of the 46.3 km Cham to Numan road..

The Nigeria News Agency (NAN) reports that for many years the path, located in the states of Gombe and Adamawa, has been in deplorable condition.

The approval of the sum on Saturday while inspecting the road was announced by Mr Salihu Abubakar, Federal Controller of Works in Adamawa.

He said that work on the project was delayed due to inadequate funds, adding that the Federal Government’s approval of the fund was part of palliative steps to cushion the suffering of road hauliers and commuters.

The work is coming as a result of the rainy season, according to him, which stopped work on the project, thereby worsening its already deplorable condition.

During the rehabilitation work, he encouraged travellers using the road to be careful and exercise caution.