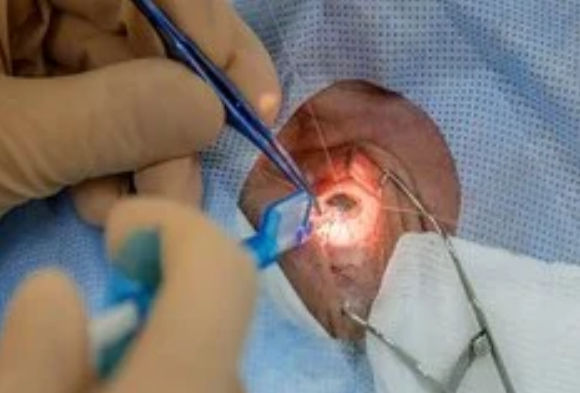 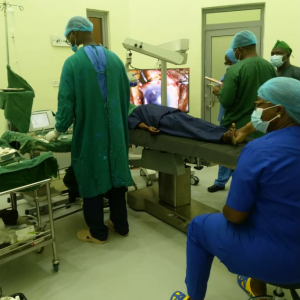 Dr. Auwal Saminu Jibrin, Consultant Ophthalmologist, has on Wednesday, October 14, 2020, led a surgical team into what could be considered as the eye Centre of the FMC Azare for the first and successful Phacoemulsification surgery.

Your doctor inserts a tiny probe into the eye. This device emits ultrasound waves that soften and break up the lens so that it can be removed by suction. Most cataract surgery today is done by Phacoemulsification, also called “small incision cataract surgery.”

A) An incision is first made in the cornea, the outer covering of the eye.

B) A Phacoemulsification instrument uses ultrasonic waves to break up the cataract.

C) Pieces of the cataract are then suctioned out. To repair the patient’s vision, a folded intraocular lens is pushed through the same incision and opened in place. He left Paediatrics for Ophthalmology, the specialty he had his residency to became the first Consultant in the Ophthalmology Department of the health facility

Below is the Summary of His Educational Background:

Bellow is the Summary of His Working Experience:

The well built and equipped with state of the art FMC Azare Eye Centre, appearing to be the best in the northeast, an elder in can revealed to the Periscope, was courtesy of His Highness Sanusi II. This takes another report. 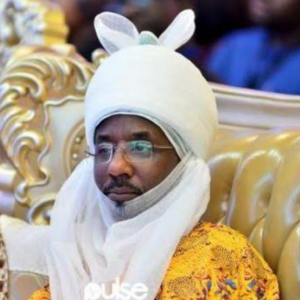 Charles Kelman created phacoemulsification in the late 1960s. His goal was to remove the cataract with a smaller incision, less pain, and shorter recovery time. He discovered that the cataract could be broken up, or emulsified, into small pieces using an ultrasound tip. At first, phaco was slow to catch on because of its high learning curve. With its success rate and shorter recovery period, surgeons slowly learned the technique. Over the past decades, surgeons have constantly refined phaco to make it even safer and more successful. Innovations in technology such as the foldable IOL also have helped improve outcomes by allowing surgeons to make smaller incisions.

During surgery, the patient will probably breathe through an oxygen tube because it might be difficult to breathe with the draping. The patient’s blood pressure and heart rate also are likely to be monitored.

Before making the incision, the surgeon inserts a long needle, usually through the lower eyelid, to anesthetize the area behind the eyeball.

The surgeon then puts pressure on the eyeball with his or her hand or a weight to see if there is any bleeding (possibly caused by inserting the anesthetic).

The pressure will stop this bleeding. This force also decreases intraocular pressure, which lowers the chances of complications.

After applying the pressure, the surgeon looks through a microscope and makes an incision about 0.1 in (3 mm) on the side of the anesthetized cornea.

As of 2003, surgeons are beginning to favor the temporal location for the incision because it has proved to be safer.

The incision site also varies depending on the size and denseness of the cataract. Once the incision is made, a viscoelastic fluid is injected to reduce shock to the intraocular tissues.

The surgeon then makes a microscopic circular incision in the membrane that surrounds the cataract; this part of the procedure is called capsulorhexis.

A water stream then frees the cataract from the cortex. The surgeon inserts a small titanium needle, or phaco tip, into the cornea.

The ultrasound waves from the phaco tip emulsify the cataract so that it can be removed by suction. The surgeon first focuses on the cataract’s central nucleus, which is denser.

While the cataract is being emulsified, the machine simultaneously aspirates the cataract through a small hole in the tip of the phaco probe. The surgeon then removes the cortex of the lens, but leaves the posterior capsule, which is used to support the intraocular lens.

The entire procedure takes about 20 minutes. The phaco procedure itself takes only minutes.

Most surgeons prefer a certain technique for the procedure, although they might vary due to the cataract’s density and size. The variations on the phaco procedure lie mostly on what part of the nucleus the surgeon focuses on first, and how the cataract is emulsified.

Some surgeons prefer a continuous “chop,” while others divide the cataract into quadrants for removal. One procedure, called the “phaco flip,” involves the surgeon inverting and then rotating the lens for removal. Advances in technology also may allow for even smaller incisions, some speculate as small as 0.05 in (1.4 mm).