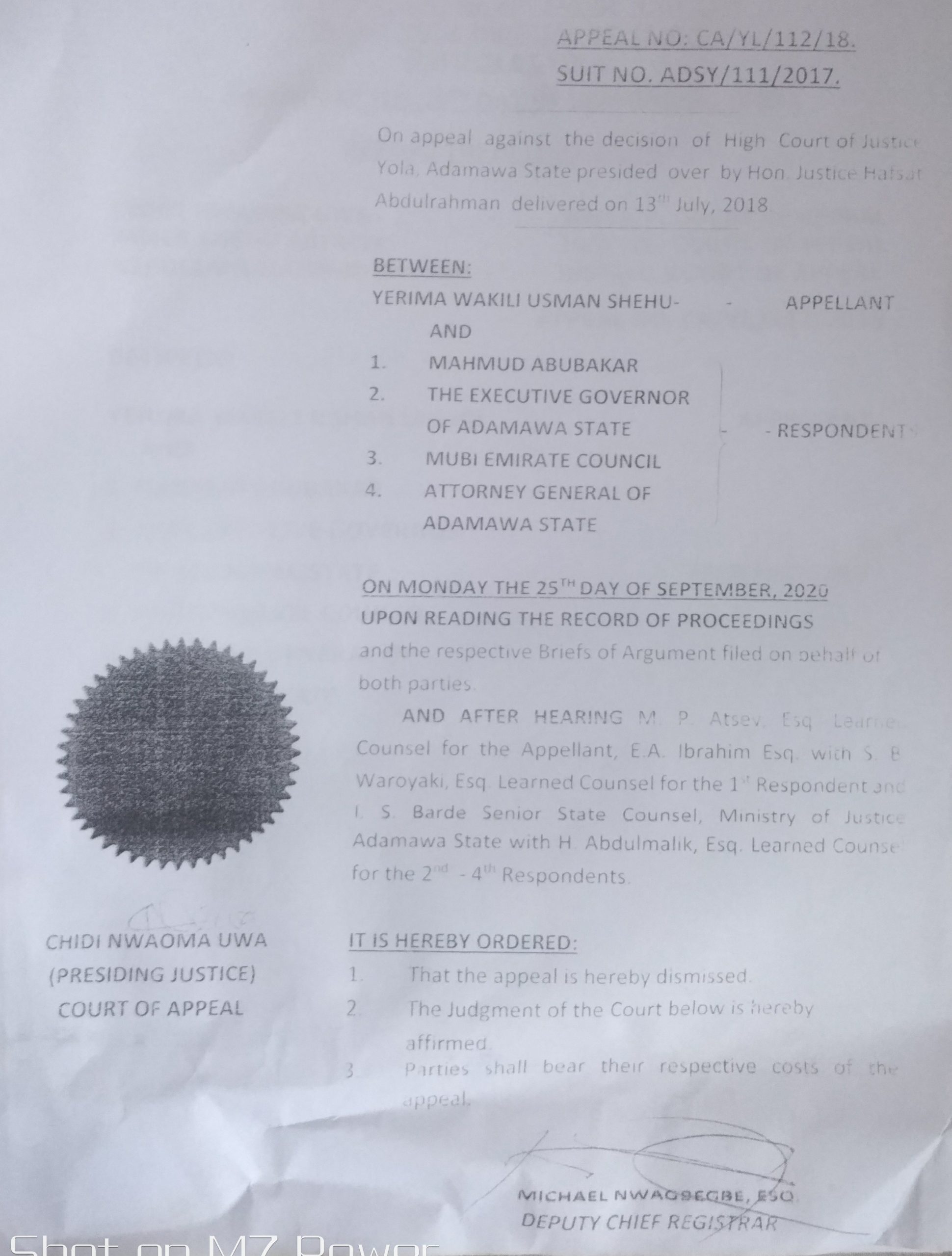 * The heirs shouldn’t be among those lacking strategic and critical thinking to let criminals of conscience go between them. If they meant well to the heirs, Idi shouldn’t have been initially appointed illegally to the stool – Elder

* Is it about the grazing reserve, over ambitiously claimed, dictatorially drove away the herdsmen and illegally sold to those without the Jalingo-Maiha spirit? Youth

* A legislature could “legisloot” as much as a teacher could take to cheetah to cheat but the duo can’t decimate an established monarchy, larger than their grip, when a simple question is asked; what were their legacies to the community when in authority they had the opportunity, other than conspiring against the monarchy for anarchy? – Sage 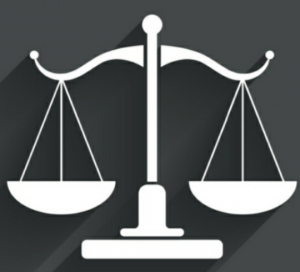 The good and conscientious people of Jalingo-Maiha district, who are in the majority, celebrate the defeat of fascism before the law, by sharing copies of the determination of appeal court being mass photocopied at the cost of N500 each.

“We’re celebrating the defeat of hypocrisy, complicity to conspiracy for anarchy against the established monarchy in Jalingo-Maiha.

“We want everyone who cares to have the idea of the judgement that also metaphorically explains the legacy of the previous governors who claimed to be indigenes of Maiha but technically sow the sour seed of discord, which not only slows down but backslides the progress and development of the peacekeeping, peace living and peace loving community; the Macca and Madinah acquired models put together”, a jubilating elder in Jalingo-Maiha district would say.

One would have thought that it would have been over with the determination of the Appeal Court, affirming the High Court ruling by dismissing the appeal applied as lacking any ground in the case of monarchy in Jalingo-Maiha.

However, the devil is never to rest, even with the the defeat and resistance, it remains deafened having ardent forerunners assiduously committed to going against the court ruling, the people’s choice and the God’s will.

The acting district head would have thought that it would not be over until it is totally over, hence, joining the sage, appealed for prayers, seeking for Divine intervention, with a view to flushing out any form of hypocrisy, complicity to conspiracy for the near apostasy and anarchy against the monarchy in Jalingo-Maiha.

After the appeal court judgement that finally humiliated former governor Bindow’s superimposition of a district head for which the Palace would not accommodate, the Council would consider as dictatorial taboo and the entire monarchy left in mourning, some people in other districts away from Jalingo-Maiha, trying to play the God but lacking even the qualities of the pre-revealed religious and/or traditional gods, are reported to have declared that it is one thing to have the appeal court determined against their candidate, it is another and stronger for them to let the appointment of the Mubi Emirate Council declared and the Courts returned Barr. Mahmud Abubakar Suleiman approved by the Adamawa state governor.

The people of Jalingo-Maiha district have been anxiously waiting for the appeal court determined, returned appointed district head. Barr. Mahmud would however have to keep his return to Maiha in suspense to avoid being suspected of arrogating to himself the state executive responsibility, pending the governor’s approval of the appointment as duly directed by the courts.

However, the anarchists, misfits for mischief, misinterpreting the strategic thinking, are said to have claimed that they are those behind the inability of the legitimate district head return to Maiha to be celebrated because they would rather want another heir, to the throne rather than the Emirate Council selected and the courts determined.

This development has raised so many questions:

* Who are the people against the legitimate district head, are they of the district?

* Why is it now that they will prefer another heir other than Mahmud the Mubi Emirate Council selected, when they initially ignored other heirs for an alien to the stool?

* Can the heirs ignore the struggles most of them supported their brother to reclaim the stool; their birthright earlier, using executive might taken away from them?

* Does the resistance have anything to do with the will be scandal relating to the grazing reserve wrongly sold and diverted the proceeds to private purse that the new Sheriff, a barrister as district head will not tolerate as alleged?