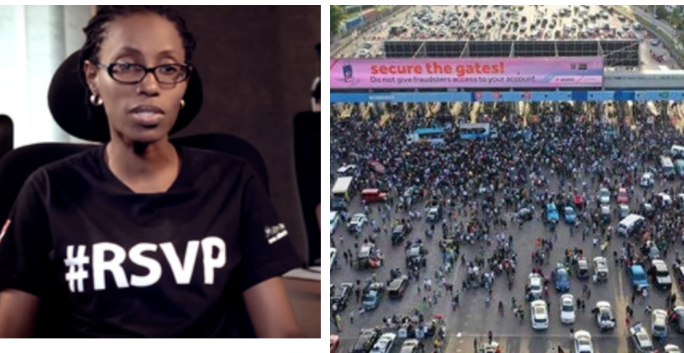 stands for Enough is Enough a leading NGO that milled the world over Lekki shootings , which contributed in defeating #EndSARS protests to riots apologised for what can be considered as not only fate but hate news against Lagos and the Nigerian government.

The question that is asked is that can apology via Twitter over fake and hate news against the security and state, which resulted to wanton destruction of traditional authority, public buildings and propeties; a near anarchy and international condemnation of Nigerian government and support for the #EndSARS riots be enough? 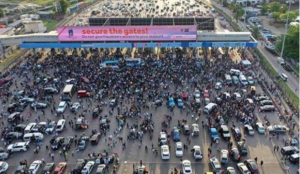 “The critical minded will simply ask a leader who caused the list of lives of innocent citizens and wanton destruction to resign and face international court of justice. EiE should, based on this premise, be delisted from the registered NGOs and the information credited to it should have to be scrutinized and censored,” Fred Oyono would say.

NPO reports that there are indications that more people and organisations are coming to realise the errors in their alleged Lekki shootings.

One of Nigeria’s leading organisations Enough is Enough EiE has admitted it was wrong over its initial publication and allegations that the Lagos state governor Babajide Sanwoolu ordered the removal of CCTV cameras from the Lekki Toll Gate.

EiE, led by Yemi Adamolekun is one of the credible organizations in Nigeria that other global bodies rely on for its positions on Nigerian affairs. The European Union, United Nations, and others misled by EiE, have condemned state authorities over alleged state-sponsored “killings at the Lekki gate”. 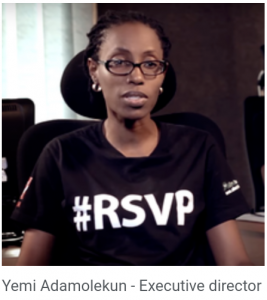 Yemi Adamolekun, took to its Twitter page to tender the apology admitting that it was wrong over its initial publication and allegations that the state governor, Babajide Sanwo-Olu ordered the removal of CCTV cameras from the Lekki Toll Gate.

The apology and other events after the Lekki shootings give indications that more people and organisations are coming to realise the errors in their alleged attack on the #EndSARS protesters at the venue.

The NGO tweeted: “This was an error. These cameras are not CCTV cameras but license plate verification cameras.

They were removed to prevent vandalization after Gov Babajide Sanwo-Olu announced the curfew. The CCTV footage is intact. We apologise for the error,” he said

Zahraddeen on #endviolenceinNigeria gave a food for thought; kind of “a word is enough for the wise” when he shared via his Facebook page the following:

It is your right to protest but study this cycle!

This is what happened from Libya to Syria to Yemen to CAR to Somalia to Liberia to Sierra Leone  to Ivory Coast to Rwanda:

* Plot 1. Peaceful protests by the people,

* Plot 5. Army and police withdrew due to international pressure to guard their own barracks only.

* Plot 7. Mob went after assets and lives of middle class or anyone that has semblance of wealth. Estate housing middle class were attacked. Remember no more police or army to protect them.

* Plot 9. Refugees flee the country in thousands to become beggars in neighbouring and other countries.

* Plot 10. This is no more 1960s. The internal wars will be a recurring decimal, no uniting force – Libya scenario.

“I hope we are praying. All those houses, wealth and loved one could disappear in twinkle of an eye. Those abroad blowing the flame will be eating Kentucky chicken. US, UK and UN will turn blind eye except UN peace keepers kept in one expensive hotel – Remember hotel Rwanda.

“What we all need is prayer for Nigeria, for us and our family. Those millions or thousands in bank might be worthless than toilet roll papers”.