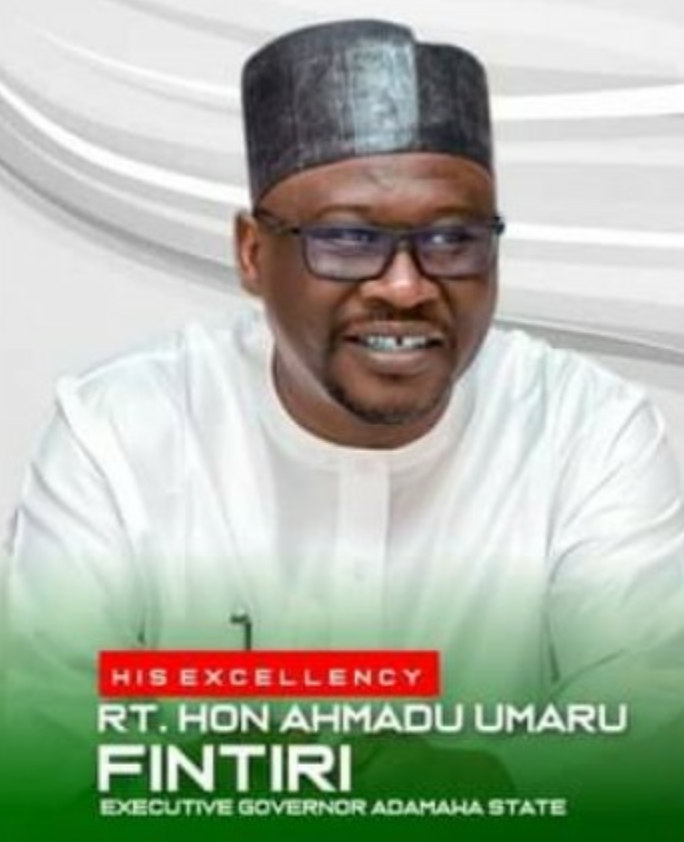 Hoodlums, responding to the call for anarchy, a legacy of #EndSARS protests degenerated to riots, broke into Sangere silos and state co-operative society storehouse, Bakin Kogi and looted Covid-19 palliative food commodities meant for disastrous management both natural as in Flord, famine or epidemic and human has in herdsmen – farmers and communal clashes among others.

Lives were lost resulting from stampede with the strange experience and when allowed, not only the public silos, people’s shopping malls and even markets would also be vandalised as religiously practiced by the hoodlums.

It is based on this and other cogent reasons articulated, that the Adamawa state governor, Rt Hon. Ahmadu Umaru Fintiri, in a state broadcast, imposed a 24-hour curfew, banning vehicular movements indefinitely in the state at a time of harvest.

Below is the governor’s address:

BEING THE TEXT OF A BROADCAST BY HIS EXCELLENCY GOVERNOR AHMADU UMARU FINTIRI ON THE ON-GOING VANDALISATION OF GOVERNMENT PROPERTY ON SUNDAY 25TH OCTOBER 2020.

Fellow citizens, it has become necessary to address you this afternoon following the activities of some misguided elements who have broken into warehouses owned by the State Government and carted away COVID-19 palliatives.

Up untill today when the hoodlums broke into the warehouse, our youth have remained calm and have refrained from joining any irate movement that could destabilize the peace Adamawa State has been enjoying so far.

In this regard I wish to commend the youths who have not allowed themselves to be misled into doing anything untoward since the ENDSARS protest began in some parts of the Country.

While this Government respects the rights of the citizens to seek redress, it is not blind to the fact that there is a civilized and responsible way of channeling genuine grievances.

For the avoidance of doubt, the Government has through the State Emergency Management Agency (ADSEMA) distributed palliative through the Two Hundred and Twenty Six wards of the State during the outbreak of the COVID-19 Pandemic, to cushion the effects of the first and second lockdowns declared in the State.

Two weeks into the First Lockdown, with an end to the pandemic not in sight, I directed that more foodstuffs be released to the people and distributed to the Twenty One Local Government Areas.

Considering the hardship experienced by workers especially those at the lower cadre, I directed for third distribution of food items to all workers from Grade Levels 1-6.

A Fourth Distribution was also directed through Local Government Areas, before the announcement of the Second Lockdown.

I should emphasize that throughout this exercises, up to the fourth distribution, these items have been from our State Emergency stock.

With the incessant conflicts and insecurity manifested in perennial communal clashes, Farmer/Herder conflicts and the activities of insurgents and banditry, the State is always managing one emergency situation or the other, hence cannot afford to minimally keep its Warehouses empty.

The support of the Coalition Against COVID-19 (CACOVID) was flagged-off in August 2020 in the State.

Since the Flag-off the supply of the items to the Warehouse have been slow.

While some of the items such as Noodles, Sugar, Salt, e.t.c. have been delivered, rice which is the most critical of the items is yet to be delivered hence the delay in the release of the items.

Even at that, plans have been concluded to commence the distribution of what is available on Monday the 26th October 2020 before the latest incidence occurred.

Fellow citizens we cannot allow hoodlums and misguided elements to operate unchallenged when we are already battling with the challenges of Insurgency, Kidnapping, Cattle Rustling, Banditry and Farmer/Herder clashes.

Furthermore, reports of people dying in the stampede have been received and we cannot afford to allow anyone to lose his or her life.

We must also avoid a scenario where the security, agents will be blamed if any person loses his/her life while being prevented from looting and destroying Government property.
In view of the above, I have declared and imposed an indefinite dawn to dusk curfew throughout the State beginning from 3 o’clock Sunday the 25th of October 2020.

Movement by all manner of vehicles except as authorized, is hereby prohibited as the curfew comes into effect.

As a responsible Government, we shall do everything within our powers to protect the lives of every citizen and will not brook any lawlessness within our boundaries.

I charge every citizen to remain calm as we navigate this current situation.