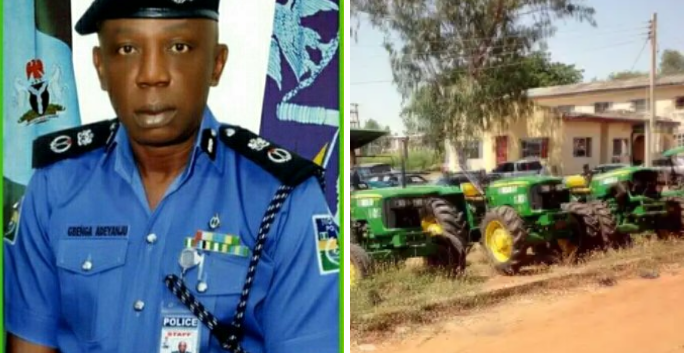 Adamawa State Police Command has arrested 238 suspected hoodlums responsible for massive vandalization and looting of public and private properties across the state, which prompted a total and indefinite curfew imposed on Sunday.

“The Command in collaboration with sister security agencies has so far dealt decisively with all acts of lawlessness.

“As I speak, we have 238 males and females suspects; 184 apprehended for breaking and looting government, private and corporate warehouses in the state, while 54 were arrested for violating the state government curfew,” the CP said.

Adeyanju added that the 12 tricycles and 9 vehicles confiscated were used in conveying looted properties.

The commissioner commended the good people of the state especially, those that refused to accommodate miscreants and looted goods into their houses and those that volunteered information to police.