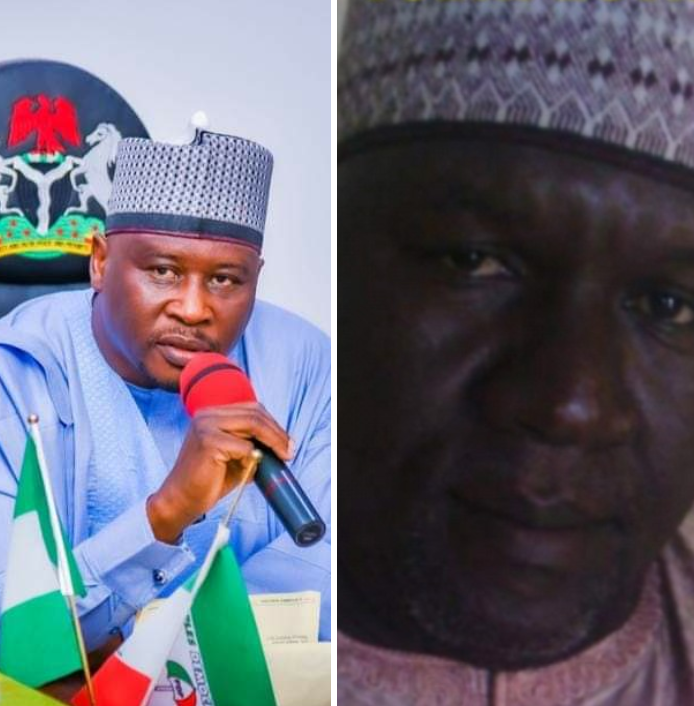 The public in Adamawa state, while enjoying government declared MAULID holiday under the suffocating total and indefinite curfew imposed to suppress the activities of the hoodlums vandalising and looting public and private properties in the state when a trending video emerged, said to have been released since yesterday.

VOA granted interview to a Jimeta based friend of the media, Hussain Gambo Bello Nakura on the Hoodlum-a-za-tion of the state.

Nakura conceived that there was conspiracy associated with the looting of food commodities in the government’s silos as people in government have been carting away food stuffs without even considering the guardsman.

Nakura blamed the incident to the state government, which he criticised has not been impressive attending to the welfare of the citizens, arguing that the federal government palliatives meant for the citizens in the state, have instead of getting to those for whom they were meant, were fantastically diverted, building a disconnect occasioned by mutual suspension between the government and the governed

The consequence of the disconnect, Nakura argued, was what instigated the youth restiveness to have reduced them wanton destructions to looting, typical of the republic of anarchists.

Another trending Audio was a recorded, telephone conversation alleged to be between the Governor and Nakura, which followed the Nakura interview, where the former warned the latter never to ever again interfere or discuss any issue relating to him.

This is coming on a day some Muslims celebrate as the birthday of Prophet when even the governor felicitated with the Muslims.

“VOA as in Voice of America is an internationally recognised media whose credibility lies in fairness and balanced reportage, which is lacking in the VOA for Voice of Adamawa trending video where Gumbo’s attack on the government was not allowed to be responded by even the governor’s aid. Or could the site be hacked? It does not however seemed to be doctored,” Yunusa Mohammed Abubakar a political analyst explained.

Media should not mar or fuel but must help in the management of crisis. Adamawa state is in need of advocacy for peace, mutual coexistence and restoration of law and order, against being reduced to the republic of hoodlums. The blame game should not at the moment, be the occupation of the media, helping for societal correctness.

“Nakura has his audiences, those who hail him constituting certain group of youths in Jimeta where the looting largely took its toll. He also belongs to the opposition party in the state.

Nakura alleged that there was no where palliatives have ever been distributed by the state government. The allegation is weighty and more dangerous being constrained by the right of response, unprofessional as well,” Yunusa observed. 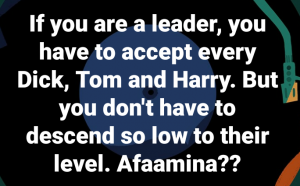 However, the Adamawa State governor, Rt. Hon. Ahmadu Umaru Fintiri has denied that there was a conversation between him and Nakura, threatening the latter.

Fintiri said that the audio circulating on social media since yesterday in which the Governor was heard threatening Nakura for making uncomplimentary remarks about him was merely doctored; a clear case of conspiracy.

Mr. Solomon Kumangar, Fintiri’s spokesperson, in a statement Thursday, denied that the report on his principal was correct.

The Governor’s aide has called on the good citizens of Adamawa to ignore desperate merchants of fake news, bent on spreading falsehood to mislead the public.

“We react to the utter falsehood and disgraceful lies, a report by so-called social media agents of the opposition in Adamawa which, Wednesday, claimed that Governor Fintiri threatened one Hussaini Gambo for making uncomplimentary remark against Him.

“This report is sheer fabrication and brazen effort by social media agents of the opposition in Adamawa and an online news medium to mislead the public.

“If you recall, the governor publicly announced that his administration is opened to constructive criticism, I believe the audio was doctored as this is not the first time a governor’s voice would be doctored in Adamawa and Nigeria; a former governor of Adamawa’s voice was doctored to rehearse “Ojippa Tan” so anything is possible in this digital age.

“The general public is hereby advised to ignore such stories that are intended to mislead the people and create unnecessary anxiety, as an irate Senator has made unguarded utterances against the governor. He never one day responded but kept calm. What is so special about Hussaini Gambo that the governor will threaten him,” the statement read.

The Periscope tried to reach those behind the VOA online Media to find out whether or not the blog was hacked for a one-sided report but the call was not picked.

The Periscope could not also get to reach Nakura to have his side of the story on the threat audio.