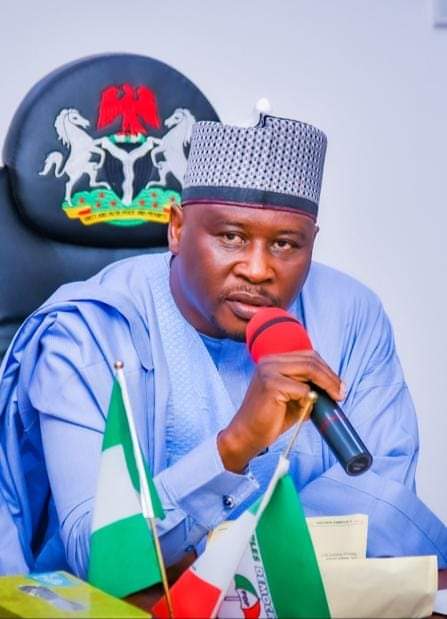 * He admitted that the damages were colossal; the activities of the hoodlums have taken the state backward.

* He called the citizens to resist utterances of mischief makers bent on adding insult upon injuries for disharmony and mutual mistrust.

* He observed relative calm and commended the conduct of citizens for remaining law abiding in the face of hardship.

* He emphasised that Adamawa project is a collective undertaking.

* He commended the citizens for compliance with the curfew and the misled for returning the looted properties.

* He disclosed that “so far, over 50% of the looted items have been recovered and more are being surrendered”.

* He acknowledged that it is not the character of Adamawa citizens to break the law or to be involved in brigandage.

* He relaxed the curfew from 8am to 6pm beginning from Friday 30th October 2020.

* He said checkpoints would be mounted at all the entry and exits points of the state to stop thieves from escaping with the unreturned looted properties.

* He pleaded with the citizens that the painfully taken measures “are noted to be the best way to prevent further attempts by recalcitrant hoodlums to railroad us into anarchy.”

* He appealed “for calm and assure our citizens that together we shall overcome this misfortune”.

Bellow is the full text of his address

WE SHALL OVERCOME BY GOVERNOR AHMADU UMARU FINTIRI ON THURSDAY 29TH OCTOBER 2020.

Fellow Citizens, circumstances that have unfolded since my last Address to you necessitates that I Address you once again.

I have moved round and assessed the damages and the extent to which the latest mayhem visited on our State has reversed the progress we have made in recovery from the backwardness we inherited.

I do admit that it is colossal even as I feel and share the pains of all our well-meaning citizens.

In the midst of all these, we must all resist the actions and utterances of those whose aim is to gain political mileage over our collective tragedy and misfortunes. Turning the unfortunate mayhem into an issue for political discourse, is the height of insensitivity whose level we cannot be reduced to.

I have reviewed the situation in the State with Security Operatives and duly observed that relative calm is returning across the State.

May I acknowledge and commend the conduct of our citizens who have remained law abiding in spite of the extreme difficulties they had to endure as a result of the measures taken to restore normalcy.

Once more, I feel indebted to all those who have openly and quietly supported and encouraged us to be firm and decisive in dealing with this matter.

As I have always emphasized, this is about the collective progress of Adamawa State regardless of which side one belongs.

Let me commend our citizens generally for their compliance with the curfew and sincerely appreciate those who were misled into participating in the loot, pillage and plunder of our common patrimony, for seeing reason in returning the looted items.

So far, over 50% of the looted items have been recovered and more are being surrendered.

It is not in the character of our citizens to break the law neither are we known for involvement in brigandage.

This is partly why there has been a tremendous response in the voluntary return of the valuable items that were carted away.

Based on the current outcomes and the fact that there is considerable demonstration of remorse and regrets from most of the good citizens who were misled into this unholy act by a few mobsters on the return of the loots, we have resolved to review the implementation strategy of the Executive Order which I signed yesterday.

Part of this review is the fact that the House-to-House search will no longer necessarily be in the form initially envisaged. We encourage landlords to talk to their tenants; Neighbours to talk to each other and parents to talk to their children, should there be any remnants of the loot in any of the households. Whistle blowers are doing their best in the recovery process, I encourage them to do more.
Consequently, Government has relaxed the current curfew regime from 8am to 6pm beginning from Friday 30th October 2020.We shall review this timings as situation warrants.

Meanwhile checkpoints will be mounted at all the entry and exits points of the State. This, for the moment is a measure taken to stop any attempt by the thieves to escape with the looted items out of the State.

Fellow citizens, you must bear with us as these measures are in our collective interests. They are noted to be the best way to prevent further attempts by recalcitrant hoodlums to railroad us into anarchy.

Finally, let me appeal for calm and assure our citizens that together we shall overcome this misfortune.