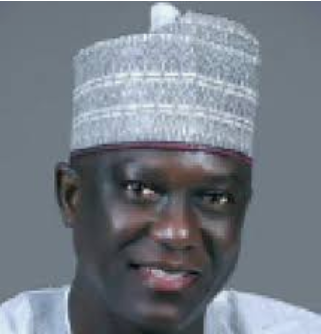 Until this Governor I have never been afraid for the life of ordinary citizens of Adamawa state who criticise any of our state Governors. I have lived from Governor Barde through Juta to Saleh Michika, Boni Haruna, Murtala Nyako, three months of James Barka, three months of Fintiri, Bala Ngilari and Governor Bindo, but I have never heard of a friend of a Governor who threatened to kill a citizen for criticising a Governor or now, a Governor himself, who threatened ‘ya ci mutuncin’ citizen for any criticism.

You need to listen to the whole audio. It is indeed very very scary and was worrisome to all well meaning citizens of Adamawa state who listened to that audio recording. But since the first threat uttered by the Governor’s friend was an isolated incident, people chose to ignore it. Unfortunately the Governor has himself threatened another citizen. And the threat has also been recorded. It goes like this –

Threat to ‘life’ and threat of ‘cin mutunci’ is a new but very dangerous precedent which Adamawa citizens must not allow anybody to lay in our politics. We must not allow the threat whether of “zan yankaka” which is plain Hausa that means “I will slaughter you” or “zan ci mutuncin ka” which is a Hausa innuendo that may mean ‘anything’ from killing, maiming to imprisonment as naively referred to by Hussseini Gambo himself.

Politically motivated killings are not new in Nigeria. People have disappeared during the military under the Jack boot. But non, to my knowledge, has ever happened here under any civilian administration. These two audio recordings of threats to life and threat to ‘mutunci’ evidenced a high level of intolerance and desperation by the present crop of leadership in Adamawa state.

The Governor and his friends need to be reminded that long past are the days of the military and past much longer, are the days of Monarchs and Feudal Lords who believed that the king can do no wrong and that peasants were there to serve their every whim. We are in a democracy, which is government of the people, by the people and for the people.

Governor Boni Haruna had tolerated dissent. For Nyako who I worked with, I remember the picture of a lady that was posted on the Internet by political opponents in which he was showed seated in an Aircraft with the lady on his laps when he was Governor. Governor Nyako often joked about it. He had asked me time without number “Sadiq ina hotonan na ka ”? Anytime I showed him the picture on my IPad, he would laugh ‘kiki kiki’. Nyako never threatened anybody. He had been maligned and called names by people that were younger than his grandchildren. Governor Bindo was called names too but he never cared about it. He was tolerant of alternative views.

We must therefore not allow anybody in this 21st century to bring political censorship into Adamawa state politics. Censorship thrives only in dictatorship, an era that is long gone, and hopefully, for ever.

I have known Husseini Gambo as a public commentator from Boni Haruna days. He has been fearless and a thorn in the flesh of every administration that I knew or worked with in Adamawa state. But I know of no Governor who has threatened him with ‘zan ci mutuncin ka’. Tom Garba I knew not until the audio on the threat to his life went virile. I will not support any threat to his life for probing, on our behalf, activities of persons who offer to serve their citizens.

The Governor is not a Public servant. He is the Public’s servant who has been hired by them to serve, and must therefore learn to be tolerant or be fired for being a danger to the lives of citizens and a threat to democracy.

For now on, should anything happen to Tom Garba or Husseini Gambo, or should any politician with opposing view to the Governor disappear, the road to where police should start investigating the case is well paved.

The legal perspective is next …