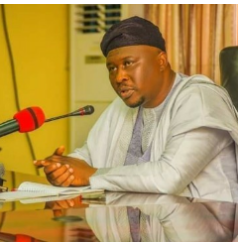 Adamawa State Government has reviewed the Twelve (12) Hour curfew earlier imposed following the activities of hoodlums who were bent on reducing the peaceful coexistence state to the republic of looters.

The press release Monday, signed by the Press Secretary to the Governor, Mr. Humwashi Wonosikou explained that “the curfew earlier imposed from 6pm to 8am has now been relaxed with immediate effect. People are allowed to move around and go about their normal businesses from 6am to 10pm.

“Governor Ahmadu Umaru Fintiri said the prelude to this is the cooperation from the citizens who complied with the directive to return the looted items.

“He commended the orderliness exhibited during this trying period. He said “we as a people are resolute to move this State forward”.

“Rt. Hon. Fintiri therefore expressed his deep appreciation to citizens of Adamawa State for their show of understanding and commended them for being disciplined followers.

“He also appreciates the role played by Traditional, Community and Religious Leaders for their peace building initiatives during the period, describing it as a show of great respect.

“As we put this events behind us, I assure you that I will not relent, but ensure that all we have set to achieve are achieved”. The statement read.