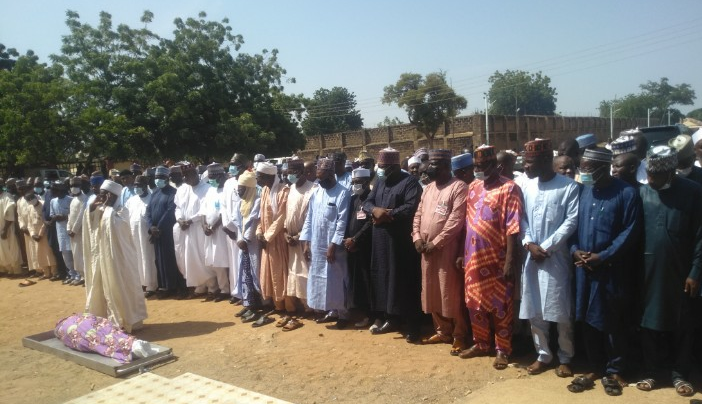 Hajiya Rashida died in Sunday while Hajiya Mairo died on Tuesday. They both died at FMC Yola and were buried according to Islamic rite

Tafarki Academy turns out terrific, tested and trusted as having high academic taste for both learning and moulding character for a societal reorientation, to make the state better against those working on the script to reduce the state to either the republic of liars, or the republic of hypocrites and/or the republic of looters who takes public property as nothing other than booty.

Rumbun Adamawa, apart from his appreciable performances as LG chairman, it is said that he was one of the rear chief executives in the state who hearkened to a media enlightened call, advocated by the public relations practitioner, taken a formula that performance and publicity equal to public relations.

However excellent is the performance, without adequate publicity, the impact could hardly get to be noticed. Little wonder that Rumbun Adamawa is considered as the most media friendly LG chairman.m in the state.

Hon Idi is a Fellow member of the Institute of Business Diplomacy and Financial Management IBDFM among other professional bodies. The presence of the IBDFM members in Adamawa state to participate in the burial rite and to join in the mourning speak volumes.

The Periscope has had an exclusive interview with the LG chair the night previously on the Nakura court case and governorship candidacy poster advertised via social media, billed to be published today.

However, the Periscope is in mourning, therefore, it should be packaged for a breakfast tomorrow morning.

The Periscope prays that may Allah SWT forgive the mistakes. May the souls of the departed to Jannatul Firdaus as the resting place.
May Allah SWT grant those the departed have left behind the fortitude to bear the irreparable loss. PEACE!