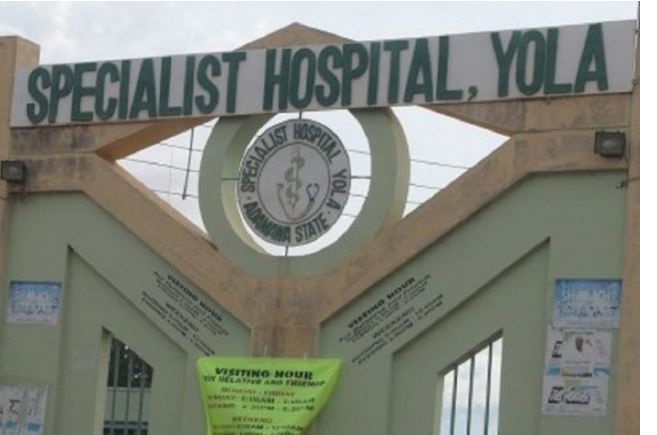 A magistrate court I sitting in Yola has remanded a Yola based medical doctor, Dr. Philip T. Duru for allegedly raping a married patient.

Reports indicated that the accused doctor is a staff of specialist hospital Yola, the Adamawa state capital.

A the police prosecutor alleged that the medical doctor performed the dastardly act after examining the victim who happens to be a married woman in his private clinic/ laboratory located near the Specialist hospital.

Investigation revealed that the offence was reportedly committed on Thursday 5th November 2020 contrary to section 64 and 260 of the panel code.

The presiding magistrate Aliyu Bawuro after preliminary hearing of the case adjourned to 26th November 2020 for further hearing and ordered the suspect to be remanded in Yolde Pate correctional center in Yola.

When contacted, police spokesman in the state, DSP Suleiman Nguroje said that ‘’Actually, it’s true, the matter was reported to police through a complaint made by the victim that on the fateful day she and her husband visited the hospital where she met the doctor concerned about some health challenges.

‘’The doctor placed her on some medical tests, and he decided to make some checking, eventually, she alleged that he had penetrated her, as she believes the man applied tactics in penetrating her and that’s what prompted her to report the matter.

“After receiving the report the police swung into action by inviting the suspect who was given ample opportunity to give his side of the story, knowing fully that investigation is still ongoing and decided to arraign him before a court while we await the outcome of the investigation.

“The Command is doing everything legally possible to gather both human and material pieces of evidence that will help the command to establish the offense leveled against him.

“Not withstanding, he equally has rights to raise all his defenses to earn his freedom and the matter as I am talking to you is before the Chief Magistrate court while investigation still going on.

“The incident happened on Thursday 5th November when the woman made a complaint of penile penetration against the doctor while examining her,” he said.

Efforts to get the state chairman of Nigeria Medical Association proved abortive as management of Yola Specialist hospital declined to comment on the matter.