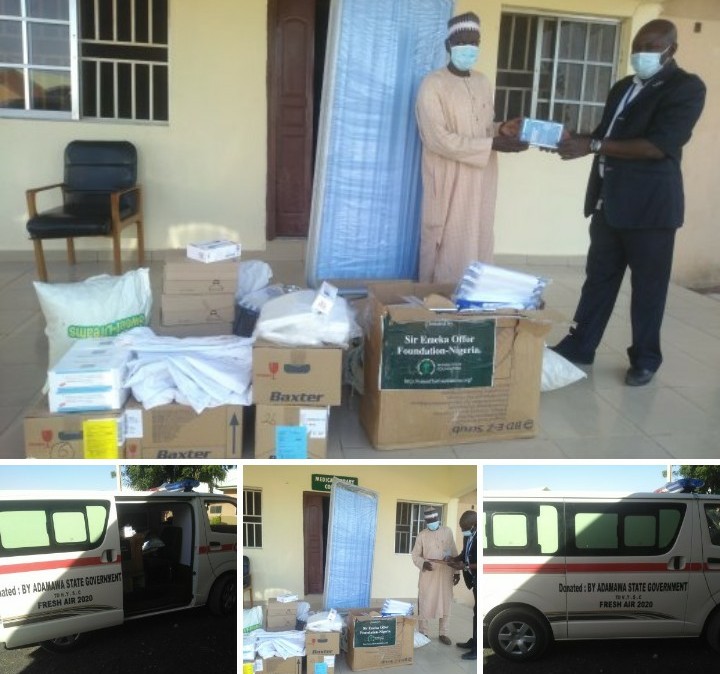 National Youth Service Corpse NYSC members would not have been redeployed to the permanent orientation camp in Damare, Girei local government area, central senatorial district of Adamawa state, northeast Nigeria, following the barbaric activities of hoodlums cocooned in #EndSARS protest that was clearly aimed at degenerating the state into the republic of vandals and looters for anarchy but for the aggressive intervention of the Adamawa state government.

The vandalisation and looting at the Damare camp was by the Periscope’s assessment, 100%; so horrible, terrible and miserable; someone has likened it to Satanic.

Hostels were touched, 4800 mattrasses, more than 150 ceiling fans, NYSC kits, clinic apparatus and all equipment were carted away and clinic ambulance was destroyed beyond repairs.

No sensible government would send graduates for orientation in the name of NYSC with the descriptive condition of the damaged Damare camp as crudely presented above.

However, Adamawa state governor, Rt Hon Ahmadu Umaru Fintiri could have known the value of NYSC, probably more than word could explain in terms of cohesion, and national integration, which defined the beauty belies unity in diversity beyond the wall of university.

How cheap the labour without any air about industrial action the corps members could also get to offer to the state; Fintiri immediately directed for the renovation and fixing of what were vandalised and looted at the NYSC orientation camp.

The Fintiri led government also provided 1000 mattrasses, 50 ceiling fans, brand new referred to as (tear leather) ambulance in addition to the renovation of the camp clinic. 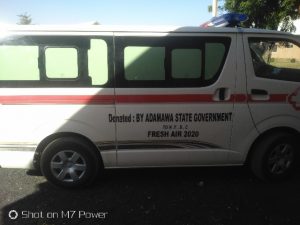 Mr. Ishaya Samuel is the head of clinic at the Damare NYSC orientation camp. He revealed to the Periscope that apart from the state government’s intervention the donation of medical items by Prof. Auwal Muhammad Abubakar’s led management of the Federal Medical Centre, FMC Yola is the most outstanding organisational intervention.

Store officer with FMC Yola, Yakubu Abubakar presented the medical items to the NYSC on behalf of the management of the health facility.

Receiving the items on behalf of the NYSC, the head of the orientation camp clinic, Mr. Ishaya Samuel, having thanked the management of the FMC, assured that the medical items would be put to use accordingly.

The medical items were conveyed from FMC Yola to the Damare NYSC orientation camp using the ambulance donated by the Adamawa state government.

Below is the list of the donated medical items by FMC Yola: 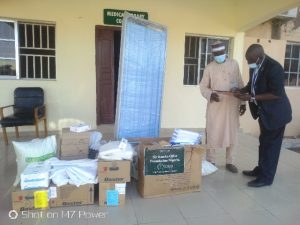