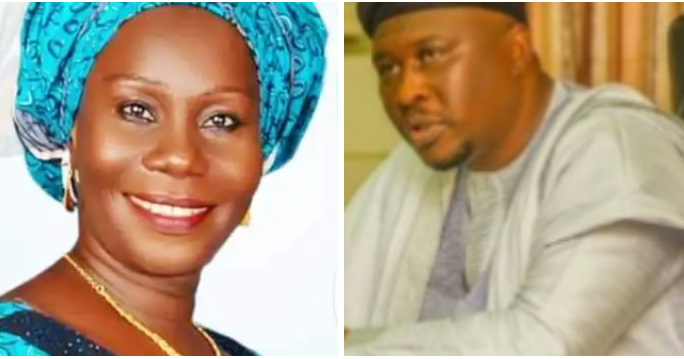 Adamawa state governor, Rt. Hon. Ahmadu Umaru Fintiri has congratulated ace broadcaster with NTA, Ladi Bala, over her victory at the just concluded National Association of Women Journalists (NAWOJ), elections, which was held in Minna, the Niger state capital over the weekend; saying that the women journalists have made the right choice.

The press release Tuesday, signed by the press secretary to the governor, Mr. Humwashi Wonosikou revealed that Fintiri is proud of the achievements and trajectories of Ladi Bala, an indigene of the state who started her career with the state television ATV Yola before joining the NTA and rose by dint of hard work to occupy the most exalted position in journalism.

”Rt. Hon. Ahmadu Umaru Fintiri describes her victory as “Path-breaking, and a matter of immense pride not just to NAWOJ but for all Adamawa citizens. Congratulations on your momentous victory,” he said.

The Governor said as the number one citizen of Adamawa, “I could not be prouder to congratulate the next National President. I know Ladi will do the job with the best interests of everyone, whether or not she had their votes.”

Fintiri expressed optimism that Ladi will make a difference having served as Adamawa state coordinator of the union as well as two term National Secretary, a position she holds before emerging National President at the Minna national delegates Congress.

While encouraging Nawojian’s to give Ladi a chance and lend her support, he stressed that “I am certain that NAWOJ is set for transformation and consolidation of achievements of the outgoing executive. Her emergence is not just victory to her campaign team, but NAWOJ that would experience continuity in terms of standard and decorum in practice.”

Governor Fintiri also advised the President-elect to work towards healing deep wounds, saying, “many are counting on you to lead the way. By voting in record numbers, NAWOJ has proved again that the unity of the association is strong.

“Congratulations. I am proud of your well-run campaign and looking forward to seeing the positive changes you bring to Journalism in Nigeria.”