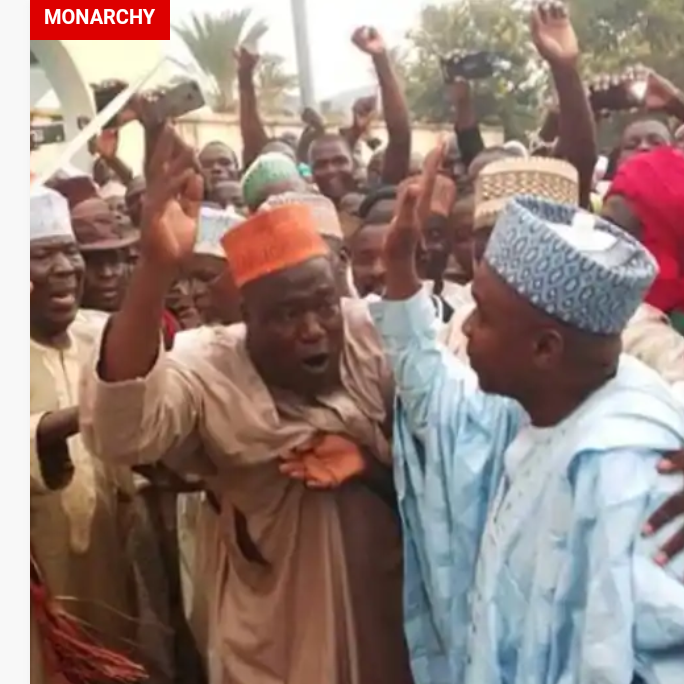 The district palace has been vacant for over six years, making a metaphor to the barrenness with emptiness in terms of federal and state presence in not only the district but the local government as a whole.

The death of the district head of Jalingo-Maiha Alh. Abubakar Sulaiman the Ubandoma Mubi, over six years ago was an irreparable loss with an unending memory. Everything seemed to have stopped.

The Bindow led government only renovated without fully equipping the cottage hospital as the only developmental legacy, the son of the soil as a governor would leave.

Bindow’s greatest legacy however, lies in his attempt to disorder the monarchical order by superimposing a nephew of a village head on an established community with long history of solid monarchy, as a district head.

The heir to the stool, backed by the community challenged the tyranny before the law and the legitimacy was won after a long legal tussle, which ought not to have taken so long.

On September 25, 2020, the Periscope reported that “the Creator has done it again. The architects, lacking the will, are summarily put to silence fame of shame with the determination of the court of appeal that upheld the Yola high court judgement on who mounts the stool as the legitimate monarch in Jalingo-Maiha district”.

The Bindow appointed whom a Yola High Court has restrained from parading himself as district head, is finally reawakened from his long dream of a clearly impossible mission to the district head stool in Jalingo-Maiha.

The people of Jalingo-Maiha district have been celebrating in waiting. The long waiting is now becoming a source of worry breeding rumours.

It is about two months with the appeal court ruling, Barr Mahmud the appeal court declared district head as selected by the Mubi Emirate Council, making the community’s choice, is yet to receive his appointment letter, the community was told. Therefore, he would not even visit the district.

There have been deaths connected to royalties in the state but the appointments without undue delays with other experience, is what makes the difference. The people of Jalingo-Maiha district wonder why the unfortunate experience, the undue delay in the return of the legitimate district head?

“It’s long overdue for our legitimate district head to come home and take over the stool. Jalingo-Maiha district needs peace and unity, progress and development like any other district,” a sage would remark.