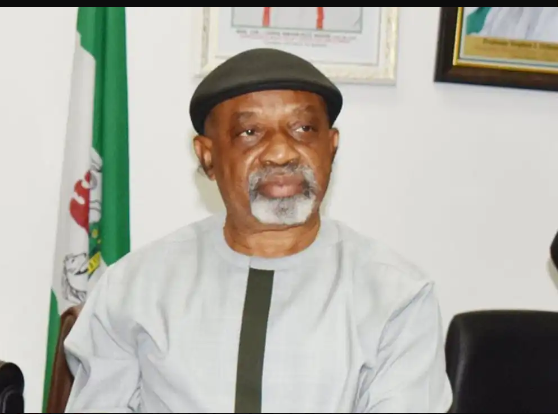 The Minister of Labour and Productivity, Chris Ngige, has circulated a statement, providing updates on the ongoing strike by ASUU and the steps so far taken by government to resolve the crisis.

Mr Ngige accused ASUU of misrepresenting some of the agreements government reached with it.

Below is the full text of the press statement .

WE HAVE KEPT OUR PROMISES TO ASUU -FG

The Federal Government has faulted claims by the President of the Academic Staff Union of Universities ( ASUU) Biodun Ogunyemi that it has failed to deliver on the timelines on offers made to the union and that University teachers cannot return to classes on “ empty stomach.”

Dismissing the claims by ASUU, the Minister of Labour and Employment, Sen. Chris Ngige said that while it is true that some of the offers made to ASUU have timelines, the same timelines have faithfully been complied with .

“ For instance, the Federal Government promised to constitute a Negotiation Committee for the 2009 Agreement and has fulfilled it with the last week’s inauguration of the committee that has Prof. Muzali as chairman.

“ The N40b Earned Academic Allowances/ Earned Allowances have also been processed just as the N30b revitalization Fund, bringing it to a total of N70b .

“ Likewise, the Visitation Panels for the Universities have been approved by the President but the panel cannot perform its responsibilities until the shut universities are re-opened. The gazzeting is also being rounded off at the Office of Attorney General of the Federation while the Ministry of Education is ready to inaugurate the various visitation panels.

“ Similarly, Government agreed to pay salaries, allowances of Earned Academic Allowances/ Earned Allowances with a hybrid platform that is not hundred percent IPPIS as requested by ASUU while UTAS is undergoing usability and integrity test at National Information Technology Development Agency (NITDA) as demanded by ASUU

“ I therefore state without equivocation that every offer with timeline has been faithfully fulfilled as promised by government .”

The Minister noted that it is false and discomforting for ASUU to wrongly inform the general public that the Federal Government agreed to pay all withheld salaries before it will resume work .

“The truth of the matter is that a ‘Gentleman Agreement’ was reached at the last meeting in which ASUU agreed to call off strike before December 9, 2020 and the Minister in turn agreed that once the strike is called off , he would get a presidential waiver for ASSU to be paid the remainder of their salaries on or before December 9, 2020 .

Part of the proposal ASUU took back on November 27, 2020 reads , “ the Hon Minister of Labour and Employment informed that he had consulted with the Hon Minister of Education on getting a waiver on the issue of No Work , No Pay as stipulated in Sec. 43 of the Trade Dispute Act, Cap T8, Laws of the Federation of Nigeria( LFN )2004 , but a reservation has been made concerning this request because of the ongoing strike by ASUU. The HML&E therefore agreed to work on this to be actualized before Wednesday , December 9, 2020.”

“ For avoidance of doubt and for clarity , it should be stated that ASUU began warning strike on March 9 , 2020 and went into full blown industrial action on the 23rdof the same month over IPPIS payment platform .

“ With the lockdown at the peak of the Covid-19 pandemic, the Minister got a special presidential approval to demonstrate good faith to ASUU members that government is not on vengeful mission or out to starve ASUU to death as some of them are claiming . They were subsequently paid for two months of February and March after which it was extended to April, May and June, months they were on strike on compassionate ground , bringing it to five months. This was done because of the Covid-19 pandemic and its deleterious effects on incomes of all workers and their families as government reasoned that ASUU members also have families.

“The Minister later invited ASUU to a virtual conciliatory meeting which they turned down. He further requested them to show good faith over the five months salaries government made to them by returning to classroom and start virtual and online teaching as being done by private universities , while government sorts out the rest of their requests , they also refused.

“ It is therefore unbelievable that ASUU President claimed that government agreed to pay outright, the entire money of the period of strike to them, even for staying at home and refusing to do either virtual teaching or research .

“ I wish to emphasize further that the outstanding salaries to ASUU is for the month of July , August , September and October as no federal public servant has been paid for November 2020. Hence, it is baseless for ASUU to claim it cannot go back to school on empty stomach while government has on compassionate grounds, paid five months salaries out of the nine months they have been on strike .

“ ASUU is fully aware of the principle of No Work, No Pay of the Sec. 43 of the Trade Disputes Act under which many unions like National Association of Residents Doctors( NARD) in 2017 and Joint Health Sector Unions (JOHESU) in 2018 among others have lost salaries as a result of strike .

“ It is consequently important to inform Nigerans, especially parents that Federal Government is asking ASUU to go back to work and when they do, the Ministers of Labour, Finance and Education will put up a memo to deal with the outstanding four months of salaries. Asking government to pay these four months before it goes back to work, means ASUU is placing itself above the law of the land and no government will encourage, it as it is a recipe for chaos in the labour milieu .”

“ Finally , the Federal Government will continue to engage ASUU in the spirit of social dialogue which the Ministry of Labour and Employment has been encouraging based on the ILO Principle on decent work.”