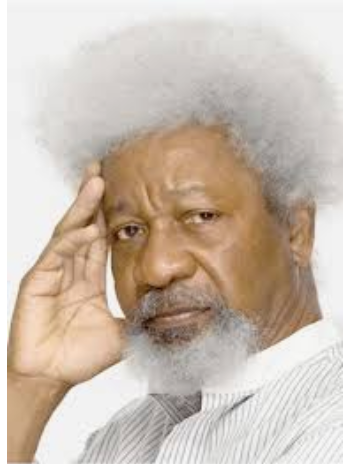 Mr Soyinka has been a critic of bad governance in Nigeria, other African countries and despots generally across the globe since the 60s.

He disclosed this on Wednesday while speaking on the various challenges that rocked the country in 2020.

Mr Soyinka, a Professor of Comparative Literature and Nobel Prize winner for Literature in 1986, said 2020 was one of the most pessimistic years for him because of failures of leaders to manage the challenges confronting the nation.

The Punch Newspaper reported that the scholar made the statement at the presentation of his new book: “Chronicles of the happiest people on earth” in Ibadan, Oyo State.

Mr Soyinka also reportedly said the book, with over 500 pages, took him about 40 years to put together.

“With the turbulence that characterises year 2020, and as activities wind down, the mood has been repugnant and very negative’, he was quoted to have said.

“I don’t want to sound pessimistic but this is one of the most pessimistic years I have known in this nation and it wasn’t just because of COVID-19, no. Natural disasters had happened elsewhere but how have you managed to take such in their strides?”.

“As I had said before, you don’t believe, in many instances, that anybody is in charge. That, really, it is a parlous condition for any nation. So, I am afraid it has not been a very good year for me generally”.

Mr Soyinka has been a critic of successive governments in Nigeria, other African countries and despots generally across the globe since the 60s.

He has also been arrested on several occasions for his kind of activism against the country’s many military dictators, as well as other political tyrannies.