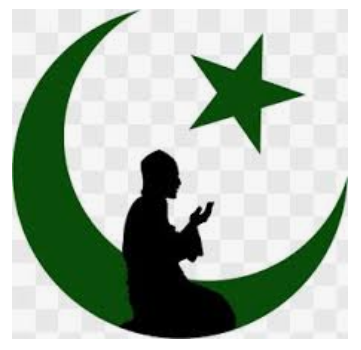 By Dr. Aliyu U. Tilde, Bauchi

I will start with a footnote on the billionaire Bishop, David Bello Oyedepo. He was born a Muslim, named Hasan by his father Bello Oyedepo. His mother was a Christian who converted to Islam when she married Bello. Bello had three other wives. After his higher education, Hasan became David. He instantly became a strong, aggressive and successful Christian activist. With his stupendous wealth, he reverted his mother to Christianity; then his father and brothers; then all except his three stepmothers who stuck to their guns and died Muslims. The last of them—Aasiyat— is the subject matter of this piece.

I set out searching for her in late 2013 when I read about how Bishop Oyedepo allegedly prophesized that she will die a miserably poor woman unless she converts to Christianity, like most other members of his family. Muslims on social media were shocked by the Bishop’s utterances.

After reading about her, I set out to meet her in 2013. I visited the headquarters of the Living Faith Church in Iyana Apaja, Lagos. Someone in a nearby mosque told me that the native home of the Oyedepos is in Omuaran, Kwara State. I drove to Ilorin the following morning and arrived Omuaran during Juma’ah congregation. After the prayer, I met the leaders of the mosque, introduced myself and asked about “Bishop Oyedepo’s sister who refused to convert to Christianity.” They became sceptical and started to interrogate me. They even brought a Fulani herder to confirm that I was indeed Fulani.

Finally, I was handed over to one brother, Bello Saad Bamidele, with whom we drove a short distance before arriving at the Oyedepo family house. Behind the front block was a flat in which a woman in her sixties was living. Bello entered and announced our arrival. After she was ready, I was ushered into her parlour. She was shy, full of smiles, but few words. She spoke only Yoruba; so Bello was very handy at the time and on my subsequent visits to her.

I did not want to open fresh wounds especially giving her shy nature; so I avoided asking her about her relationship with David. Instead, we focussed on Islam. I told her that it saddens other Muslims to learn about the pressure on her to convert to Christianity and salute her resolve to remain Muslim. I expressed the solidarity of other Nigerian Muslims with her and recounted the testimony that God gave about her namesake, the wife of Pharaoh, who kept her faith in the face of difficulties and, before God, became a symbol of faith who prayed to Him for a house in Heaven and rescue from Pharaoh and oppression.

Before I left her that afternoon, I asked Aasiyat if she had a request before the Muslim Ummah. She smiled and dropped her head for a while. Finally, when she gathered the courage to open up, she giraffed and whispered into the ear of Bello, who, having heard her request, shouted Allahu akbar! “What did she say,” I enquired, impatiently. He said, “She will love to fulfil her lifetime ambition—a pilgrimage to Mecca.” Look! She did not ask for money. Not a house or anything material. But just a spiritual journey. I told her that it was a modest request and we will pray that God grants it..

Alhamdulillah. He did. By the time the Hajj season commenced in 2014, I got in touch with a great sister, Fatima Afolore Jimoh, the then Secretary of the Pilgrims Board in Ilorin. She assured me of a seat and helped a lot to see that things went well. I linked her up with Bello in Omuaran and all arrangement were completed. The scheme nearly got k-legged when Aasiyat’s sons and other family members discovered she would travel to Mecca. They started agitating against it but we were faster, alhamdulillah.

We quickly ‘abducted’ Aasiyat from Omuaran, shipped her to Ilorin and hid her in a house until her day of departure to the Holy Land. Kudos to Fatima. What a great sister she is!

Aasiyat performed her hajj successfully without any hitch and returned from Mecca a very happy Muslim. She was all smiles when I visited her. She held a ceremony, thanking God for that. The Muslim community of Omuaran continued to support her especially when she fell sick lately. When we spoke last Monday, Saad told me she has recovered from a severe sickness. This morning, he told me that she relapsed and taken to a hospital in Ibadan, where she died last night. The most interesting part was that she was blessed with the Kalimah as her last word. Mashaallah!

And so was the end, here, for her. I salute her resolve to live by her conviction as I saluted the Boko Haram abducted girl—Liya Sharibu—who refused to convert to Islam as demanded by her captors. Aasiyat and the two cowives that died before her chose to remain Muslim. That is the power of conviction. She would have succumbed to the pressure from her two sons—surely the dearest to her heart—both of whom are now pastors, converted to Christianity by Bishop Oyedepo. No. She chose God over man and the Hereafter over the temporary glitters of this world. She died committed to her choice, a symbol of faith and conviction.

Sister Aasiyat Bello Oyedepo, the Princess of Islam, will be buried tomorrow afternoon in her native town of Omuaran. Our sincere condolences go to the Muslim community of Omuaran and Kwara State in general, to all those who anchored her in faith, including Bello and Sister Fatima. Our condolences also to the Oyedepos, including the Bishop David. May he soon revert to Hasan before he leaves the glitters of this world behind. Amin yaa Rabb! Nothing is beyond Him.

May the Princess of the Faithful, Aasiyat, meet in Heaven the symbols of faith—her namesake and Virgin Mary—where they will together dwell in the gardens and rivers which their Lord promised the righteous:

“Lo! The righteous will dwell among gardens and rivers.
Firmly established in the favour of a Mighty King.” (54:54-55)