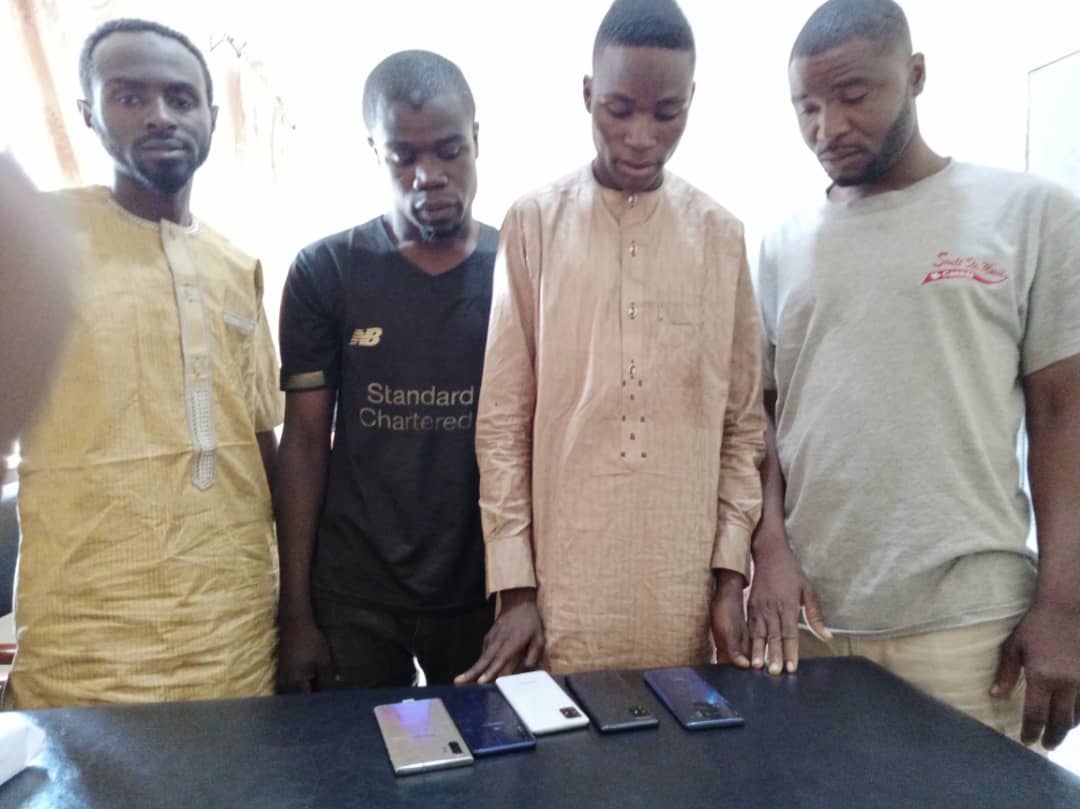 The press release Thursday, issued by the Police Public Relations Officer DSP Sulaiman Yahaya Nguroje revealed that the Command has yesterday, “received report from one Engineer Babangida Yusuf, a resident of Karewa extension, Yola North LGA that he was attacked in his house, placed at gunpoint and was robbed of his belongings.

“The four suspects, Ibrahim Musa 24, Abdulrazaq Abubakar 25, Ishaya Musa 32 and Wakil Muhammad 30 are all residents of Mubi south and Yola North LGAs, with others atlarge.

“Findings so far revealed that the suspects are not only engaged in robbery activities but also specialised in receiving stolen handsets and change the IMEI numbers to prevent recovery.

“Investigations further revealed that the kingpins were planning to move the stolen items to the neighboring Country (Cameroon) for disposal before their arrest.

“Meanwhile, as part of efforts at tackling armed robbery and cyber related offences, the Commissioner of Police Olugbenga Adeyanju who is working assiduously, deepening intelligence and strengthening security in the state has directed that the suspects would be arraigned in court on completion of investigations.