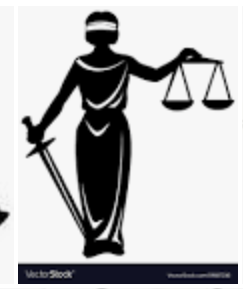 * If I may ask, why is it that it is only the aliens who have no any link with Jalingo-Maiha district that are working the script against the established monarchy in Jalingo-Maiha? – The sage

Close to three months after the determination of the Appeal Court, which affirmed the High Court judgement that declared the heir; Mahmud Abubakar Sulaiman as the legitimate district head of Jalingo-Maiha, Adamawa state governor is yet to approve the appointment in tune with the court order.

“A Court Order is a Court Order. It must therefore come to pass. It’s a Court Order that legitimised the present governor of Adamawa state among other governments. It is therefore surprising the delay in the implementation of the Court Order, having been determined by the Court of Appeal; by now Barr Mahmud ought to have been served a letter of appointment as district head of Jalingo-Maiha, just as the Adamawa state governor was returned elected by the court order.

“Former governor Bindow of Adamawa state, who would interfere in the affairs of the traditional authority against law and would not honour the court order to reverse the illegal appointment he granted to the illegitimate district head of Jalingo-Maiha, was also a beneficiary of the Court order that returned him as governor.

“The fact that Barr Mahmud is a Fulani that someone, a minority from a remote village in Fufore, a local government that is predominantly Fulani has misgiving about him as the court declared district head because he is considered as a Fulani shouldn’t at all frustrate the prompt implementation of the Court Order,” Yunusa Abubakar a critical thinker would articulate.

“It beats every critical imagination the criminal thought, conceived by the allied aliens against established monarchy, dated back 1800s that the heir whose greatest of the greatest great of the grand-greatest grandparents were those whom the Bn Fodio leadership flag was handed over to, the heir whom the courts decided by endorsing the Emirate Council’s selected, whose name was submitted to the state governor only for approval of appointment in tune with the non interference with the traditional authority, could be labeled as non native after over 200 years.

“The chronic-know-nothing ethnocentric, filled with venomous sentiment need to study Modibbo Adama, the Adamawa Emirate and indeed Fombina dynasty, should they be suffering from defective memory,” a sage would articulate.

Mbaya is a dirge to the legitimate Nzanyi tribesmen, lamenting the dead as part of a funeral rite.

However, the celebrating without cogent cause aliens who have taken to dancing Mbaya in Humbutudi, a village in Pakka district away from Jalingo-Maiha, insinuated that “like former governor Muhammadu Umaru Jibrilla Bindow, court order is immaterial to the present governor Ahmadu Umaru Fintiri of Adamawa state; the appointment of Mahmud Abubakar as district head of Jalingo-Maiha will not be granted,” instead, Idi Usman Shehu, the court denied, will be reinstalled as district head.

They would articulate that their mentors have captivating mento mouthed that could convince the chief executive, without taking weed, for not being in Jamaica, against the legitimate monarchy in Jalingo-Maiha district.

What that would have meant is left to those who could be engaged, to conjure up, added to the baseless, unconstructive argument that he who has the least votes cast in the nomination by the village heads ought not to have been selected by the Emirate Council and be presented to the governor for the approval of appointment.

“That was the insinustion the Mbaya dancers in Humbutudi, counting their chickens before they are hatched, speculating as would be a convincing argument crafted by their non Jalingo-Maiha chiefs of the Fulani hate conspiracy before the chief executive, justifying their jubilation.

“Is there any cogent reason, concrete argument worth more than the court injunction? Does the law mean anything to the chronic-know-nothing?

“The Mubi Emirate Council would simply explain why it would not present any candidate again to the governor for approval of appointment as it would amount to contempt of court order. The Council is also satisfied with the candidate earlier presented.

“The Council would make reference to the case of Madagali district among others, where the present district head got just a vote out of four votes but considering him as the most qualified, he was unanimously selected by the Emirate Council and recommended to the governor for the approval of appointment as district head for which the former governor Bindow endorsed.

“No one complained against that; no fuss, no muss.

“Mahmud Abubakar Sulaiman is the only close to the stool between the nominated two, having his late father and ancestors being the occupants of the stool. Did Idi tell you who and where was his grandfather?

“If I may ask, why is it that it is only the aliens who have no any link with Jalingo-Maiha district that are working the script against the established monarchy in Jalingo-Maiha?” The sage would argue.

Responding to the Mbaya dancers who took their jubilation to Humbutudi, because, as the insinustion would permit, the district head they were supporting, who was restrained by the court and suspended from Jalingo-Maiha by the governor would be installed as district head, the youths in Jalingo-Maiha have scheduled Saturday and Monday for peace pilgrimage around the town, demanding for the return of Mahmud, the High Court decided and the Appeal Court affirmed district head.

“We demand the return of Barr. Mahmud Abubakar Sulaiman our legitimate district head, since both the High Court and the Appeal Court have affirmed the Mubi Emirate Council’s selection as was presented to the governor for the approval of appointment.

“The peaceful march to begin on Saturday, will terminate at the residence of the acting district head, where we shall present our demands to be forwarded to the Mubi Emirate Council. While the march on Monday will terminate at the state secretariat, where we will present our peaceful demand to the local council to be forwarded to the chief executive of the state.

“We shall also write to the security agencies in the LGA intimating them of our peaceful intention, since we don’t wish to have Mbaya dirge danced on anyone for a deceased. We only need to have our legitimate district head back to the palace,” the youths would say.